Bernard Bunye of Cold Spring is a manager for film, television and theater actors. 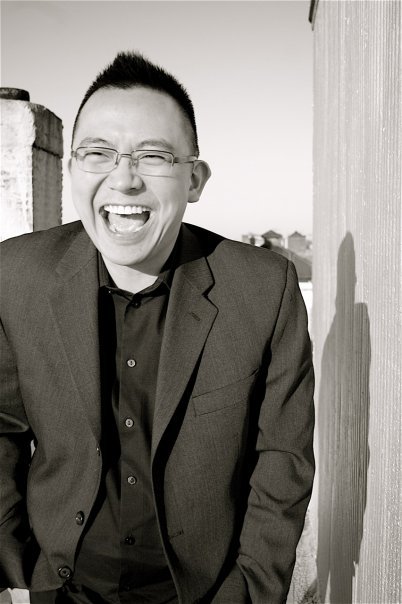 You’ve been a talent manager for 13 years. But I imagine you did something else before that.
I worked as a waiter at high-end restaurants in New York City.

How did you get into that?
I read that chef Thomas Keller was opening a restaurant, Per Se, and needed staff. I had zero fine-dining experience, but I sent my resume. I thought they’d get all the Culinary Institute and Cornell Hospitality applicants, but I got the call. I was in Cleveland, where I grew up, so I booked a flight to New York with a same-day return. I met with management. They didn’t know any of the restaurants I had worked in. They asked me if I had done tableside service, which I hadn’t. But because I had nothing to lose, I was loose. They asked me philosophical questions, but nothing about my training. It was clear they were looking for the right personality. My desire to be good at hospitality was something they felt.

Was the training intimidating?
We’d go for eight hours a day learning about caviar, cheeses. At Per Se, there were three menus. They’d tell us not to memorize, that usually you could intuit certain elements of the dish. Some servers responded to this method, but others missed the comfort of memorizing. For them, working like that was exhausting. Eventually I found less intense places to work.

Were you a foodie as a kid?
It wasn’t until I was in college that I started thinking about food. I was attracted to the hospitality industry; I’m a people person. I walked into a place, intending to get soup for my girlfriend. The manager and I got to talking, and she asked me if I was looking for a job. Being in an office wasn’t for me, and it was great to get that handful of cash at the end of the night. I learned that the most critical element of being a good waiter is attention to detail. People get annoyed when you don’t get it right, because it’s an indication that you don’t care. As a customer, I am forgiving of a lot of things that can go wrong in the service, but when I feel the person doesn’t care, I’m put out. For me there’s a joy in making people happy with food. It’s a cheap thrill.

What led you to move on?
I was working at Restaurant Saul in Brooklyn. But I was always interested in the entertainment business, too. I saw this name, Tom Gilroy, on the reservation list and I wondered if he was the filmmaker. At the end of his meal I told him I loved Spring Forward. He was struck that I had seen it. The next week he came back, and asked me if I’d come work with him. Six months later, he said his manager had lost her assistant. I didn’t know what a manager was. During the interview, she’s asking me about Tom. I’m in the middle of a story when she says, “You can stop talking. I work on gut, and I know it when I see it.” I thought I had to take the job because that was so brave of her.

What gives you satisfaction in this new field?
I love interacting with actors. Actors are people who want to give you a gift. I’ve found a way to do the thing they are not good at — make decisions to grow their career. Few people understand actors’ wants and needs in a fundamental way. I never want actors to feel inauthentic — I’m not going to force it. I’ll read the piece; I’ll ask them if they can imagine themselves doing it. I want good things to happen to them. Plus, I’m still always asking people what they would like to drink.