Betty Ann McAndrew, 95, a longtime resident of Cold Spring, died at her home in Orange County on May 1, with her family by her side. 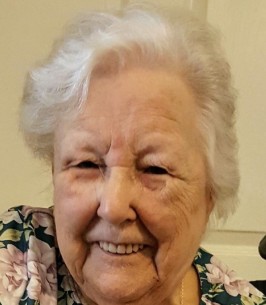 Betty was born on July 1, 1924, in Liverpool, England, the daughter of John and Mary Agnes Brown. She served four years in the British Women’s Royal Air Force during World War II. In 1953 Betty immigrated to the U.S. with a friend and made a temporary home at the Martha Washington Hotel in New York City. She quickly found employment with Ziff Davis Publishing Co., where she worked for 25 years.

In 1955 Betty married Edward Sexton and the couple settled in Cold Spring. He died in 1967. In 1977, Betty married George McAndrew, and together they ran the George A. McAndrew Auto Parts store on Main Street until George’s death in 1994.

A Mass of Remembrance will be held at Our Lady of Loretto in Cold Spring on May 1, 2021, the first anniversary of Betty’s death. Memorial donations may be made to the Paralyzed Veterans of America (pva.org) or the American Society for the Prevention of Cruelty to Animals (aspca.org).