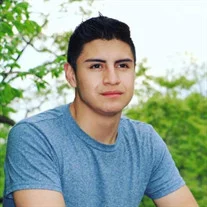 Known to his friends and family as “Geo,” he was born Dec. 19, 1994, in Girón, Ecuador, the son of Jose Ramon and Gloria Astudillo of Beacon.

Geo attended Beacon schools and graduated from Beacon High School in 2013, where he played varsity soccer for four years. He studied at Dutchess Community College and Stony Brook University, where he earned a bachelor’s degree. During college, he worked as a lifeguard and for J&S Painting.

Geo enjoyed photography and filmmaking, and created videos that he published on YouTube. His favorite phrase was “positive vibes.”

Besides his parents, he is survived by his sisters, Elvia Ramon, Maribel Ramon, Kelly Ramon and Stephanie Ramon; and his nephews, Austin Guarquila and Jake Morocho.

Funeral services will be private. A Mass will be held at St. John the Evangelist Church at a later date. Memorial donations may be made to the Beacon Boys’ Soccer Team. Make checks payable to the Beacon City School District and write “Boys’ Soccer” in the memo. They can be mailed to Beacon High School, Athletic Department, 101 Matteawan Road, Beacon, NY 12508. Donations also may be made to any photography or film charity.