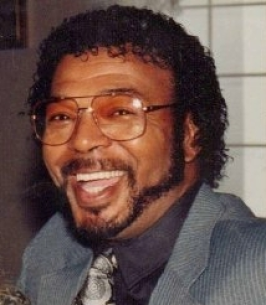 Ronald Edwards, 75, a longtime Beacon resident and corrections officer who served in the Vietnam War and tried out for the New York Jets, died May 19.

He was born in Nyack on April 13, 1945, the son of Curtis and Adele (Eure) Edwards. After being drafted, he served in the U.S. Army for two years in Korea.

Ron worked at the Fishkill Correctional Facility in Beacon as a corrections officer, firearms and chemical agents instructor, and defensive tactics instructor. He also served as a president of Local 1255 and vice president of Council 82, Security and Law Enforcement Union, AFSCME/AFL-CIO.

He excelled throughout his life in football, basketball and track and field, his family said. He was an all-county athlete for Rockland in all three sports, a state champion in the high jump and the first high school basketball player in Rockland to score 1,000 points. He tried out for the New York Jets in 1969, a team led by Joe Namath and John Dockery, but was injured.

He coached for many years, including his son RJ Trimble-Edwards in Pop Warner football, CYO basketball and Cal Ripken baseball. His teams won many championships.

Ron’s hobbies included drag racing with his friends Raymond (Juice) Stewart and Joe Franco. Ronald won many motorcycle drag races at various strips around the country in the Super-Comp class. He was known affectionately by his drag-racing friends as “Voo Doo” because of the name of one of his bikes, Voo Doo One.

He also enjoyed traveling around the country with his brother Kenny Carter to watch his son RJ play college football.

A private service for immediate family was held at Libby Funeral Home in Beacon, with interment at Veterans National Cemetery on Long Island. Memorial donations may be made to the St. Jude Children’s Research Hospital (stjude.org). 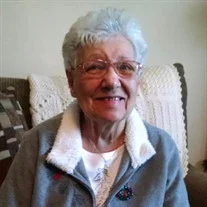 Fanny Fredericks, 93, a lifelong resident of Beacon, died May 20 at Wingate at Beacon.

Fanny was born in Beacon on June 6, 1926, to Carmine and Josephine (Melfi) DiGiovanni. She was employed at Beacon Looms. Her husbands, Edward “Babe” Papo and Vincent “Jim” Fredericks, both died before her.

Known to many as Aunt Fanny, she loved socializing. She also loved children, her family said, and her face always lit up in their company.

Fanny is survived by her children, Carol Tittle (Lew) of Newburgh and David Papo (Karen) of Beacon; a stepdaughter, Sandra Pietrogallo (Jim); grandchildren Tricia Culp (Ron) of Newburgh, Robert Slinskey of Florida and Dave Papo Jr. of Beacon; and great-grandchildren Jessica and Mathew Culp, and Kailey, Tyler and Alexia Slinskey.

A private family visitation will be held, followed by a private graveside service at St. Joachim Cemetery. A Mass of Christian Burial will be held later. Memorial donations may be made to St. Jude Children’s Research Hospital (stjude.org) or to the American Heart Association (heart.org).

James Matthew Hayes, 77, of Beacon died at home from aggressive cancer while under the care of his wife, Marsha.

James was born May 8, 1943, in Chicago to Thomas and Rosemary (Kingsbury) Hayes. His early career was with IBM World Trade Group in New York and Europe. Later he was an independent consultant in business and industry. Throughout his 42 years as a Beacon resident, he was dedicated to researching and proposing solutions that would enhance the quality of life for everyone in our city. 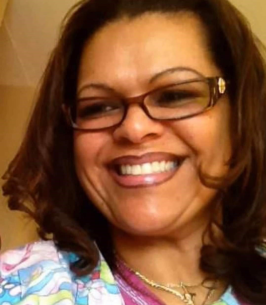 Michelle Marie Herring, 52, a lifelong Beacon resident, died May 14, on her birthday.

Michelle was born on May 14, 1968, in Cold Spring to Herbie Lee and Dianne Pavelock. After graduating from Beacon High School in 1987, she earned a degree in nursing and worked at various health care facilities. Most recently she was director of nursing assistants at the Martine Center for Nursing Rehabilitation and Nursing in White Plains. On July 14, 2010, in Beacon, she married Johnnie Herring Jr.

Along with her husband and parents, Michelle is survived by her daughters, Carmela Buggs and Caprice Herring; and her grandchildren, Jeremiah Tucker, Jourdan Tucker and Avah Elise Herring. She is also survived by a sister, Tracy Lee. A memorial gathering will be held at a later date.