Amy Murray lives in Cold Spring with her husband, Robert, and their 3-year-old daughter, Lucy. The couple moved to the village in 2017 from Connecticut when Robert was hired to teach at Mercy College in Dobbs Ferry.

How did a girl from Florida wind up in the wintry northeast?
I never liked the heat. I wanted to see snow, although I swerved to avoid it the first time I did see it. After getting a bachelor’s degree in Early American history from the University of South Florida, I followed my husband, who was getting his doctorate in history, to Virginia Tech. People will tell you history is a dead degree. They ask, “Don’t you want to make money?” I say, history is not a death sentence. My career has been no more or less stable or fraught with issues than any other profession. But watching him navigate academia brought it home for me that I wanted nothing to do with that, so I went into museum work. 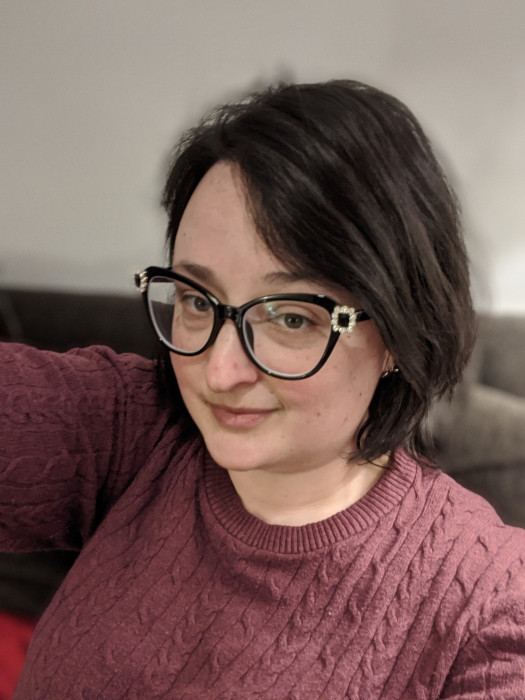 You earned a master’s degree at Virginia Tech. What was your focus?
The historical understanding of death in America. I was going to 18th- and 19th-century cemeteries, documenting how people were buried and commemorated. You’re looking at people’s diaries and reading about the worst days of their lives — you’re seeing a desire for remembrance, a feeling that “this is my loss, and I want it to be remembered.”

What did you learn from the research?
In early part of the 18th century, bodies were treated in a mobile way. If you read tombstones from that period, you see that Person A died in 1782 and Person B died in 1783, when Person A’s body was raised [unearthed] and added to Person B’s grave and [their name to the] tombstone.

By the early 1800s there was a slight dip in the rate of mortality among children, so parents began to expect that more of them would survive. This was accompanied in the culture by an explosion of items such as toys that were dedicated for children’s use and entertainment. There was a similar push in commemoration when a child died. It’s a very human impulse to want to retain a tangible thing.

While in Virginia I interned doing collections work at the Christiansburg Institute, which was transitioning into a museum after having been an African American school — it had operated from 1865 to 1965, from the Civil War to the civil rights movement.

You next moved to Kentucky. What took you there?
My husband is a Kentuckian. We moved to Lexington, where I worked at the Mary Todd Lincoln House as the guide and education program director. So many falsehoods have been spread about the president’s wife. She had four children and buried three sons. She’s often retroactively diagnosed [as mentally ill]. You can’t apply a modern understanding to a person from history. Why should we make those judgments? When people make vast assumptions, I find they’re often trying to sell you a book — their book.

At the same time, I was doing horticulture work at the children’s garden at the University of Kentucky Arboretum. My parents did a lot of gardening when I was growing up. As with a lot of museum jobs, it was part-time. I applied for full-time jobs and was hired as coordinator of horticulture at Old Sturbridge Village in Massachusetts. So we moved to [nearby] Connecticut. 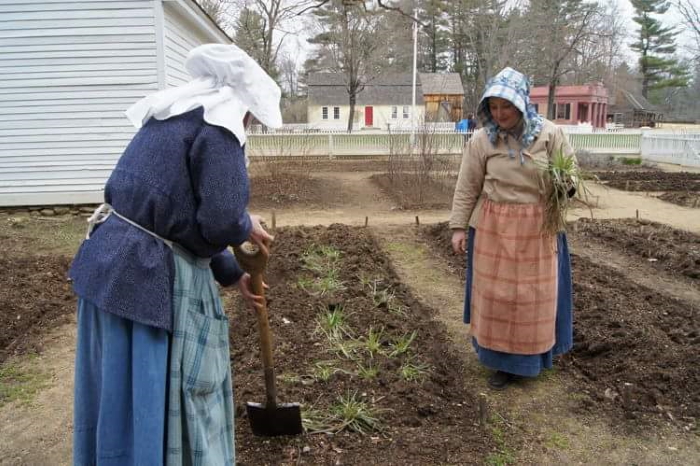 It has seven gardens. We could rototill, but that’s not what people wanted to see, so we did everything by hand or assisted by animal power. Three of us would dig a 50-foot row of beets, for example. It was a perfect setting for me, in many ways. I’m a kinesthetic learner — they showed me how to make a specific style of 19th-century shoe once, and I was able to crank them out.

How did the horticulture programs tie into the rest of Old Sturbridge Village?
The village tries to demonstrate the diversity of society in rural New England in the 1830s. There were lots of tie-ins with the crops. For instance, we grew beets the size of footballs because they stored well and could feed a family through winter and well into spring. All this, of course, presumed visitors knew what beets are, which was not always the case. We also made cider, which was the main beverage of the period, because unlike water at the time it didn’t make you ill. All these gracious New England apple orchards? They were cultivated for cider.

Did you see a lot of student groups?
Yes, but also a great number of adults interested in homesteading. We tried to show that self-sufficiency is a myth, at least during that time period. You can grow your own vegetables, but not your own flour — you need a community behind you for that, and a supply chain.