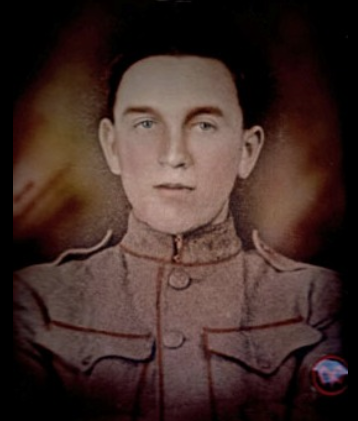 His mother was officially informed of his death on Dec. 2 but had earlier received a letter from Raymond Lord and John Flynn, who said they had been with her son when he was mortally wounded by enemy fire.

John was a member of St. Luke’s Episcopal Church in Beacon. Before entering the service, he was employed at the Schrader Hat Works. Besides his parents, he was survived by his sisters, Marion, Anna, Mrs. Jay Tompkins and Mrs. Abraham Askert, and a brother, Andrew, all of Beacon.

Pvt. 1st Class Pasquale Salese of Beacon, who served with Company A of the 307th Infantry, died of pneumonia on March 19, 1919, at Camp Upton on Long Island. A few months into his European service, the West Center Street resident was badly gassed and sent home.

He was survived by his father and two sisters in Maschito, Italy, as well as three brothers and a sister in Beacon: Mrs. Oscar Astone, Joseph Salese, John Salese and Anthony Salese. About six weeks before his death, as he prepared to relocate to Palm Beach, Florida, for his recovery, he visited Beacon to see his siblings and friends. 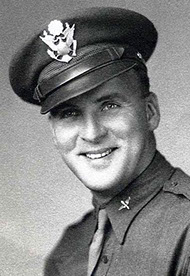 1st Lt. Henry I. Idema, of Austin, Texas, and formerly of Beacon, died Sept. 16, 1943, the day after his 28th birthday, during combat in the India-China theater. He was the son of Mr. and Mrs. Peter Idema of Masters Place and the husband of the former Margaret Brokerson.

After enlisting in the Army Air Corps, Lt. Idema was trained at several fields, graduating as a pilot and receiving his commission at Ellingtown Field in Texas. In July he was ordered to India, where his family was told he was assigned to pilot transport planes over the Himalaya Mountains to China, carrying supplies to the Chinese army. Lt. and Mrs. Idema were married in June 1943 in Texas. Shortly afterward, they visited Beacon, which was Lt. Idema’s last trip home before going overseas. He was widely known in sport circles, particularly as a swimmer.

Born April 22, 1919, he was the eldest son of Mr. and Mrs. Edward Adams of Pearl Street in Nelsonville. A 1936 graduate of Haldane High School, where he played football, he attended Syracuse University for a year and was a member of the Philipstown Lodge of Masons and the Nelsonville Fire Department.

He entered the service on Dec. 5, 1942, and trained at Napier Field in Alabama before being sent overseas five months before his death.

Lt. Adams was survived by his wife, Glyn (Halveston) Adams, and two brothers, Staff Sgt. Ray Adams, who was serving in France, and Pvt. Robert Adams, in New Guinea. His family later erected a war memorial in Nelsonville at the corner of Adams Avenue and Division Street.

Pfc. Walter Glanville, 20, of Main Street in Cold Spring, a paratrooper, died Sept. 12, 1944, during combat in Belgium. He was the son of Mr. and Mrs. William Glanville.

The 1943 Haldane High School graduate was working as an auto mechanic in Beacon when he enlisted. He wrote his parents in December 1943 to say he had safely arrived in England. A funeral service organized by the Veterans’ Organization of Philipstown was held nearly five years later, in April 1949, followed by interment at Cold Spring Cemetery.

Lt. Paul Facteau and Staff Sgt. Raymond Detweiller, both Beacon residents and members of the same B-17 Flying Fortress crew, died on March 23, 1945, in the English Channel. 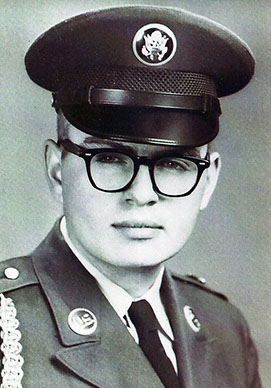 Sgt. Terrance E. O’Neill, 21, of Beacon, died in combat in Vietnam on May 23, 1968. He was the son of Donald and Alicia (Callahan) O’Neill of North Cedar Street. Before entering the service on Sept. 13, 1966, he had been employed at IBM in East Fishkill.

Besides his mother, he was survived by his siblings, Nancy O’Neill and Donald J. O’Neill Jr. Services were held June 3 at the John J. Halvey Funeral Home and St. John’s Church, followed by interment with military honors at St. Joachim’s Cemetery.