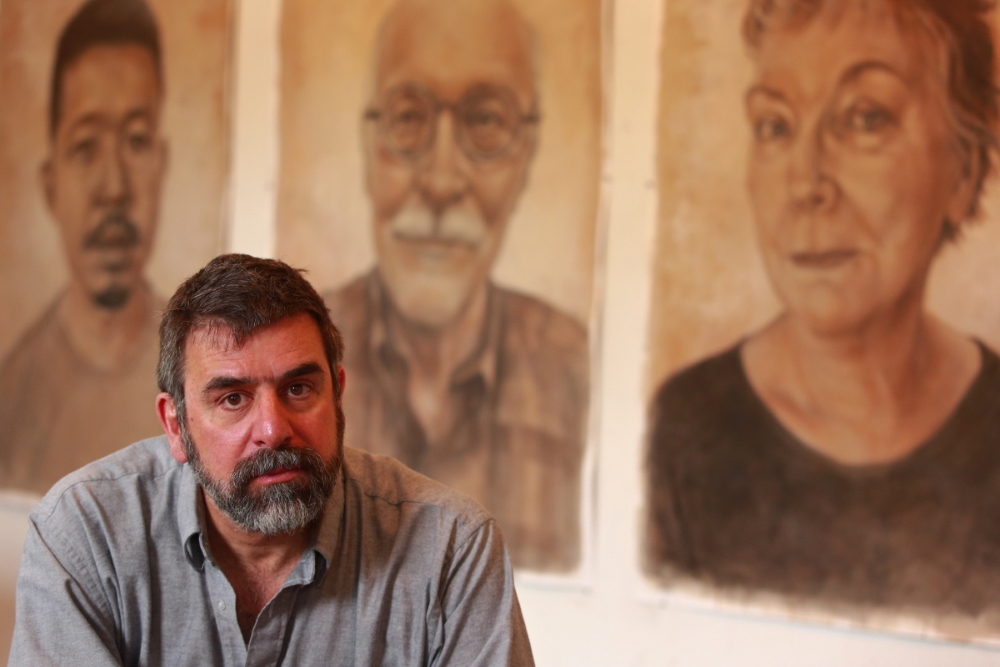 Five years ago, Joe Radoccia began to focus on a singular subject: pencil-drawn, paint-washed portraits of “elders” he admired in the gay community.

The Beacon artist chose subjects who had “embraced me and fostered my growth and self-acceptance as a gay artist,” he says. “These were the people I knew best; they were my elders and we were becoming elders. The oversized portraits represent our hard-won freedom to be present, to be as out and visible and large as we want to be. This is about celebration: We see you there — you’re big!” 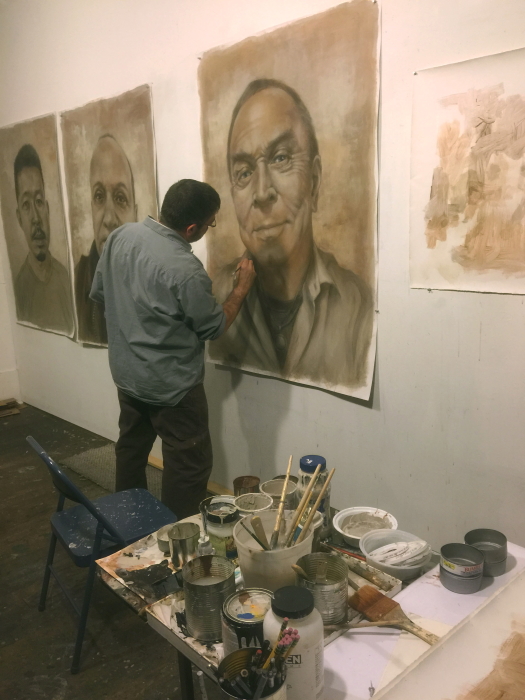 In 2018, many of the portraits were exhibited in Becoming Elders: Portraits of LGBTQ Elders at the Hudson Valley LGBTQ Community Center in Kingston. Last year, two Elders portraits were chosen for a public art project in Beacon that displayed the work of local artists at bus shelters. For a show at the Norton Putter Gallery in Syracuse to mark the 50th anniversary of Stonewall, the curator asked Radoccia to include some of his subjects’ personal histories; the artist ended up interviewing everyone.

Before he began Elders, Radoccia worked mostly with oil paint. When he moved into a larger studio, he “hung giant sheets of paper on the wall to do some free work, and found I was creating portraits done in the style in which I underpaint my oil paintings. Usually I cover the drawings with oil and paint on top of them, but this freed me up.”

A native of Buffalo, Radoccia first showed some of the portraits at a gallery there in 2015. People asked, “Why these people?” Initially he had decided to paint his friends, but “thinking more about that, I found the people I began with and wanted to honor were older.”

After earning his MFA at SUNY Buffalo, Radoccia moved to Brooklyn in the late 1980s to pursue a career as a painter. The AIDS epidemic shifted his work to sculptural expressions of “the raising levels of fear and prejudice I was witnessing.” But, feeling he was “perpetuating the negative tropes that existed surrounding AIDS,” he returned to painting to explore themes of “identity, love, fear and sexual expression.” He began exhibiting with Manhattan’s Leslie-Lohman Museum of Gay and Lesbian Art (now the Leslie-Lohman Museum of Art). 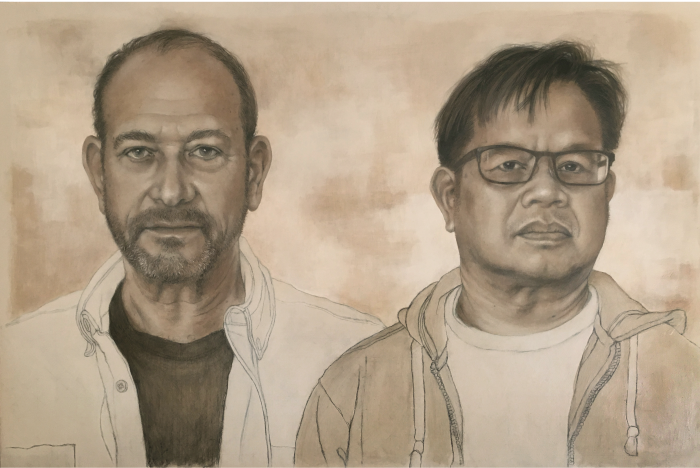 In 2011, seeking serenity, Radoccia moved to Beacon after spotting it from a train window. “I would take the train to Buffalo and always thought ‘When I leave the city, I will live in one of these small places along the Hudson.’”

Each Elders drawing began with a photo session. He pulled the oral histories from his casual conversations with his subjects, and also from questionnaires. Many “had never collected their thoughts on the topic of their sexual history, because no one had ever asked,” he says.

Radoccia creates his artwork from those photos. “There is a profound intimacy in the act of painting a person’s portrait,” he says. “You spend hours silently looking at their face, translating what you see into various types of marks, and you watch as these marks become their likeness. Little by little, facets of their personality begin to emerge that no amount of conversation could ever unveil.”