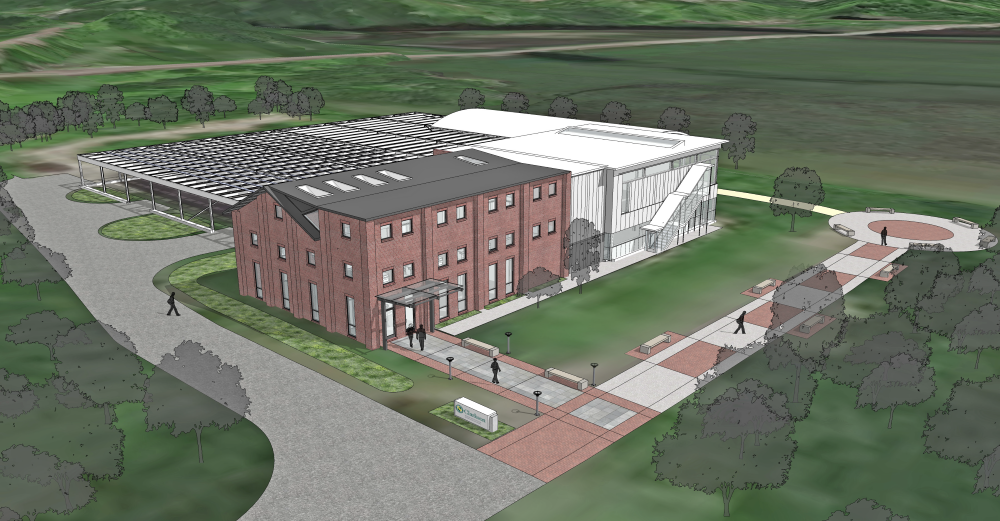 During their many walks at Dennings Point, Beatrice Donofrio told her children about the joys of the outdoors. Now, thanks to a generous gift from her family, a new generation of children will learn about nature at a gateway to the 64-acre peninsula on the Beacon shoreline.

Clarkson University’s Beacon Institute for Rivers and Estuaries recently announced plans to renovate and expand a former paper-clip factory into what will be called the Beatrice G. Donofrio Environmental Education Complex. The project will begin in the spring of 2021 and should take no more than 15 months, it said.

Michael Walsh, the president of the Beacon Institute, said the former factory remains in surprisingly good shape. “The majority of the building is salvageable,” he said. “The concrete floor meets 100-year flood standards, and the structural seal is sound.”

A few hundred feet from the site, the Beacon Institute manages a Water Ecology Center where it hosts lectures, classes and fundraisers. Walsh said the institute needs more space, “and that space needs to be adaptable. It needs to work one weekend for adults who come to learn about data science and then the next week function as a laboratory for fifth-graders to collect ecological specimens and put them under the microscope.”

In addition, the state parks department and the New York Power Authority plan to install a photovoltaic array atop a new parking structure to provide power for the Donofrio complex and the Water Ecology Center.

The building will serve as a welcome center for Dennings Point, Walsh said, with exhibits on the ecological and industrial history of the Hudson River and Dennings Point.

The point itself is relatively wild except for a trail that runs alongside its western shore with several spurs that lead to the river. But the ruins of a small industrial building and countless bricks stamped DPBW (for Dennings Point Brick Works) can be found in abundance by the cove, which makes for a fascinating nexus between the Hudson Valley’s natural abundance and manufacturing.

It also has an important place in U.S. history: George Washington made near-daily visits to the point when stationed in Newburgh, and Alexander Hamilton began drafts of the Federalist Papers while staying at the point in 1781.

Walsh said he hopes the center will “give folks a reason to come to the point, and expose them to all that it has to offer, in terms of the ecology and the wilderness and its bird-blind. It’s a great opportunity for the community to experience what it feels like to be in a relatively underdeveloped piece of nature that exists in not too many places anymore.”

If all goes according to plan, he said, the center will help make Dennings Point what it was for the Donofrio children: A place to forge lifelong connections with the outdoors. Walsh said he knows how important those connections are. “I grew up in Philadelphia,” he said. “I didn’t get to learn how to put a worm on a fish hook until I was 20 years old.”