Growing up in the Netherlands, Marieken Cochius says she always wanted to leave the country.

“It is beautiful but overdeveloped,” says the painter, sculptor and printmaker from Beacon. “It has picturesque cities, and the rest is flat, fertile, all forestry and agriculture. I always wanted to see a bear, or a wolf.”

A bit frustrated by her university studies, which began with photography and shifted into film, Cochius moved to New York City in 1987, a place not known for bears or wolves. “It was mainly for art,” she says. 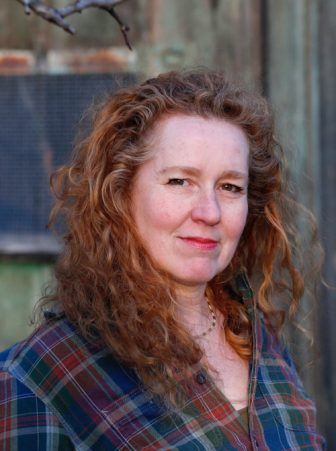 Nature continued to tug at Cochius — “I always missed it, even though I never had it” — but city life suited her, too. “Color started coming,” she says. “I started doing art photography again, then I made assemblages, putting things together.

“I’m somebody who thinks with her hands,” she says. “I’m not a planner; my brain doesn’t work that way. Ever since I was young, I came home with things in my pockets: feathers, moss, clovers. I’ve always been looking and gathering. In Brooklyn, I made things from stuff I found in little electronics stores on Canal Street.”

After 9/11, Cochius found herself depressed. She was unable to create art for a year, she says. Needing a change, Cochius learned how to drive and began exploring the U.S. “I would sublet my place [in New York City] for three months and go to deserts, wild places.”

Her first trip, she says, was to El Paso, Texas. “I booked a flight, bought a tent and went camping in the desert for two months. I was terrified. I encountered things like brown recluse spiders and scorpions, but I fell in love with the land, the dirt, rock formations, the cactus spines, the fossils. I started making art again.” 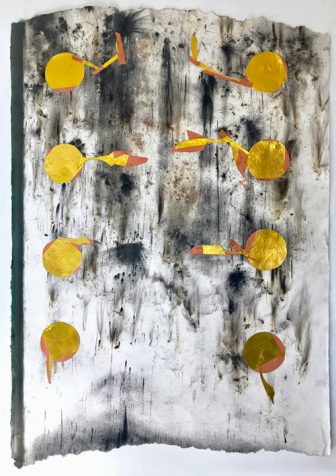 Over the years, she visited Colorado, Montana and Nova Scotia, often accompanied by one of her rescued German Shepherds. Finally, in 2012, she and her husband, an outdoorsman-turned-accountant (they met while skiing) decided to drive east, with the notion that a place they had never visited — the east bank of the Hudson Valley — might be the place for them.

The work that Cochius has done since is indicative of her quest to “always do new things. At one point, I made a deal with myself: I get to do everything I want. It often feels like I’m working on a giant puzzle where it’s not always evident how things connect. Yet, at some point I began to see a consistent visual language.”

Nature moves her, particularly disparate yet connected strands such as root systems, the movement of microscopic organisms, how the wind moves water. “The first intentions are to make them — whether it’s pine needles, driftwood or beautiful paper — submit to the whole. There has to be a reason for it to be a part of the thing I am making.” 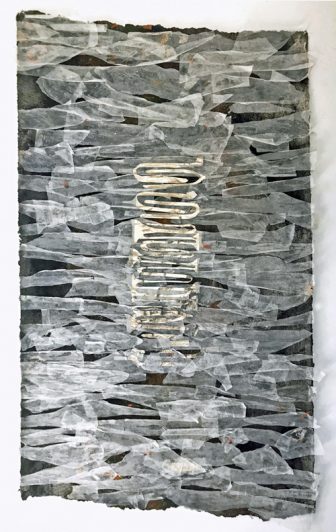 In her latest series, Motherboard, she mixed organic materials with metallic paper. “I’ve always been very interested in geology, biology, physics, neuroscience,” she says. “I love the way knowledge is stored. The series is an attempt to show the human influence in nature. It includes the metallic paper referencing computer chips, and additional components such as those little things that come down from maple trees. My whole house is filled with leaves.

“I have these conversations with the work: What does ‘it’ want? Whatever I try it’s not going to be happy until I try. It’s a separate entity from me. After it’s done, sometimes I cover it for a while and let it stew in its own juices and become its own self.”

Her current busy stretch has been curtailed by the pandemic. Cochius had work scheduled to appear in four shows; all have been postponed until at least September. Another, larger project is also on hold: “Gathering,” a site-specific driftwood-on-metal sculpture commissioned by Wappingers Falls for its community boathouse that was funded by the Hudson River Foundation. “I was inspired by the herons, beavers’ dams, the gathering of sticks,” she says. 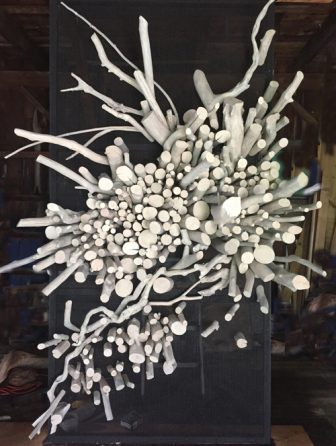 Cochius says that sheltering in place has influenced her creatively. “The last piece I finished caught me by surprise. It’s more celestial, more soothing, more healing. I don’t know where it’s going to go. I’m rigorous — every day I work in my studio. I paint, collage, work on frames, eat, read and apply for everything I can find, but also friends are sick, and I’m shopping for them and trying to help where I can. Sometimes, I think we all feel lonely; there’s a physical missing.

“Still, there’s a resilience for most people. Artists are used to rejection, to finding different solutions, to acknowledge that, ‘This is what I’m supposed to do and I’m going to find a way to do it.’ ”