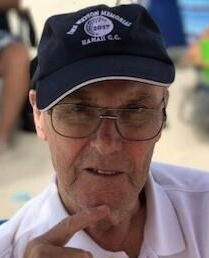 Adam Stewart Adam, 87, formerly of Beacon, died at his home in Hopewell Junction on June 16.

Stewart worked for 35 years in the maintenance department at Riverdale Country School in Riverdale, New York. A true Scotsman and Glasgow Rangers Football Club fan, he played goalkeeper for teams in Scotland, Egypt, and Yonkers. He also an animal lover and enjoyed a wee pint of beer.

He also is survived by his sisters, Nancy Rae and Elsie Carruthers, both of Hamilton, Scotland; and his sisters-in-law, Cathy Adam and Nan Fleming of Glasgow.

Memorial donations can be made to Hudson Valley Hospice Foundation (hvhospice.org). A private memorial service was held on June 18. 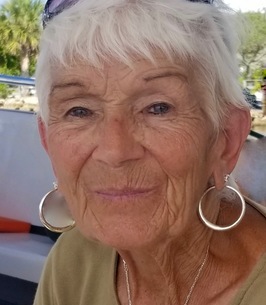 For many years, Duane was employed as a secretary in the mayor’s office and records clerk for the police department. Duane loved spending time with her family and friends. She also enjoyed genealogy, traveling, scrapbooking and making greeting cards.

A Mass of Christian Burial will be held at 10 a.m. on Saturday (June 27) at St. Mary, Mother of the Church in Fishkill, followed by interment St. Joachim’s Cemetery in Beacon.

Louise C. Gobbi, 87, a former resident of Beacon, died on June 23 at her home in Saugerties.

She was born in Poughkeepsie on March 31, 1933, the daughter of Raymond and Edna (Bombard) Shurter. She was employed by Steinbachs in Poughkeepsie as an office manager for many years and later by Kohl’s in Wappingers Falls until her retirement in 2012. Louise was a classical music and theater fan.

She is survived by her children, Steven Gobbi (Tammy) of Georgia and Carla Pettorossi of Beacon; her grandchildren, Sarah and Juliane Pettorossi of New York City and Matthew Gobbi of Georgia; and her partner, James LaRocca of Saugerties.

Calling hours will be held from 3 to 7 p.m. on Sunday (June 28) at McHoul Funeral Home in Fishkill. A Mass of Christian Burial will be offered at 10 a.m. on Monday at St. John the Evangelist Church in Beacon, followed by interment in St. Joachim Cemetery. Memorial donations may be made to the Alzheimer’s Association (alz.org). 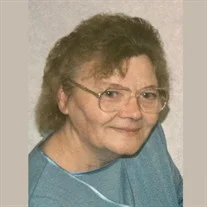 Liz was a homemaker. Her family said everyone who met her remembered her saying, “Hi, how you doing?” She loved coffee and chitchat, cooking, gardening, sewing, iPad casino games and trips to the Monticello casino.

She also is survived by her grandchildren, Adem Sela (Melissa), Junus Sela, Kellen Sela and Demetra Sela; and a great-grandson, Oliver Sela.

Family and friends gathered on June 19 at Riverview Funeral Home by Halvey in Beacon. Memorial donations may be made to the Slater Chemical Fire Co. or the Town of Fishkill Police Department.