An Ossining man was killed in a construction accident on Wednesday (Aug. 19) in the hamlet of Glenham.

Marcos Espinoza, 38, was crushed by a front-end loader around 7:10 a.m., said Lt. Paul Schettino of the Town of Fishkill Police. The victim was part of an ELQ Industries crew installing underground municipal water lines on Old Town Road, he said. 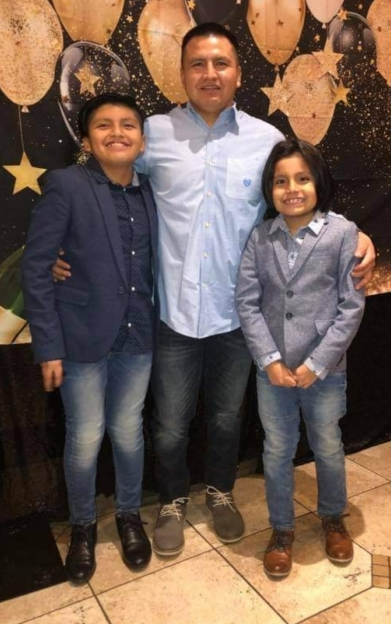 Marcos Espinoza with his sons

Paramedics worked to save Espinoza for 40 minutes but were unable to revive him, Schettino said.

According to an obituary posted by the Waterbury & Kelly Funeral Home, Espinoza is survived by his parents, Lauro and Maria (Guallpa) Espinoza; his wife, Miriam; his sons, Daniel (age 11) and Ismael (age 9); his brothers, Wilmer Martin and Saulo Espinoza (Diana); his in-laws, Carlos Anguisaca and Ines Villa; and his sisters-in-law, Diana Anguisaca and Hilda Pugo (Jose).

A funeral mass was held on Saturday (Aug. 22) at St. Ann’s Church in Ossining, with burial at Dale Cemetery. A GoFundMe campaign was established to help the family with funeral costs.

One thought on “Worker Killed in Glenham Accident”