In 1941, three world powers threatened the safety and freedom of the world, necessitating the U.S. to enter the war against the Axis countries. Over the next four years, men and women volunteered or were drafted in the defense of the U.S. on the two-front war. Seventy-five years ago this month, on Aug. 14 1945, World War II ended with the surrender of Japan. 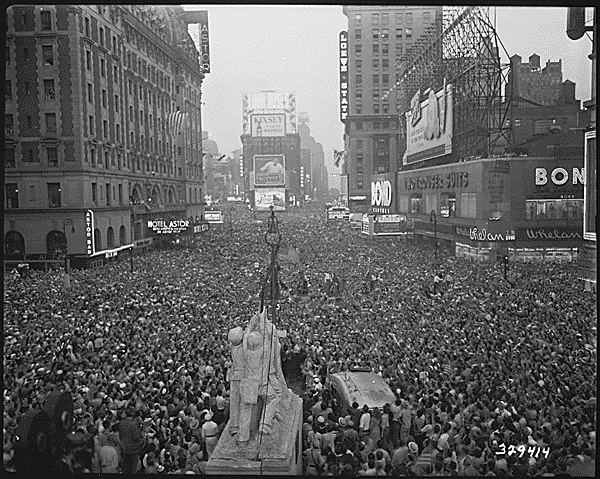 Times Square on Aug. 15, 1945, the day after the news arrived that Japan had surrendered (National Archives)

Today we celebrate the sacrifices made by the greatest generation, not just by the military veterans but by civilians who lost family members to the war. Civilians at home also made sacrifices via food and gasoline rationing, but overcame with Victory Gardens and prayer.

All veterans swear an oath to defend the U.S. from all enemies both foreign and domestic. That oath is irrevocable! We veterans are proud of our service to this great country as we praise the veterans who came before us.

Thank you again to the greatest generation. We will carry on your legacy.

Delamater is the commander of Veterans of Foreign Wars Post 666.