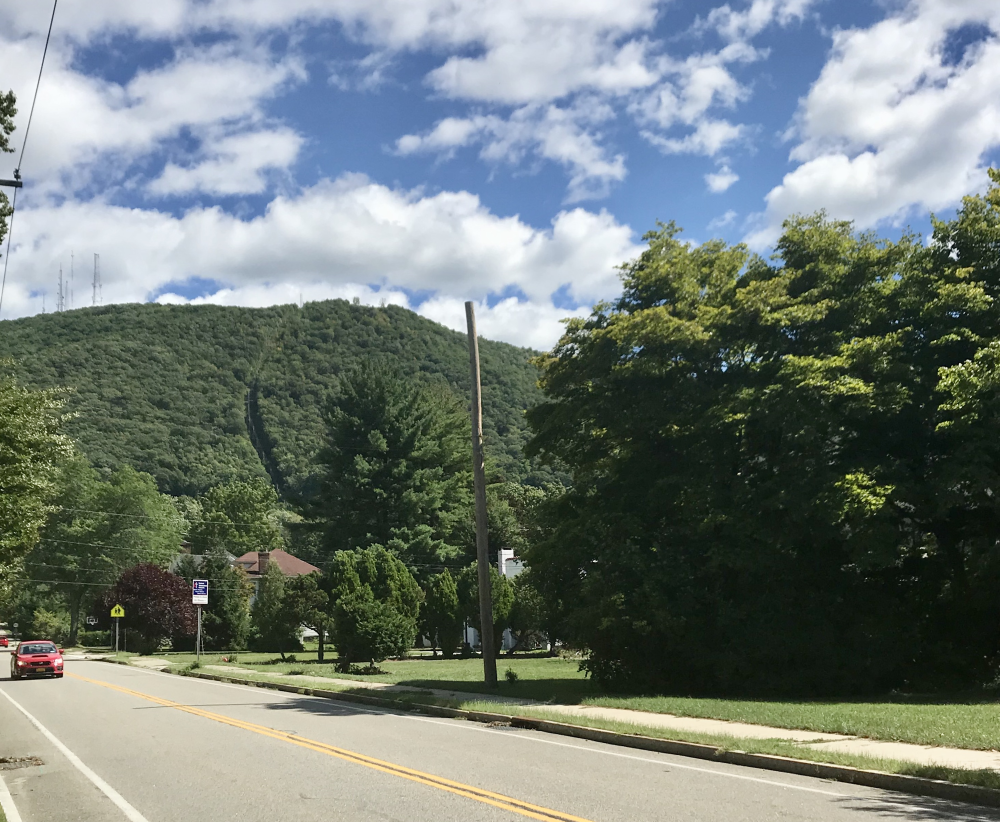 A view of Mount Beacon from Wolcott Avenue (Photo by J. Simms)

Beacon officials discuss how to protect the scenery

It’s hard to walk or drive through Beacon without being impressed by its awe-inspiring views, from the Hudson River to Fishkill Ridge and Mount Beacon.

City officials have been discussing how to preserve that scenery.

“Our piece of the Hudson Valley is so special because it’s surrounded by mountains, creeks and the mighty Hudson River,” said City Council Member Amber Grant, who last year asked her colleagues to consider ways to protect what planners call scenic viewsheds. “It’s important to recognize that these resources not only make Beacon unique but enhance our lives and well-being.”

A viewshed is generally defined as what can be seen from a particular point, in many cases a road or walking path. They’re not as easy to identify as town boundaries or property lines because “they evolve as the landscape evolves,” explained Emily Hague, a senior project manager for the Scenic Hudson land trust.

Nevertheless, Beacon officials took a stab at identifying important scenic viewsheds in 1991 as part of a plan required by the state for the management and protection of the waterfront district.

Their list included 13 spots. All but one includes the Hudson River and some no longer exist because of development or tree cover that’s grown over the past three decades, said John Clarke, a planning consultant, during a City Council meeting last month.

This past summer, a Natural Resources Inventory drafted by the city’s Conservation Advisory Committee and adopted by the council offered additions to the list, naming the river, Fishkill Ridge and Fishkill Creek as Beacon’s primary viewsheds.

The View from Philipstown

The town’s comprehensive plan, adopted in 2006, includes detailed information about local viewsheds, which is an effective first step for any municipality to protect them, said Nat Prentice, the head of the citizen committee now working to update the Philipstown plan.

“Our revised plan does not need a lot of help in this area,” he noted, because of the level of detail included in 2006. “So far, we’re figuring out that most of the things that would be on that list are already there.”

After the Town Board adopted the comprehensive plan, the zoning code was rewritten “almost from scratch,” Prentice said. “At that point, a lot of the things called for in the comp plan got implemented in the law.”

The council could revise the comprehensive plan, which includes the views from the 1991 list, by removing ones that no longer exist and adding others, she said, or it could create a scenic overlay district as an addition to Beacon’s zoning code.

The city code already includes provisions for situations where wireless communications structures could impact viewsheds, while the Fishkill Creek, Main Street and waterfront districts protect designated viewsheds. But an overlay district could go a step further by protecting lesser-known pockets of the city that provide views.

“Building these things into your code is a way that a municipality can assure that development projects will achieve a town’s scenic objectives,” said Michelle Smith, the executive director of the Hudson Highlands Land Trust. 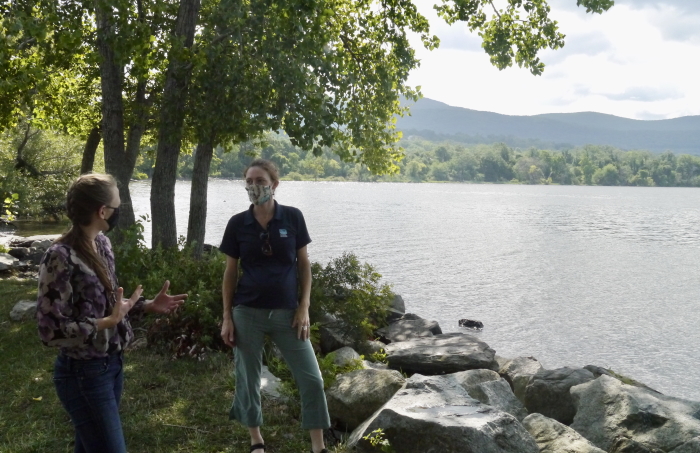 Nicole Wooten of Beacon’s Conservation Advisory Committee and Emily Hague of Scenic Hudson discuss protection strategies at Long Dock Park, one of the places cited in the city’s Natural Resources Inventory for its views of the Hudson River. (Photo by J. Simms)

Grant said this week that she believes the city could benefit from a scenic overlay district because it would provide “concentrated information on ‘this is what it means to protect a viewshed.’

“A huge part of this,” she said, “will come down to us making sure that we’re giving good directions” to builders as far as what the city expects when it comes to viewshed protection. That could mean a number of things, such as creating pedestrian access or retaining sufficient open space between structures, Grant said.

It’s important that developers, as well as planning boards, understand a municipality’s expectations, added Smith. “You can have the laws on your books, but they fall apart if they’re not implemented,” she said.

As noted in the state’s report on Scenic Areas of Statewide Significance, as well as in the city’s Natural Resources Inventory, the wealth of publicly accessible scenic viewpoints is a major element driving Beacon’s tourist economy and also a vital part of its character.

“It’s what makes Beacon a special place,” said Nicole Wooten, the chair of the Conservation Advisory Committee. “One thing among many.”