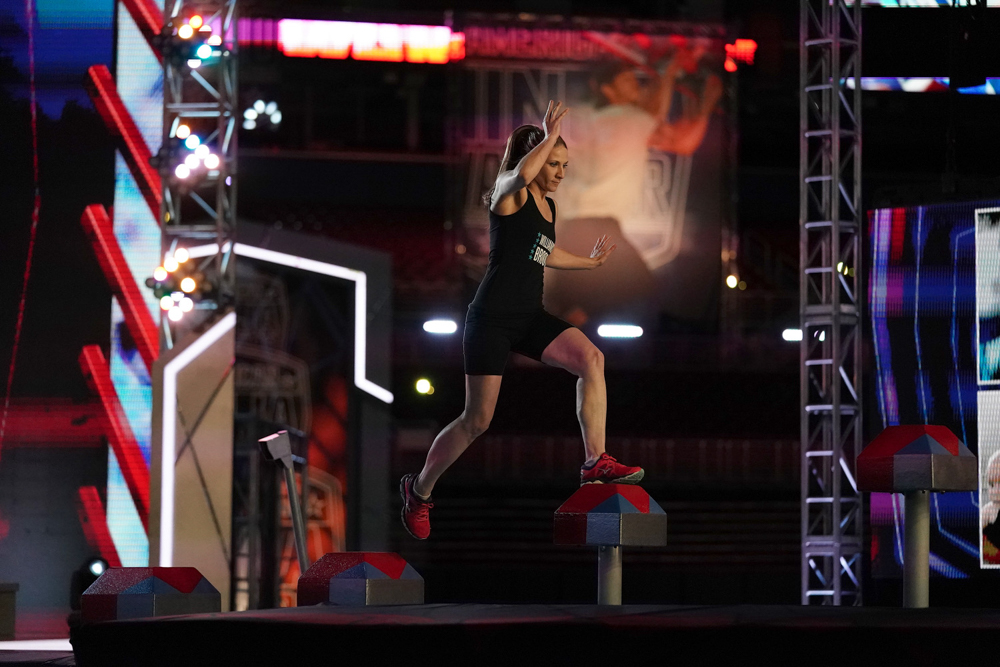 The secret life of an American Ninja Warrior

I was living in New York City in 2009, and had just had my second child, when my husband, Brandon, and I discovered a new show called American Ninja Warrior on the little-known G4 network. I was immediately enthralled by the amazing abilities of the athletes as they competed on the show’s crazy obstacle course, hitting a buzzer after finishing each stage.

It all seemed so familiar to me. As a young girl I was very active in sports: basketball, volleyball and baseball. My dad was often the coach. I was an extremely energetic little girl and would often jump around on the furniture, try flips or even put my feet against the hallway walls and walk without touching the ground. I’m sure my parents were thrilled.

When I saw American Ninja Warrior I thought: “I found it, an obstacle course for grownups!” Even though there were no female competitors the first year, I still wanted to be on the show.

I realized that upper-body strength was extremely important, so I attempted pull-ups. I did a whopping two and then I realized I was no longer that muscular little kid climbing the walls. So I started training, but every time I made headway I discovered I was pregnant yet again. 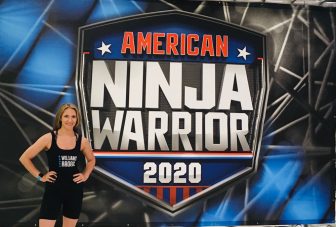 Williams began training for the show in 2017. (Photo by Tegan Roobol)

Fast forward to 2017, with me now living in Garrison with five kids, and the show now on NBC. I decided to focus again on training for it, but this time I was not just training for myself. I was training for my kids — to teach them the importance of setting goals and working hard to achieve them. I also wanted them to learn that exercise could and should be fun.

Over the next two years my two pull-ups turned into six, then 10, then 20. I visited several ninja gyms in the area, where I learned how to tackle obstacles like the Devil Steps, the Wing Nuts, rock climbing and the dreaded 14.5-foot Warped Wall. It was during this time that I learned the most about myself. I learned to push forward through pain, blistered hands, callused fingers and sore muscles. I learned that, just like in childbirth, you have to use your breathing to control pain. I learned that only through failure do we learn.

My husband filmed my progress for my submission video. I got the call to be on the show in February. Out of 70,000 people, I was one of 150 selected. I had done it. I had accomplished my dream of being on American Ninja Warrior. 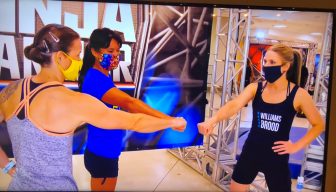 Williams made lifelong friends while appearing on “American Ninja Warrior.”

But then COVID-19 struck. Everything in our lives came to a screeching halt, including the show. In lockdown, with no gyms for training or obstacles to run, I did not think it was ever going to happen. Thankfully, Brandon built a rock wall and installed a pegboard, salmon ladder and cliff-hanging obstacles in the yard so I could train for the upper-body strength the course required.

I got the call that we were going to be secretly competing in St. Louis in July, with strict social-distancing guidelines. My family wasn’t able to come cheer me on, but I was part of a team of strong mothers, led by Sandy Zimmerman, a veteran ninja and first mom ever to hit the buzzer. These women became my new support group.

I met lifelong friends, fellow ninjas and teammates. Although my run on the course was far from what I had hoped for, it was an incredible experience. I am now more determined than ever to return and compete again. With gyms now opening and more options for training, I am looking forward to the future and the journey ahead. I have learned from failure and I have a new goal. I am going to hit that buzzer at the end of the course.