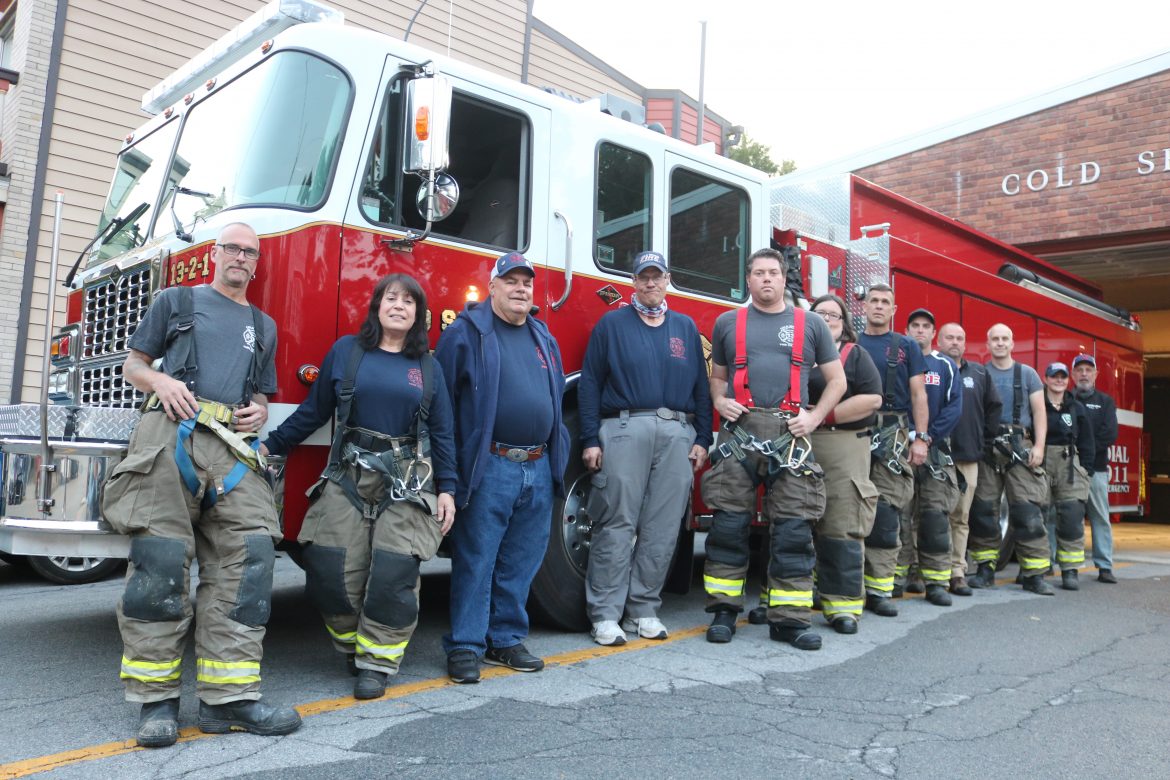 Members of the Cold Spring Fire Co. outside the fire station on Main Street this week (Photo by M. Turton)

Members of the volunteer Cold Spring Fire Co., who typically respond to 10 or 12 calls a month, won’t soon forget August, when it had 29.

That many alarms are usually associated with an extreme weather event, such as Hurricanes Sandy or Irene. But Tropical Storm Isaias, which arrived Aug. 4, only accounted for six calls, said Chief Tom Merrigan, an 18-year veteran.

The month began with an unusual call on Aug. 1: A cat lodged in a mechanical chair. It was rescued, unharmed.

Merrigan chuckles about the call now but said his “firefighters had to leave work or home, get to the firehouse, put on their gear and handle the call; it was a real call, just like any alarm,” he said. “You never know until you get to the scene.”

Eight times during the month, firefighters responded to multiple alarms on a single day. On four occasions, they helped rescue lost or injured hikers. Other calls ranged from structure, utility pole and vehicle fires to carbon monoxide alarms, motor vehicle crashes and assisting other first responders.

It was the kind of month that can wear down a company that relies on volunteers. “We have maybe 20 active firefighters,” Merrigan said. “Our constant challenge, our biggest need, is to recruit new firefighters.”

Although the company roll includes more than 100 residents — some of whom have been with CSFC for 50 years or more — most have long since ended their roles as active firefighters, Merrigan said.

Fire Company, No. 1: A Brief History

1896: A banker, David Harkness, proposes to a group of business owners that the village form a fire brigade, the Cold Spring Hose Co. No. 1. Its first piece of equipment, a hose cart, must be pulled by the firefighters.

1898: A firehouse is built on Garden Street.

1899: A horse-drawn hook and ladder is donated.

1926: The company moves into the new municipal building at 85 Main St., which is now Village Hall.

1974: The company moves to its present firehouse at Main and Church streets.

The Cold Spring Fire Co. was organized in January 1896. Here is a tally of the 104 alarms it answered in its first 24 years. (Its fiscal year ended April 1.) 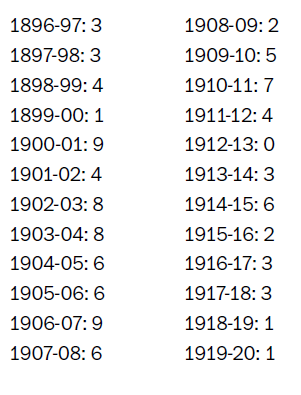 Eleven applicants were elected. A proposal to purchase an auto chemical engine was referred to committee. The secretary reported that the company responded to one call, which took only about two hours because the building was already fully engaged. The company mourned the death of founder David Harkness.

Merrigan said even during such a busy month, firefighters are still required to complete six hours of training, which takes place on Tuesday evenings. They must also complete 10 hours of training annually with the federal Occupational Safety and Health Administration.

This month, Merrigan said training will include a detailed walkthrough of one of the largest structures in the village, the most recent residential building completed at the Butterfield redevelopment project.