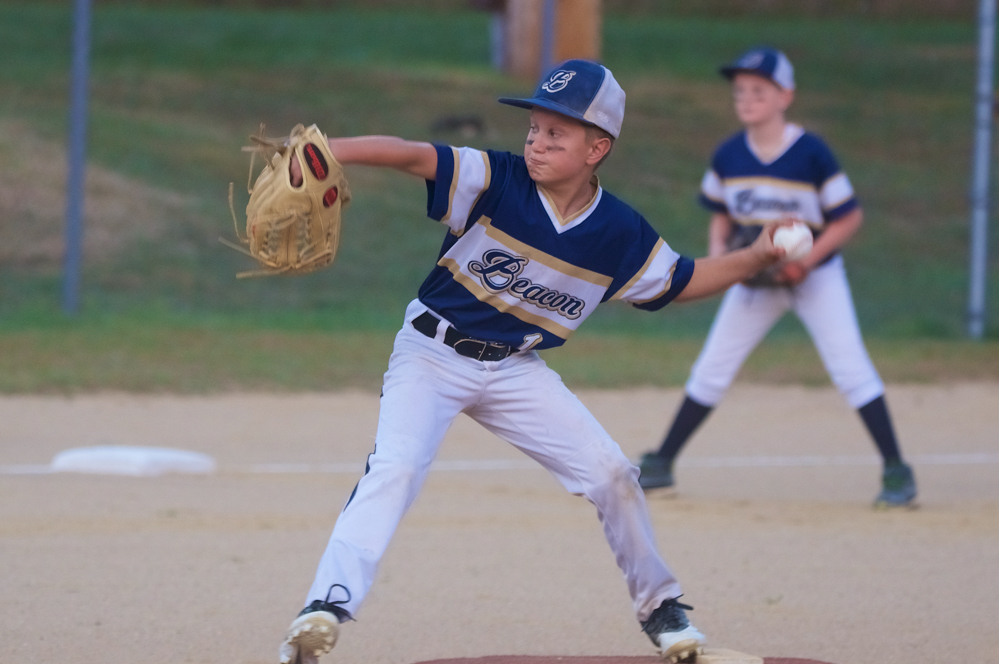 Justin Buchman delivers a pitch against Beekman on Sept. 23. (Photo by S. Pearlman)

The Beacon Bulldogs 10U baseball team has been showing steady signs of improvement in the Greater Hudson Valley Baseball League.

The Bulldogs picked up their first win of the fall season, 9-8, against the Beekman Bombers on Sept. 6.

Justin Buchman earned the victory. “Justin has become one of our better pitchers,” said Coach Jed Varricchio. “He was gritty, pounded the zone, and our defense took care of the rest.”

Beacon came back from a four-run deficit. Jesse Apostolou went 3-for-4 with three RBIs, and Julian Rivers had four steals. 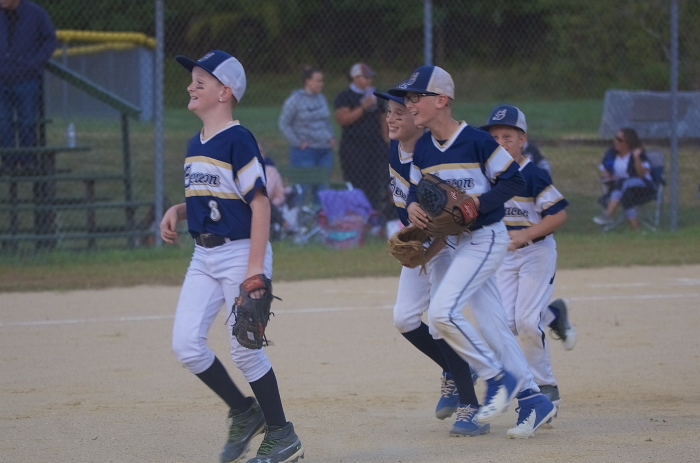 A happy Bulldogs team comes off the field Wednesday at Beekman. (Photo by S. Pearlman)

“The kids were psyched to get that win,” Varricchio said. “And now we’re not getting ‘mercy-ruled’ [when a lopsided game is ended early] but playing closer games.”

The Bulldogs also played well against Beekman in a game on Wednesday (Sept. 23), but came up on the short end of a 5-2 decision.

“We lost, but that was a phenomenal game,” said Varricchio. “The boys are getting better and better. They’re coming together as a team, we’re making fewer errors, and they’re hitting well.” 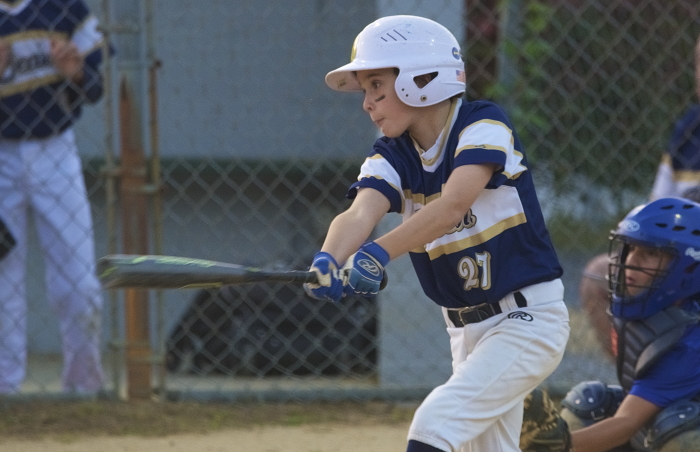