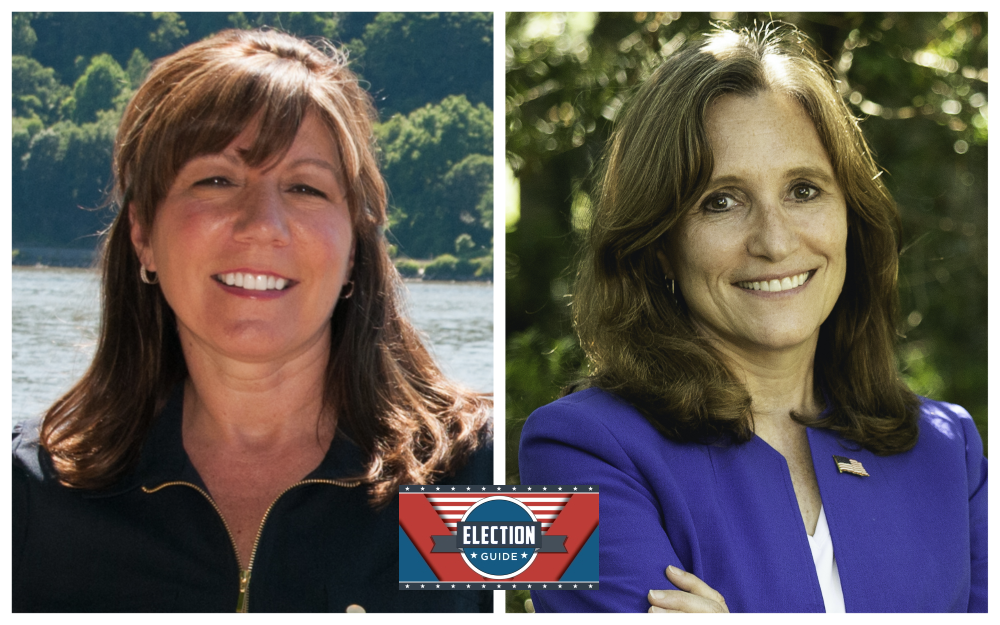 State Sen. Sue Serino, whose 41st district includes the Highlands, used overwhelming margins on the Conservative, Independence and Reform Party lines in 2018 to edge her Democratic challenger, Karen Smythe, by 688 votes of 118,180 cast.

On Nov. 3, they face each other again. Both candidates were contacted to discuss their positions; Serino’s campaign did not respond to two emails or a phone message requesting an interview. Smythe’s responses to questions posed by The Current follow. If Serino responds, we will post her answers here.

What do you see as the top statewide issues the Legislature has to tackle when it begins a new session in January?

■ Smythe: First and foremost is going to be the pandemic. We need to make sure that we are continuing to keep the virus at bay. The underlying issue, the biggest one, is going to be the budget. It will be an important question as to whether federal aid is coming. That will make a big difference. With the recession that we’re in, revenues are down, costs are up and there’s going to have to be a focus and a prioritization of where we need to put our resources. To me, the most important places are education, broadband, housing, mental-health services and investing in reigniting our economy — supporting our small businesses and investing in our infrastructure.

How about specific issues for Dutchess and Putnam counties, and Beacon and Philipstown?

■ Smythe: Some of them are issues everywhere, such as broadband, but the solutions to those are not always going to be the same. I know that Beacon is looking at municipal broadband. I would imagine there are areas in Putnam County that don’t even have the infrastructure, and that needs to be addressed.

Beacon is addressing their water system and those kinds of projects are ones that are expensive. One of the roles I see as a state senator is to support a project like that with funding and also connect it with federal resources. And in Putnam County, you have a series of lakes that have significant algae issues.

As we look to get people back to work, one of the things underlying that is education. We have an opportunity to highlight and focus and invest more in career and technical training. Beacon, in particular, is far away from the services and the programs that BOCES [Board of Cooperative Educational Services] offers, and so finding a way to bring BOCES to Beacon is something that I’ve spoken with a few people about — some folks have specific locations as to where that might happen.  There could be virtual programs in continuing to expand relationships with high schools to ensure that we are providing kids with all the options they have, and similarly with Putnam-Northern Westchester BOCES.

Can the state avoid cuts to local municipalities and school districts?

■ Smythe: The first part of that depends on what the federal government decides to do. Even with federal aid there will continue to be issues and I’m not sure that the state will be able to avoid cuts. The state needs to have the right priorities for spending. We need to make sure that we are funding the programs that are so desperately needed and I believe we need to look at increasing revenue — for example, having an increased tax rate for the highest income and ensuring that corporations are paying their fair share.

The MTA raised the idea of huge cuts to Metro-North’s Hudson Line service because of the large-scale drop in ridership. [Daily ridership on all Metro-North lines is down an average of 83 percent since March 1.] Can the state stop or limit those cuts?

■ Smythe: This is a big one. There’s no simple answer here, either. Even if the federal government comes in with aid, it’s not just, “OK, here’s some money and now you’re fine.” The MTA had issues prior to this recession and COVID-19. The number of people using the system is not going to change in the short-term. So it is not reasonable to assume we’re going to have full service with a quarter of the ridership. They should be preparing for the best growth on the other side because I believe that we will come out of this.

Congestion continues to be a problem around Breakneck Ridge and Indian Brook Falls. Do you plan to work at the state level for solutions?

■ Smythe: It’s absolutely a state concern. It’s not OK for the state to say you’re on your own to manage it. What I’m hearing is there have been a lot of people who’ve talked about a lot of things but things don’t get implemented. This touches why I’m running for office. My background is business. You need to work together with the people involved and focus on the goal and get it done. There are probably little solutions and big solutions. Let’s get them done.

We don’t want to tell people, “Don’t come here,” because tourism is part of the economy of Philipstown. But we also don’t want to have the tourists have no sense of respect for the place or the residents, and we also want to have respect for the natural environment. We have so many beautiful places to go. Let’s expand where we’re encouraging people to go. Breakneck Ridge is fabulous, but there’s also Fahnestock Park and there’s beautiful places in Dutchess County, as well.