The Beacon school board on Monday (Oct. 26) appointed John Galloway Jr., a 2015 Beacon High School graduate who operates a youth development nonprofit called the Label Foundation, to the nine-seat panel, filling a final vacancy and reversing course from a month ago. 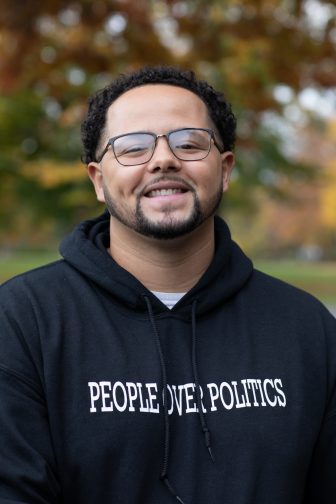 Galloway’s appointment caps off a process that began in July, when Michael Rutkoske resigned with 18 months left in his term. Before that opening had been filled, James Case-Leal resigned, indicating that he wanted Galloway and Jasmine Johnson, who are both African American, to fill the two open seats.

During interviews with the candidates in September, Galloway said he had applied for the school board to fill a gap in its representation of Beacon’s diverse communities.

After a motion to add Galloway failed, a second motion to appoint Johnson was approved unanimously. 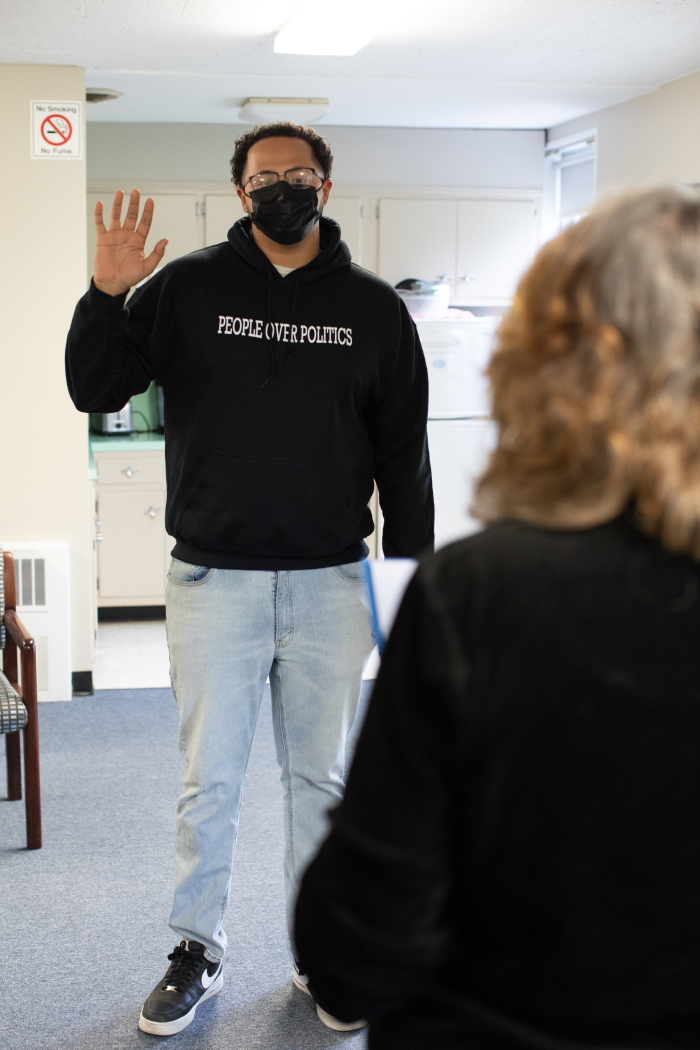 Galloway was sworn in on Tuesday. (Photo by Meredith Heuer)

On Oct. 13, the board briefly interviewed Galloway, who had rolled his application over, and Joseph Puliafito, a new applicant and longtime Beacon resident who said he had worked in education since the 1970s.

On Monday, the board voted 7-1 to add Galloway. Anthony White voted “no,” saying afterward that he thought the seat should have remained open until the next district election, which is scheduled for May 18.

“With the work that the board has to do during these uncertain times, changing its makeup will impede us,” White said. “Trying to teach board responsibilities to new members and catching them up on past information so they can make informed decisions will make the work the board has to do more difficult and will slow it down.”

White noted, however, that he respects the majority opinion and will work with the board to “do everything in its power to make sure students’ needs are being met.”

On Wednesday, President Meredith Heuer said that she was pleased to have the school board back at full strength.

“I know not everyone was happy with the process, but it was important to do it this way so every board member could voice their feelings about how to proceed,” she said. “Jasmine and John have both shown a real interest in the work the district has done over the last few years, and it will be great to have their perspectives in the room.”

Although Galloway filled Case-Leal’s seat, there could be further reshuffling next year. State law will require Galloway and Johnson, as appointees, to run to keep their seats at the next election. The seats held by Elissa Betterbid and Flora Stadler will also be on the ballot; the top three vote-getters will win three-year terms, while the fourth-place finisher will complete Rutkoske’s term, which ends in 2022.