A milestone birthday in Beacon 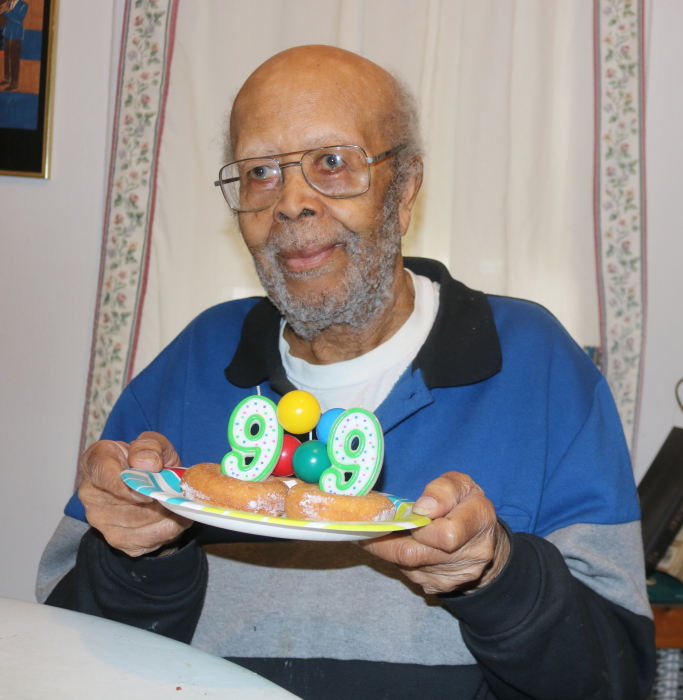 George McKie celebrated his 99th birthday on Monday (Oct. 26). During a small gathering at his home, the Beacon resident was asked how it felt. His reply was simple: “I don’t know; I’ve never been 99 before today!”

Born in Augusta, Georgia, in 1921, McKie was a young boy when he moved to New York City with his mother shortly after his parents separated.

When the stock market crashed on Black Friday in 1929, he was 8 and living in Brooklyn. “I can remember all the people jumping out of windows,” he said.

He and his mother later moved to Long Island, where he was on the boxing team at his high school. He also played junior varsity football after being judged too small for varsity. “I was what they called a pulling guard,” he recalled. “We’d pull out and run around the end, beating them on the outside.”

In 1936, while in high school, he began fixing cars, a pastime that would become his life’s work. “I worked mostly as an auto mechanic in garages,” McKie said. “I kept a lot of cars for a while; I’d buy one, fix it up, then sell it.” His favorite was a “big heavy Buick touring car.”

During World War II, he served in the U.S. Army in France.

He retired to Beacon in the mid-1990s, where he discovered an indirect connection to Joe Louis, who was known as the “Brown Bomber.” McKie lives in the former home of Melio Bettina, a Beacon resident who in 1939 won the light heavyweight title at Madison Square Garden. Bettina also wanted a shot at Louis, “but he was too small,” McKie said.

“I remember hearing his name all over the radio,” he recalled of Bettina. “I never dreamed I’d be living in his house,” which is located on Melio Bettina Place.

McKie is a die-hard Jeopardy fan and his other pastimes include reading and crosswords.

McKie is in good health. He takes just one pill, a thyroid medication.

His sense of humor is also robust.

Asked if there is something special he’d like to do during his 100th year, McKie laughed and replied, “I just want to keep out of the way. People talk about the light at the end of the tunnel; I tell them it’s a train coming!”