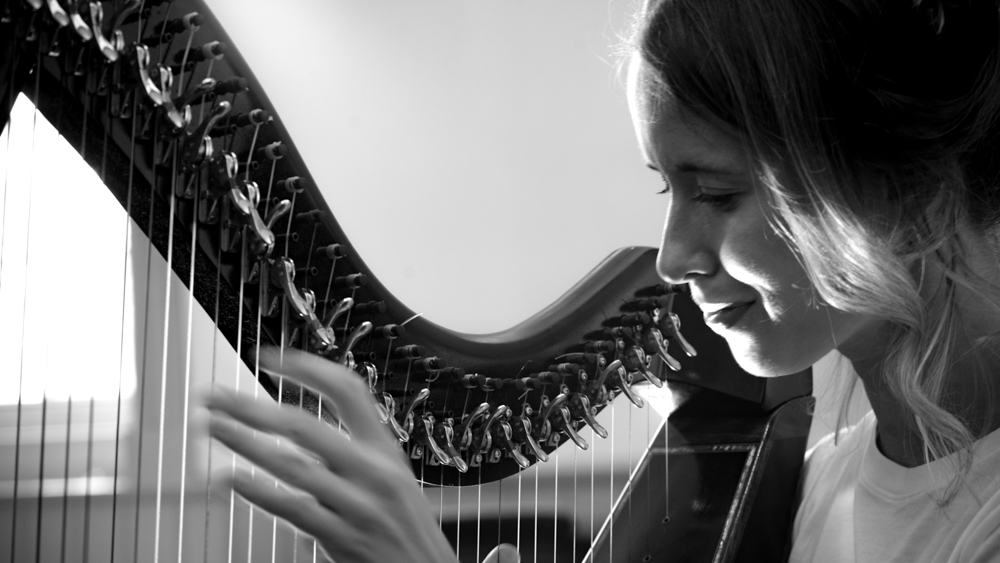 Though most Americans think of the harp as a large instrument played while seated, in Scotland and Ireland it’s a different instrument in name, size and sometimes stance.

If the musician is playing a smaller instrument that resembles a lyre, it’s likely a Celtic harp, aka a Gaelic harp, or clarsach (Scotland) or clairseach (Ireland). 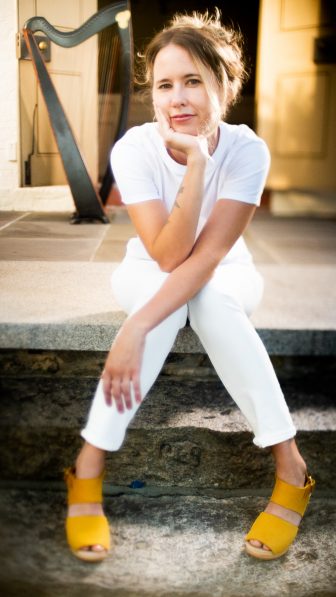 All of these terms resonate with Maeve Gilchrist, a Cold Spring resident and Celtic harpist of Scottish and Irish parentage who has just released her fifth album, The Harpweaver.

The album takes its name from a 1923 poem, “The Ballad of the Harpweaver,” by Edna St. Vincent Millay, and far from being wholly ethereal and lulling, it pulls in electronic manipulation and Millay’s own recitation of her poem, which is about a mother and son facing bleak circumstances.

“This poem described beautifully how the mother sat down and wove from the strings,” Gilchrist explains. “I found an archival recording Millay made, in her wonderful charming transatlantic accent, and it evoked the same nostalgic feelings as the melodies I was playing. In this time of pandemic, I hope it can give everyone a suspended reality for a little while.”

Gilchrist, a native of Edinburgh, describes her instrument as “an ancient version, much smaller, with a brighter tone, using levers at the top, whereas with the classic harp you use pedals at the bottom.” In North America, “there is no traditional harping culture, so people come to it here usually from classical routes. The price [of the instrument] eliminates whole groups of people. In Ireland and Scotland, it’s much more accessible. Often in North America people aren’t aware of the Celtic harp as a separate instrument, with its own repertoire.”

Gilchrist attended Berklee School of Music in Boston to study voice but explored many musical subjects. “They allowed me to take the harp into guitar labs,” she recalls. “I was surrounded by unique musicians who came from all sorts of cultural backgrounds. It taught me to learn to listen deeply to others and listen for the space for me and my instrument.”

She says of the harp, “it can do ethereal well, but it also has a range similar to a piano and it can produce driving, rhythmic sounds. The golden age of harp is yet to come.”

Gilchrist often stands while she plays. “My spine feels free and also it gives the harp presence onstage,” she says. “I often stamp my boot when I play — in an unthinking way, I’m keeping time. I’ll admit, though, that since COVID, I’ve been a lazy lump and sitting.” 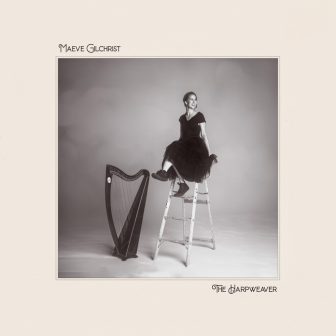 She was drawn to Cold Spring, like many others, because of its trails. “I grew up hill-walking — that’s what we call it in Scotland. It’s a way to think in an uncluttered way,” she says. “I was hiking in September [2019] on Storm King when I got a Zillow alert about a cottage available in Cold Spring.” After moving in, she wrote most of the string arrangements for the album there.

“The release does feel different — a project of my heart,” she says. “A lot of the melodic material was inspired by old melodies my grandparents might have had on the radio — melodies I’ve loved, often dripping in sentimentality. I’m interested in honing in on the idea of a nostalgia inherent in the music of the Celtic, even if you don’t have a literal connection to that part of the world.”

Above all, Gilchrist says, “I’m more interested in building an aesthetic than being known as a technically masterful musician, though you can and should be both. I love the idea of creating a space full of new colors and sounds. Especially in the current climate, sometimes we lose focus of the power of art to allow for people of all different backgrounds to come together in a space.”

The Harpweaver is available on streaming services and vinyl. To view a video of the album’s title track, “The Harpweaver,” that features the Aizuri Quartet and Kyle Sanna and was filmed in part at the Chapel Restoration in Cold Spring, see bit.ly/harpweaver.