From grizzled and hard-boiled to sarcastic and cheeky, fictional investigators come in all stripes, and now there’s a new one in town: Zip Ono, Buddhist detective.

That the sleuth is “in town” is literal, because the newly released audiobook in which Zip Ono stars is set in Philipstown. 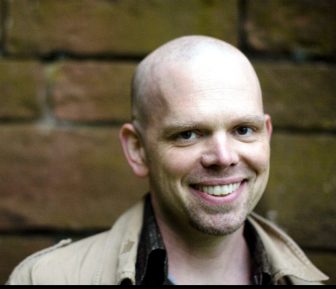 Available exclusively through Audible.com, the novel is the first by John Christian Plummer, a Cold Spring resident who is better known as a writer for television, including his series Granite Flats. He’s currently a writer for Hallmark Signature Mysteries and a theater director.

“I wrote this to be published, but my TV background gives me a strong ear for dialogue, which translates well to audio,” Plummer says. “For me it’s all about how can we reach the most people, and Audible [which is owned by Amazon] is massive.”

Plummer hopes the book will promote Soka Gakkai International Buddhism, a form of the international Nichiren Buddhist system that he practices. “And what better way than through a mystery? The protagonist is this openly spiritual person. The kind of Buddhism we practice is a process. It’s practical and pragmatic, and you apply it to your work. Zip Ono uses it to be a better detective.”

The plot centers on the death of a media mogul, “Big Bill” Argosy, which appears to be a suicide. But his widow, Laila, is suspicious, and when authorities decline to investigate, she turns to Zip Ono.

Plummer says the broad strokes of the story came to him while chanting. “They came in a flash, which happens a lot when you’re chanting,” he explains. “You’re observing your mind.

“In some of the jobs I do, we create an outline which we revise and revise before going to script,” he adds. “But outlines don’t allow me to listen to the characters and follow them. I didn’t know ‘whodunit’ when I started the story. It’s so much more fun that way. Let the characters talk — they tell you things. I have come to learn that what comes out at the end is much better and more truthful if I allow the process of uncovering and discovering. If I know the way it’s going to end, I’m not as aligned or allied with my character. In this book, she and I joined.”

The Philipstown setting is more than just local color, Plummer says. “It’s so generative to me, this environment. Cold Spring and Garrison aren’t merely the backdrop; they are embedded deep into the characters. For locals, it’s fun to hear a story where you’re talking about 9D and South Mountain Pass, Indian Brook, the Hudson Valley Shakespeare Festival, the single traffic light in Cold Spring. It tickles me to hear it spoken — how people hearing it in, say, California, will become familiar with it.

“I love this place,” he adds. “It’s not perfect, but in a lot of ways this book is a low-key love letter to our wonderful low-key place.” [Full disclosure: According to Plummer, The Current “gets a favorable mention.”] 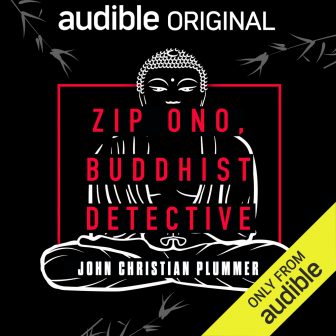 Though the only actual person named in the book is Juanita Rincon of Juanita’s Kitchen in Nelsonville, “Big Bill” — a media mogul living in a small village — may strike many locals as familiar.

“Obviously this is a refraction of Roger Ailes,” the late Fox News chairman who lived in Garrison, Plummer says. “I never met the guy, but he was, of course, a big figure in this community and in the national landscape. I was interested in investigating how you deal with a person like that, especially if they died ignominiously, or at the hands of another human being. That was part of it for sure. I’m interested in humanity, fundamentally, and not just the parts of humanity that I might disagree with.”

Plummer took a leap creating Zip Ono, whom he describes as a 24-year-old who is three-quarters Japanese American. “I gave the manuscript to some young women to read,” he says. “I gave it to a lot of friends. From the Buddhists I wanted to know, ‘Do you think I got it right and do you find the characters true?’ From the non-Buddhists, I wanted to know, ‘Is the terminology too confusing, and is it too much Buddhism? Does it feel like an ax to grind?’ ”

He says there were few changes to the manuscript when it was recorded by narrator Alison Hiroko. “Maybe it’s because I read the book aloud when I’m writing and rewriting,” Plummer says. “The voice tells the truth. The voice does the Buddha’s work; you can tell if it’s overwritten or confusing. Dickens, Twain and many other authors would go on book-reading tours to supplement their income, so they would have to know that it sounded good. I think Audible is based on an old idea: tell me a story. With Zip Ono I was able to lean into all these things I love: whodunits, mysteries, the Hudson Highlands. It all wound itself together.”