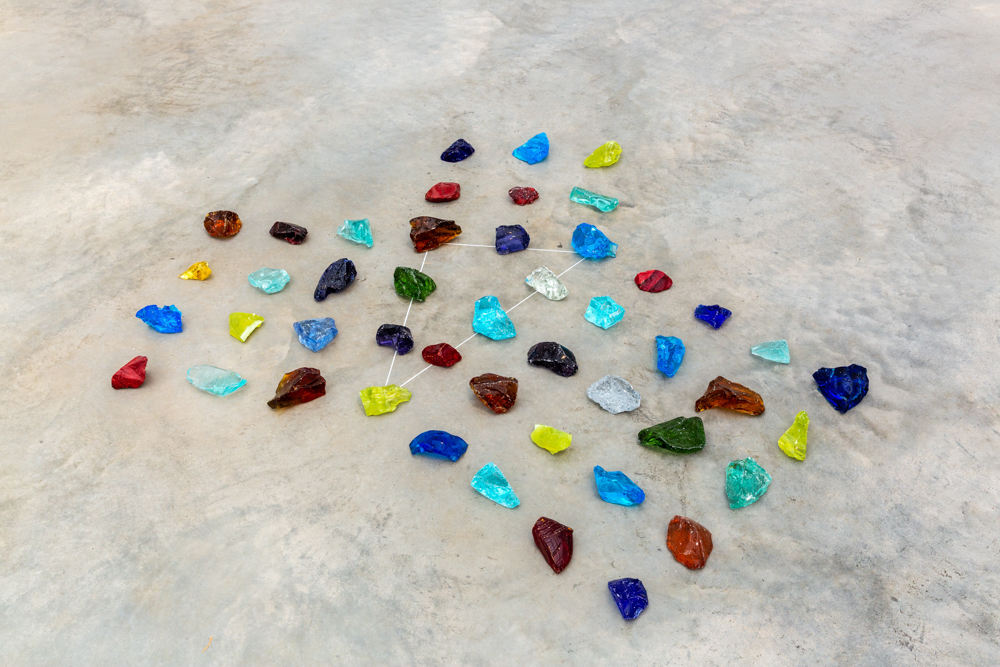 “Meditation on the Theorum of Pythagoras,” by Mel Bochner

Artists’ influences on their peers — whether overt or subliminal, intended or happenstance — occur naturally. The latest exhibit at Magazzino Italian Art in Philipstown exemplifies this, using works from three conceptual artists to highlight the connections made from their affinities.

“It’s amazing seeing the work in conversation with each other,” says Juliet Vincente, who manages programs and external affairs for Magazzino.

Bochner and other conceptual artists who came of age during the 1960s and 1970s were “part of a group of people who started disassociating themselves from the way we think of artists making a painting,” says Vincente. “They were thinking about the object, and what it meant when painting itself wasn’t necessarily the most important thing in that object.”

Although Bochner is a painter, “his intention is to give you an experience that it is completely your own; to take the emphasis away from the artist and put it on the experience,” Vincente says. “He wants you to use your own objective knowledge to decode it. He started playing with words and measurement, putting a quantity to something abstract.” 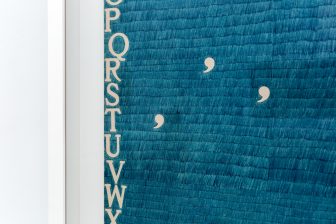 In doing this, Bochner broke away from earlier Abstract Expressionism, drawn more to semiotic representation, or how depiction of language and objects generates and translates into meaning. In his paintings, a word is repeated, or synonyms follow it, or a phrase is translated.

“By putting it in a painting he’s trying to unpack what the word means, or if it even has any meaning; he’s prompting people to think about things they take for granted,” says Vincente. “A word is also an abstract painting — a symbol that represents something else, two different worlds.”

Bochner first found success in Italy; his first major show, in Turin, was curated by Gian Enzo Sperone, who is considered the father of Arte Povera, which is a Magazzino focus. 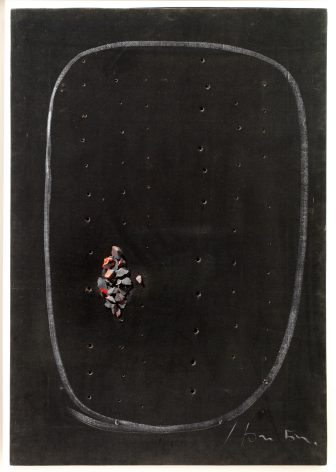 Boetti, a key figure of Arte Povera, “looked at mathematics, games and puzzles in the way Bochner was looking at words,” Vincente explains. His work, made with a variety of materials, including stamps, textiles and ballpoint pens, reflects Boetti’s fascination with alternative modes of art production, she says.

Fontana was the founder of Spatialism. “I do not want to make a painting; I want to open up space, create a new dimension, tie in the cosmos as it endlessly expands beyond the confining plane of the picture,” Fontana said in 1946. Vincente notes that he “frequently punctured the canvas with buchi [holes] and cut slashes into his monochrome painted canvas to introduce a new spatial element.”

Magazzino Italian Art, located at 2700 Route 9 in Philipstown, is open by appointment from Thursdays through Mondays. See magazzino.art/booking. Admission is free.