Elizabeth Kolbert is the author of The Sixth Extinction: An Unnatural History, which won the 2015 Pulitzer Prize for nonfiction, and the forthcoming Under a White Sky: The Nature of the Future. She will speak at 4 p.m. on Dec. 6 with David Gelber in a virtual event hosted by the Desmond-Fish Public Library. 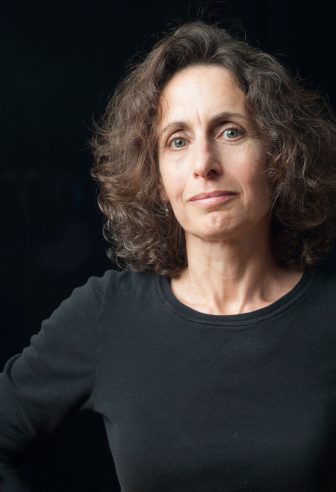 This week, General Motors said it would no longer support President Trump’s attempts to nullify California’s stricter fuel economy rules. Do you think other companies will signal that they’re willing to be more aggressive in addressing climate change under the new administration?

Yes. They see the writing on the wall. The Biden administration is going to try and reverse the Trump administration’s California decision. These companies are faced with a new political reality, and I hope they respond wisely.

Biden has unveiled a robust climate plan. What’s missing from it?

It’s ambitious, but what it lacks — which is what most of these ambitious plans lack — is a clear roadmap from A to B.

Are there lessons from the pandemic that could be used to address climate change?

People have always questioned whether climate change is such a diffuse issue that people aren’t willing to deal with it. They only deal with things that are staring them in the face. COVID is staring people in the face, killing their friends and relatives, and still people have found a way to deny reality. So the lessons we’ve learned are chilling, unfortunately.

What issue with climate change isn’t getting enough attention?

How much warming is baked into the system at this point that we haven’t yet experienced. That isn’t getting enough attention among the general public but is well understood among those who study climate change. That is why scientists have always said that you have to act before you don’t like the climate that you’re seeing. We’ve already baked in a lot of damage because of the time lag in the system.

What gives you hope?
A lot of Americans are increasingly aware of the dangers of climate change and pushing on the political system to act, and that’s what we need.