Accused of driving drunk on wrong side of road 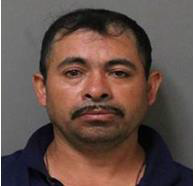 A Putnam County grand jury has indicted a man involved in a crash in June on Route 9D in Philipstown on charges of felony aggravated vehicular assault and aggravated driving while intoxicated, according to the county district attorney.

Elmer Medina is accused of injuring a woman and two of her children in the crash, which occurred during the evening rush hour on June 29. He was driving without a license and on the wrong side of the road while intoxicated, the D.A. said.

The driver of the vehicle required neck surgery and two of her three children suffered injuries and burns, the D.A. said.

If convicted, Medina faces 5 to 15 years in state prison.