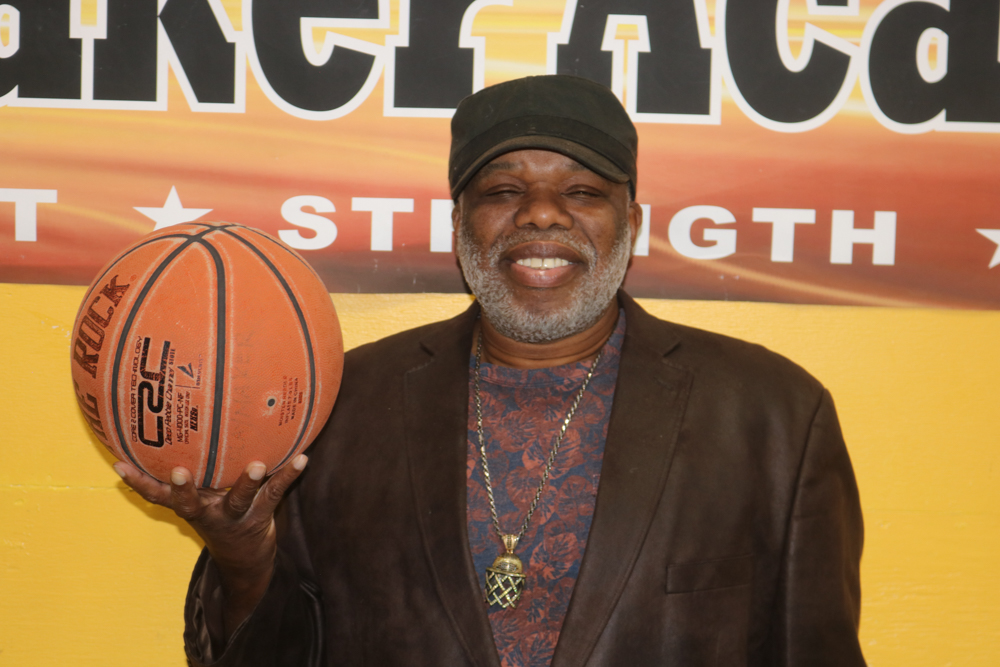 It’s an understatement to say Ken Dawson, aka “Coach,” is passionate about basketball. He loves teaching it to children. He’s a competitor. He wants to win. He wishes he could still play. The game has been at the center of his life for decades.

Yet for Dawson, head coach and owner of the Playmaker Academy, a training facility in Hopewell Junction that helped shape Elijah Hughes, the Beacon prodigy who last month was drafted into the NBA, life is about much more than a round ball.

“It’s more important to be a good person than a good basketball player,” he said.

Dawson hopes to expand the academy’s presence in Beacon.

“I went there to work with one kid — next thing I knew I had 10 kids wanting to join in,” he said. “They’re starving for it.”

The academy recently closed for two weeks after a player tested positive for COVID-19. It’s open again, but with a different look. Only 10 players are allowed in the gym at once, to allow for distancing. The training includes drills but no scrimmages.

A Poughkeepsie resident, Dawson was born on the Island of St. Thomas, moved to Puerto Rico and by age 5 landed in New York City, where he grew up in Harlem and the Bronx. He is retired from a career at Pitney-Bowes and UPS.

“Basketball was a release for me as a kid,” he said. “When you play, you don’t think of anything else.”

Dawson spent a lot of time on concrete urban courts and went on to play for the Manhattan Community College Panthers.

Coaching may have been his destiny, but it almost didn’t happen.

Around age 28, Dawson swam at the McBurney YMCA in Manhattan while rehabilitating from an injury. A friend who directed the Y’s after-school basketball program asked him if he’d coach one of the teams. He said no.

“If you won’t coach, they won’t have a team,” his friend said.

Now 61, Dawson has been coaching ever since.

In 2004, after running the basketball program at Kinder Ring camp in Hopewell Junction, he established Playmaker Academy at the nearby Taconic Sport & Racquet. 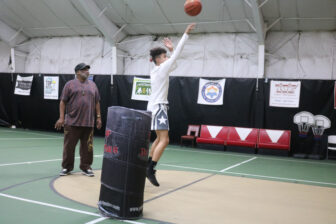 Players come from all over: Dutchess (including Beacon), Putnam (including Haldane) and even the Bronx.

Hughes, who attended Beacon High School for his freshman and sophomore years before transferring to a private school and then playing for East Carolina and Syracuse universities, was the 39th pick of the draft and, after a trade, is now on the roster of the Utah Jazz.

He was in the third or fourth grade when he came to Playmakers, and Dawson remembers him well. “Elijah loved to work; he was coachable,” he said. “And he was a very good person.” He said that nearly every member of that team went on to play in college.

Five or six years ago, some 35 girls from the academy went on to play college basketball. Last year, one of his girls’ teams went to the AAU Nationals in Indiana.

Players at the academy train within a group or play on an academy team known as The Pumas. The spring is the busiest, with as many as 160 players on travel teams in the AAU circuit. Fees range for $400 to $800 per season.

Asked what makes one player “good” and another player “great,” Dawson said: “If you’re willing to do the work, it’s just what level you want to get to.”

Players typically find the academy by word-of-mouth. “I get referrals from the kids who come here,” Dawson said. “Or they see a kid who wasn’t that good last year but has improved, and they want to know how that happened.”

The academy emphasizes teamwork. “You can score 40 points, but if your team loses all the time, it means four people on the court are not developing,” he said.

That philosophy extends to his staff, which includes seven coaches. “They are as much a team as the players,” he said.

Dawson feels the academy can help children who are struggling off the court, as well. “There are some things you can’t tell your parents; they’ll tell me and we can talk it out,” the coach said. “Myself, growing up, I just needed someone to talk to who could actually listen and not yell at me.”