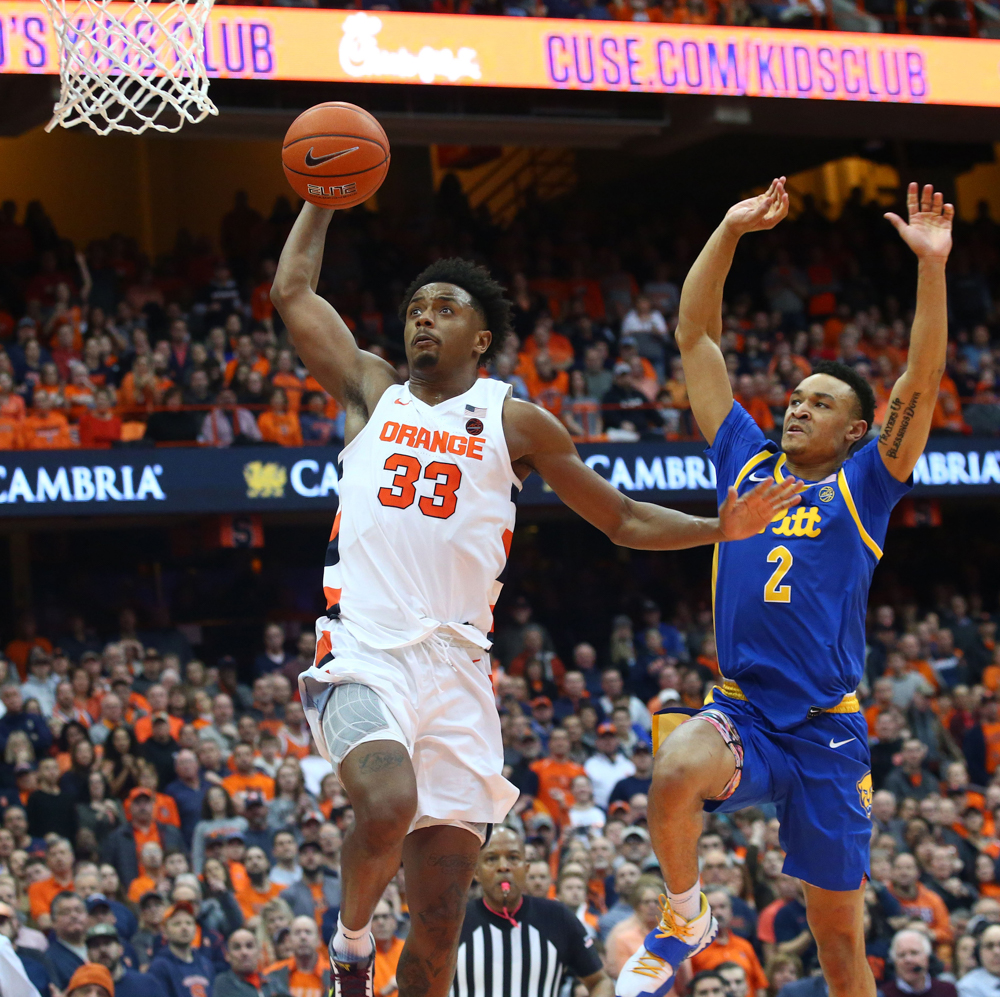 Elijah Hughes rises for a dunk during a game in January against the University of Pittsburgh. (Syracuse Athletics)

Elijah Hughes of Beacon made it to the NBA.

The standout basketball player, who attended Beacon High School for his freshman and sophomore years, was selected by the New Orleans Pelicans during the NBA draft on Wednesday (Nov. 18) as the ninth pick in the second round and the 39th of 60 picks overall. The Pelicans then traded him to the Utah Jazz for a second-round pick in 2022.

After his selection at about 11:30 p.m., Hughes posted on Twitter: “Glee,” followed hours later by, “Wow. I can’t stop shaking.” 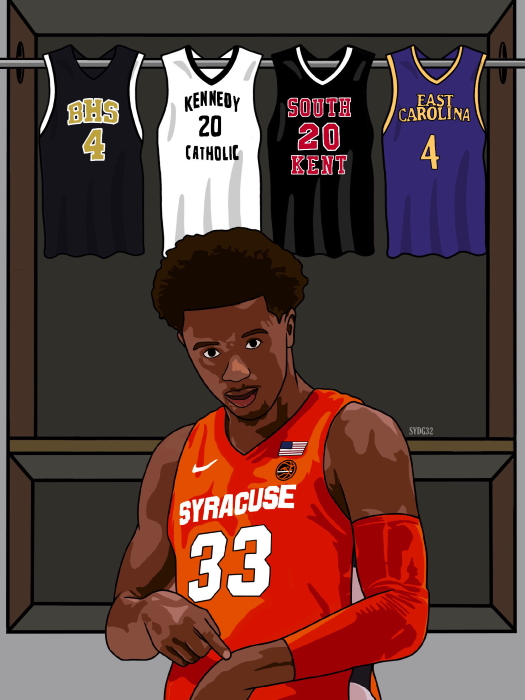 Hughes transferred from Beacon to Kennedy Catholic in Somers for his junior year and South Kent Prep in Connecticut for his senior year. He played for East Carolina University before transferring to Syracuse.

After sitting out a season, the shooting guard led the Atlantic Coast Conference in scoring at 19 points per game and was named first team All-Conference. That caught the eye of NBA scouts.

Hughes, 22, told The Current in March that he felt “the time was right” to declare for the draft. Like most players, he said reaching the NBA would be the fulfillment of a childhood dream. “I always wanted to be one of the best and play against the best,” he said. “It’s exciting, but I am nervous with all that’s going on with this pandemic.”

He spent the last few months in Beacon with his family, trying to stay in shape.

In a video posted by the NBA, Syracuse Coach Jim Boeheim said that Hughes was “one of the nicest kids I’ve ever had; he’s never late, never misses an appointment, academic or basketball.

“He’s truly a guy for the modern NBA,” the coach said. “He shoots the three, he can shoot off the dribble and he can still get to the basket. At 6’6” and 215 pounds, he’s strong and physical enough to play that way. The thing that separates the really good NBA player is someone who can put it on the floor and make a play, and I think Elijah can do that.”

Second-round picks typically receive multi-year, guaranteed contracts at the league-minimum salary, which is $898,310 annually. Many play in the NBA development league or overseas.