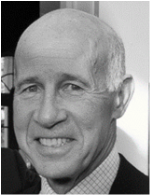 Bob was born on Nov. 19, 1943. He attended the United States Military Academy at West Point, where he was captain of the water polo team and competed for the swimming team. In addition to a degree in engineering from the academy, he earned an MBA in finance from Columbia University. As an Army captain, he served two tours in Vietnam, earning a Purple Heart and a Bronze Star.

Bob enjoyed playing tennis with family and friends at the Heights Casino Racquet Club and his home court in Garrison. He also enjoyed attending Army football games and mentored many cadets.

In 1990, Bob co-founded and became the managing director of Pecks Management Partners, an investment management firm. Before that, he had been investment banker at Shearson Lehman Brothers for 20 years and was a director at Alliance Capital Management. He served on the boards of j2 Global, CIM Commercial Trust and OFS Capital, among other firms.

He is survived by his wife of 49 years, MaryBeth Cresci; his children, Christopher, Elizabeth and Kyle; his grandsons, Christopher and Connor; his daughter-in-law, Timea, and soon-to-be daughter-in-law, Christina, and his siblings. He will be interred with military honors at the West Point Cemetery.