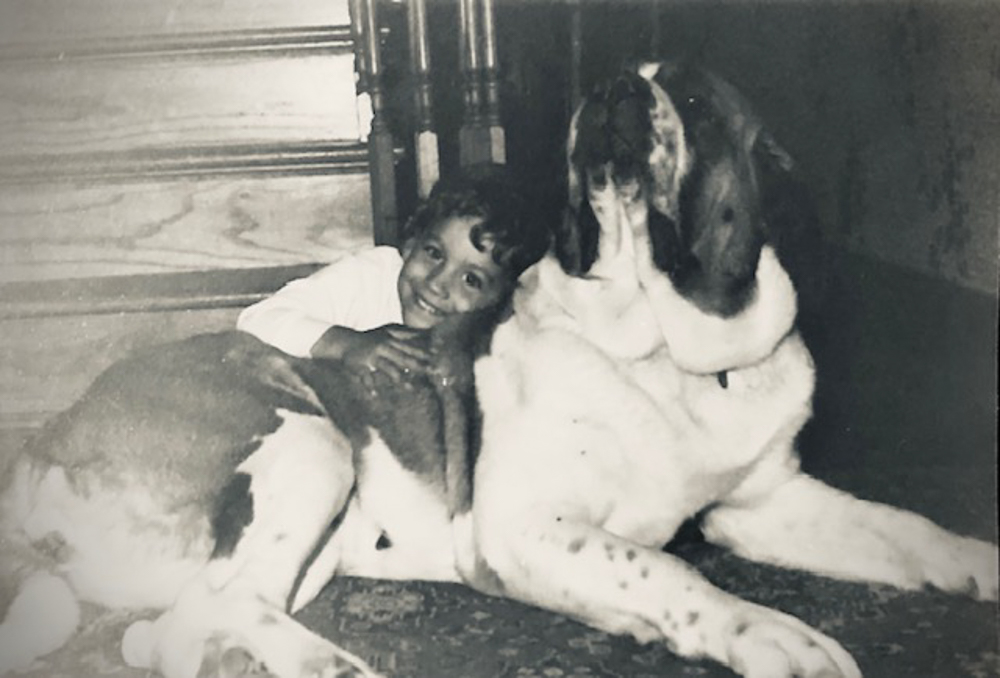 Most 7-year-olds think big when asked what they want to be when they grow up: Professional athlete, explorer, movie star. Little Lisa Sabin wanted to be a dog.

It wasn’t a passing fancy. She spent years in pursuit of this.

“From the time I was 3 until maybe 10 or so, I spent a lot of time on my all fours, running around, barking, not eating at the dinner table,” recalls the Cold Spring resident, who is an actor, singer, voice-over artist, director and mother of two. “When I was a young dog, I would give myself agility training. This translated into setting up barricades in doorways and leaping over them to see how high I could clear and still land on my hands. I developed strong arms.”

Sabin has a clear memory of being asked by her first grade teacher about her plans for adulthood and being reminded, emphatically: “You cannot be a dog.”

Today, Sabin ascribes the behavior to “not really anything more than I loved dogs. I had the encyclopedia of all the breeds. I understood them, they understood me. I didn’t want to be a firefighter, or a waitress — I wanted to be a dog.”

This desire, she admits, may have resulted from Buttercup, a St. Bernard that was a beloved member of the household in Winnipeg, Manitoba, where her father was the conductor of the Winnipeg Symphony and, at the same time, played in the first violin section.

The family landed in Winnipeg in a roundabout way. “My grandparents on my father’s side were part of the wave of young Jews who fled Hitler in the ’30s and scattered around the world,” she says. “They wound up in Uruguay, and my father was born there. He was a child prodigy and later came to the U.S. to study. He went to the Yale School of Music and met my mom, who was 19 and a waitress in New Haven.

“They moved to Cleveland, where my father got a job at the Cleveland Institute of Music. My brother was born there. Then, they moved to Winnipeg, where my father was assistant conductor, and then conductor, of the Winnipeg Symphony Orchestra. I was born there. In the 1970s, there was a conflict in Uruguay which made it difficult to stay there if you were outspoken and/or an artist, and my grandfather was both of those things, so my grandparents fled and came to Winnipeg, where my grandfather became principal second violin of the symphony and also its personnel manager. I didn’t speak a word of Spanish, but we communicated. 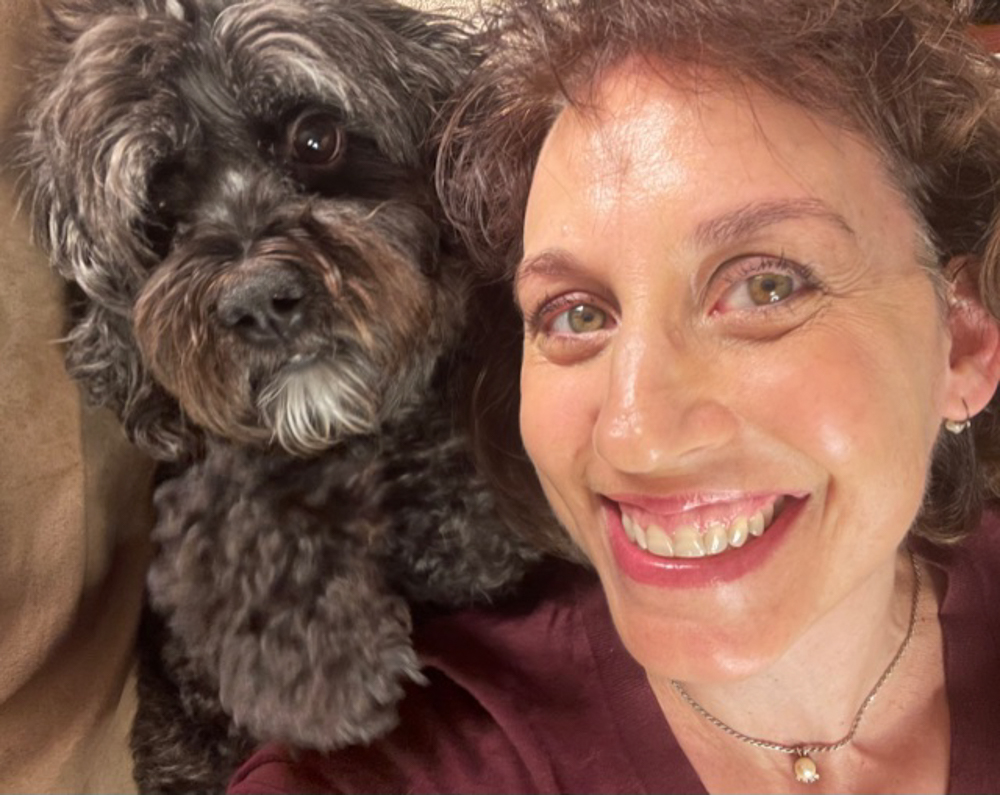 “When I was 7, we moved again, including Buttercup, to Saskatoon, where my father conducted the Saskatoon Symphony. There were often guest artists and my father would conduct the orchestra that accompanied them.

“After one concert, my brother and I were brought backstage, where my father introduced us to that night’s performer, Harry Belafonte. Being from Montevideo, Uruguay, my father has a thick Uruguayan accent, and he said: ‘This is Harry Belafonte.’ And Harry Belafonte, playfully mimicking the accent, said ‘Hi’ to us. I answered him with ‘Hiiiiiiiiiii’ in my low Cookie Monster/Oscar the Grouch hybrid 7-year-old hoarse voice.

“Harry Belafonte was enchanted by how similar the two of us sounded, and he took me around to everyone at the reception, introducing me, getting me to do ‘the voice.’ I didn’t know who he was, except that my dad would always say ‘unless it’s the best, it’s not important,’ so I knew Harry Belafonte must be someone important and famous.

“Not long after that, I was diagnosed with vocal nodes, no doubt from all the barking. My mom had to take me to the emergency room. Luckily, I was able to avoid surgery, which has the potential to ruin your voice, like what happened to Julie Andrews. Instead, I spent years having to learn to ‘get off of my throat,’ which means learning to sing — and bark — without your throat hurting. To do this you support with your breath and relax all muscles in the throat and everywhere else. I am the singer I am today because of years of study on how to sing without pain, without damage.

“Before me all the women in my family were big sopranos, but I was a big ole belter, and my daughter is, too,” she says. “It took me many years of study to find I do have the soprano range, but who knew?”

By the time Sabin was 10, her parents had divorced, and her mom “didn’t want to stay stuck on the prairie with two kids. She was from New England, and she moved us to Cambridge, Massachusetts, where I wound up grooving to ‘Sledgehammer’ with [classmate] Matt Damon in a [Cambridge Rindge and Latin School] classroom.” (Another story.)

In the years following, Sabin graduated from Trinity College, where she “did all the musicals, sang in an a cappella group, spent my junior year in London.” It was there that she met her former husband, Marc Sabin, and after college she moved to San Francisco to be with him. In 1997 they moved to New York City to give Broadway a shot. In 2003, they moved to Cold Spring, where their two daughters, Sophie and Gemma, were born.

Although Sabin no longer communicates via barking, Sabin has found ways to speak to her dog, Thunder, who is a Cavalier King Charles spaniel and poodle mix. “Thunder stares longingly in my eyes; we understand each other,” she says. “Although sometimes I’m tired and can’t attend to his every need. We have a gecko, fish and guinea pigs, so come on — a girl needs a break!”