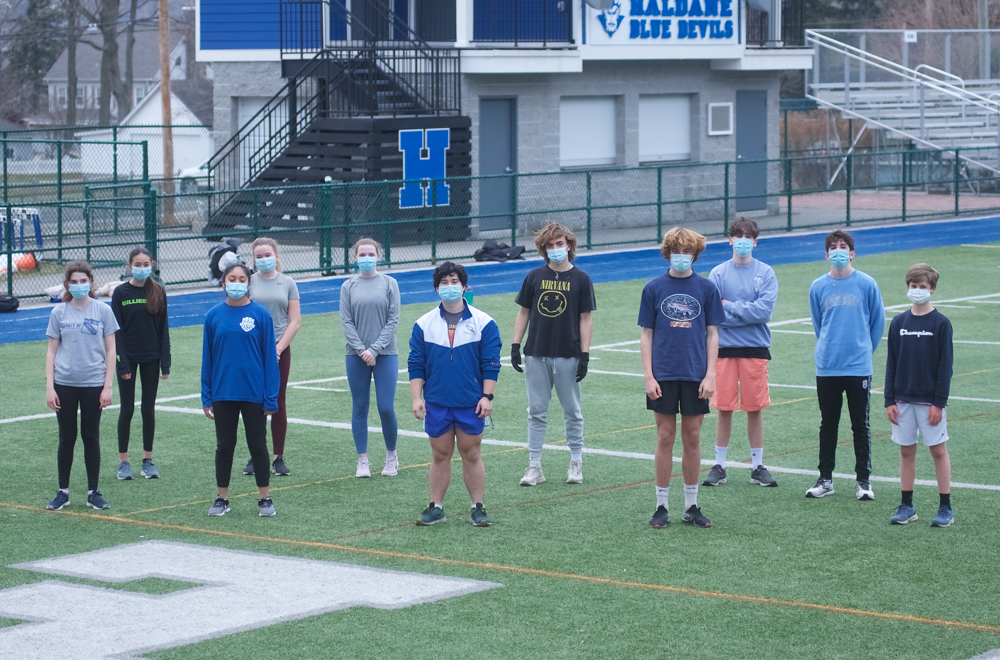 Members of Haldane’s indoor track and field team has been practicing outside in preparation for the season. (Photos by S. Pearlman)

Indoor track and field was one of the few “low-risk” winter sports given the green light during the pandemic shutdown. Practices began last week, and Haldane athletes are ready for some competition.

Athletic directors at the 82 schools in Section 1 — which includes Putnam, Dutchess, Westchester and Rockland counties — were split about whether they would hold their track seasons now or move them to March.

That’s due in part to the loss of the Armory, the New York City facility that is used for regional indoor meets but is now a COVID-19 vaccination center. Because the indoor facilities at Rockland Community College and West Point are also closed because of pandemic restrictions, teams that opted to compete in January and February have their meets outside and hope for the best weather-wise.

Until it’s clear which teams will move their seasons to March, Haldane is unable to put together a schedule, although those details should be ironed out this week, said Coach AJ McConville. Haldane usually competes in a league that includes Putnam Valley, North Salem and Pawling.

“We started practices last Tuesday [Jan. 5], so some of the team members have the six practices [required by Section 1] in already and are ready to compete,” he said. “It’s challenging. We don’t want to do ‘virtual’ meets [in which teams race separately and compare times], and we can’t invite schools to us” because Haldane does not have the facilities to host a track-and-field meet. 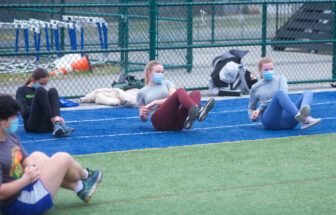 Haldane track and field athletes stretch during practice at the high school this week.

“Luke and John had nice improvements in the cross-country season, and that will carry over, hopefully, for a big winter season for them,” the coach said.

“Celia and Andreia had good winter seasons last year in the 55 [meter], 300 and long jump,” McConville said. “Celia is moving up after running cross-country to run some longer distances, and Shannon is returning after a strong winter track season last year,” when she set school indoor records in the 1,000, 1,500 and 3,000 meters.

“The main thing is we’re hoping to give kids the opportunity for some competition,” McConville said. “We won’t be able to have all of the events, or the same size meets, but to have some semblance of that will be a big plus.”