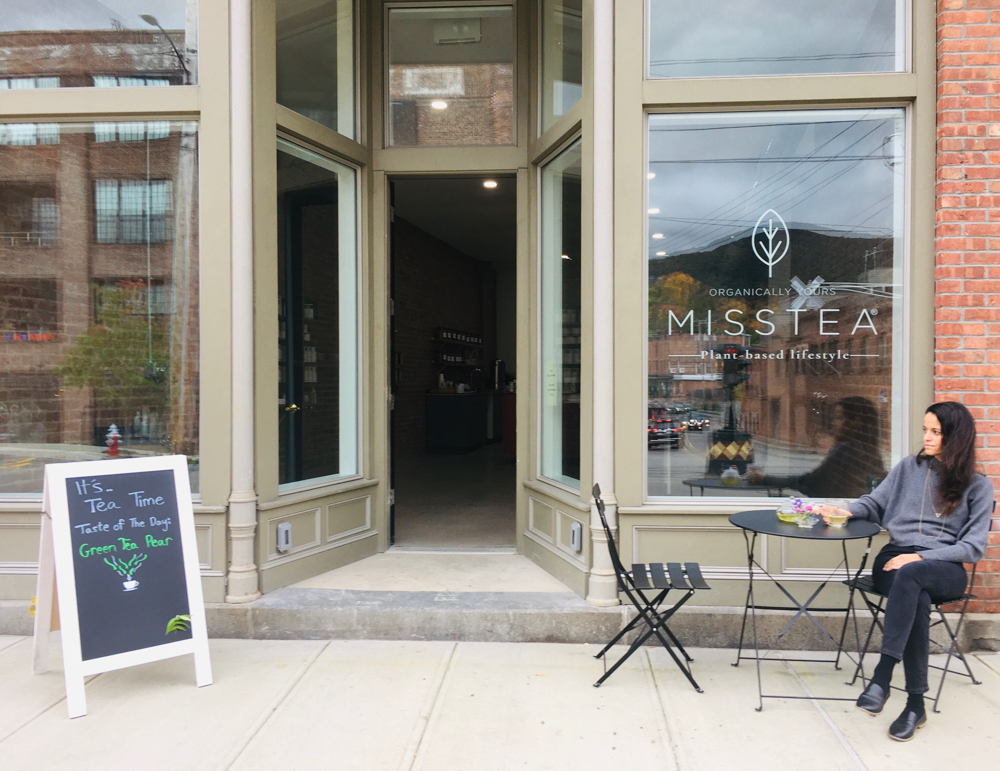 If you are under the impression that Beacon is a great place to find (1) coffee or (2) whiskey, Miss Tea is stepping up for the tea leaves contingent.

The shop, owned by Revital Shoua and Mor Tzivoni, opened in October at 520A Main St., on Beacon’s East End. It offers organic teas and herbal infusions.

The women are both from Israel, which, admittedly, is not known for tea. But the two friends have loved to travel together since they were teenagers, including to tea-centric locales like India and Japan.

“I grew up on Lipton,” Tzivoni admits, with a laugh. “But even then I was exploring infusions. I loved gardening and growing and that was a part of it.”

Later, in their travels, “in every culture we were attracted to the tea,” she says. “The chai, the street life, the difference between north and south in India, the tea ceremony in Japan — which is dear to my heart. For us, tea and herbs have new aspects: the power of the plant, the natural medicine they provide, the journey they can take you on — depending on what you drink — and the small rituals which relax you and give you a moment.”

Tzivoni lived in Japan for a while before returning to Israel, and Shoua relocated to New York City. Eventually she called her friend to see if she wanted to start a business.

“Tea and herbal infusions was the most natural thing for us,” Tzivoni says. “To bring this to New York, which has such a big coffee culture, seems like a mission. But we wanted to open people up to having another beverage, which is relaxing. Tea is not just for when you’re sick but can actually keep you healthy.”

They operated a winter shop each year beginning in 2008, selling organic loose teas and their own line of herbal infusions with descriptive names such as “serenity” or “longevity” so that people “can intuitively choose the right infusion for them at that moment,” Tzivoni says. 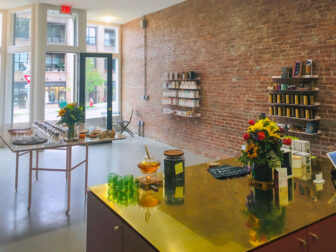 Miss Tea sells a variety of organic and infused teas.

They also did holiday fairs at Bryant Park and Union Square but always dreamed of having a retail space.

Shoua moved to Cold Spring, followed not long after by Tzivoni. They began scouting the Highlands for a space and waited nearly a year for the space they occupy in Beacon.

“We love the location,” Tzivoni says. “As soon as the shop became available, we took it, pandemic and all. It was a lot to consider, but it felt right. The world was in a shocked mode, but ultimately it gave us time to figure out how to run it temporarily without our planned tea tastings, samplings of tea of the day, brunches — things we’d planning on having to bring the community together. We had to change and adapt to the circumstances.”

Tzivoni says they have “been getting a lot of coffee drinkers who are trying to switch. We also do tea-to-go, make iced teas and have a canister refill program. People are less familiar with herbal infusions.” They have partnered with local artists. “We’re doing a pop-up show for women designers doing handmade scarves for winter,” she says. “We have a space designated for that.”

They say they are grateful for the support they’ve received from other shop owners. “They have been promoting us, talking about us and giving us advice; it’s been wonderful,” Tzivoni says. “That’s why we chose Beacon, but we didn’t expect to get such encouragement and support.”