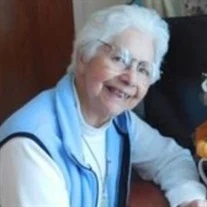 Sister Lydia Lojo Cruz, 90, a nun with the Redemptoristine Sisters in Beacon, died on Jan. 21. She had been under the care of the staff at Ozanam Hall Nursing Home in Bayside.

The youngest of eight children, she was born and raised in Puerto Rico. She worked for the Social Security Administration in Mayaguez before entering the Redemptoristines in Esopus in 1962.

Sister Lydia lived simply, her friends said. She had a heart for the poor of the world and a deep concern for the environment. Her community called her the “Recycling Queen.” She put her linguistic talents in service of the Order of the Holy Redeemer by translating and editing the Viva Memoria journal.

In that capacity, she lived in England and attended General Assemblies in Italy to build unity in the Order. Always with a prayer, “Gracias a Dios,” and a smile on her lips, she served the community as novice director and sub-prioress.

She is survived by her nieces and nephews. A private Mass of Christian Burial will be held on Monday (Jan. 25), with burial will follow at the Redemptorist Cemetery at The Mount Community in Esopus. 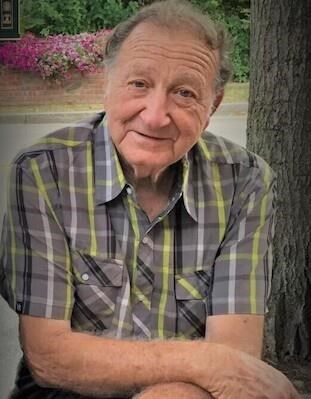 He was born in Beacon on Sept. 17, 1933, the son of Lawrence and Rachel (Capasso) Marinaccio. After graduating from Beacon High School in 1952, he served in the U.S. Army Corps of Engineers during the Korean conflict. He was stationed in Germany as part of the rebuilding effort.

Ralph worked most of his life in the construction business. In the 1960s, he owned and operated Mid-County Construction, and later worked for K&A Construction. He then became a co-owner of Colonial Builders and the Hometown Deli.

He enjoyed gardening, and worked with vegetables, flowers and fruit trees, his family said. He also loved entertaining family and friends.

A parishioner of St. Mary, Mother of the Church in Fishkill, Ralph was instrumental in the church’s Joyful Noise Prayer Group, Healing Mass and other programs. He also worked with the church and the community in an effort to feed the homeless.

A Mass of Christian Burial was offered on Jan. 21 at St. Mary’s, followed by interment at Fishkill Rural Cemetery. Memorial donations may be made to help St. Mary’s programs to feed the homeless, c/o St. Mary, Mother of the Church, P.O. Box 780, Fishkill, NY 12524. 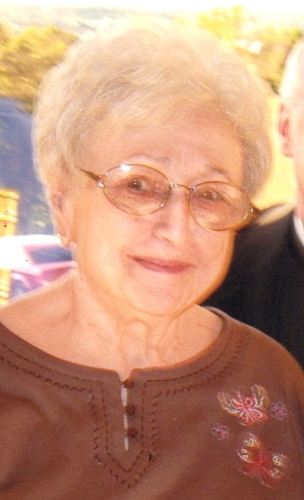 She was born March 13, 1930, in Beacon, the daughter of Joseph and Gertrude (Boshardt) Mazzacone, and attended Beacon schools. On Dec. 24, 1950, at St. John the Evangelist Church in Beacon, she married Howard Pendleton, who died in 1990.

Rose was a lifelong communicant of St. Joachim-St. John the Evangelist parish in Beacon, receiving all her sacraments. She worked as a feeder at the Nabisco factory in Beacon for 42 years. She thoroughly enjoyed cooking Italian dishes and always prepared meals for the holidays and family gatherings.

Rose is survived by her children, Perry Pendleton, Penny Splain (Leonard) and Holly Browne (Gary VanDuyn); her granddaughters, Carissa Splain and Brianne Murphy (Mark); and a great-grandson, Korbin Charland-Browne. She is also survived by her sister-in-law, Anna Pendleton.

A Mass of Christian Burial was celebrated on Jan. 20 at St. John the Evangelist Church, followed by interment to St. Joachim Cemetery. Memorial donations may be made to the Beacon Volunteer Ambulance Corps, P.O. Box 54, Beacon, NY 12508. 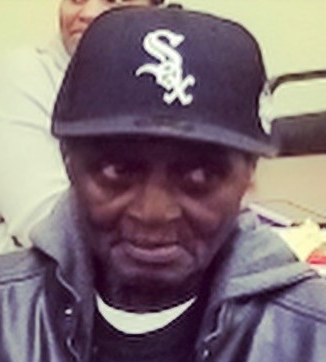 He worked for 25 years in housekeeping maintenance at the Castle Point VA Medical Center in Wappingers Falls and 20 years at the Fishkill Health-Related Center in Beacon. He also worked at Key Food in Beacon until he was 76.

His hobbies included jazz and big band music. He was also a fan of boxing and baseball, especially the Yankees.

A service was held at Libby Funeral Home in Beacon on Jan. 22, followed by interment with military honors at Fishkill Rural Cemetery. 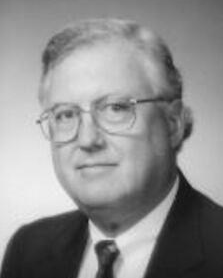 Robert W. Sheehan, 87, a retired IBM executive and longtime resident of the Hudson Valley, died of complications of Alzheimer’s on Jan. 13 at RiverView Senior Assisted Living in Palm Bay, Florida.

Bob was born in Beacon on Nov. 4, 1933, the son of Ralph and Elizabeth “Betty” Sheehan. He graduated in 1950 from Saint Patrick’s High School in Newburgh, where he played on the varsity basketball and baseball teams.

He enrolled at Manhattan College but left school early to join the U.S. Air Force and was stationed at the Landsberg Air Base in Germany. On May 28, 1955, at St. John the Evangelist Church in Beacon, he married his high school sweetheart, Joan Smith, who survives in Sebastian, Florida.

Bob joined IBM in 1964, where he had a career in global procurement. As a manager, he was assigned to multiple plants in Dutchess County, as well as Endicott; Raleigh, North Carolina; Boca Raton, Florida; and Tokyo. Bob was a member of the IBM Quarter Century Club.

After retiring, Bob worked for several entities, including the U.S. Census Bureau, where he was consistently recognized for his dedication to providing quality data about the nation’s people and economy, his family said.

Bob loved golf. He also was a dedicated Catholic who attended the Holy Cross parish in Vero Beach, Florida, where he was a member of the Knights of Columbus and the Vero Beach Elks Club.

Memorial donations may be made to the Alzheimer’s Association (alz.org).