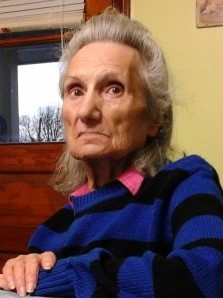 She was born in Suippes Marne, France, on Jan. 6, 1926, the daughter of Pierre Marcel Arsene and Genevieve Marie Eugenie (Thierion) Felix. On Dec. 27, 1947, she married George Black at the Cathédrale Notre-Dame de Paris. They were married for 17 years, until his death in 1964.

Claudette worked for many years as a seamstress for Beacon looms until her retirement in 1996. She enjoyed the simple things in life, such as sitting on the porch and enjoying the sunshine and her lunch visits to Wendy’s, her family said.

A Mass of Christian Burial was offered on Jan. 30 at St. Joachim Church in Beacon, followed by interment in St. Joachim Cemetery.

Eugene Nathan Feldman, 62, a Beacon native who most recently lived in Canoga Park, California, died on Jan. 24 at his home of heart failure.

He was born at Butterfield Memorial Hospital in Cold Spring on Sept. 12, 1958, the son of Dr. Seymour and Evelyn Feldman. He grew up in Beacon with his two older brothers, Leslie and Gary. After graduating from Beacon High School, he earned an associate degree from Dutchess Community College and a bachelor’s degree in English from Marist College.

Eugene had a strong interest in the creative arts and painstakingly created short stop-motion animated films with clay figures and an 8-millimeter camera. He also enjoyed painting, reading and theater, including outdoor Shakespeare performances.

After his parents died in the late 1980s, Eugene continued to live in the family home in Beacon while working for the U.S. Postal Service. After his brother Gary, a dentist, died in 2000, Eugene moved to California to be near his brother Leslie. He worked for a few years as an assistant editor at Creative Screenwriting in Hollywood, near the Pantages Theater.

Eugene was diagnosed with idiopathic dilated cardiomyopathy in 2014 and was treated with medication to slow the progression of the heart condition. In November and December 2020, his heart failure began to worsen. His cardiologist described Eugene as “such an innocent gentleman,” his family said.

Eugene is survived by his brother, Les Feldman (Debbie); his sister-in-law, Betty Feldman; and a niece, Lila Feldman. 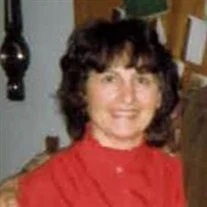 She was born in Beacon on Aug. 10, 1932, the youngest of the eight children of Anthony and Susan Tomaselli. Ann Marie attended St. John’s Elementary School and graduated from Beacon High School in 1950.

After high school, Ann Marie worked at various stores in Beacon, the New York Telephone Co., Kartiganer Hat Shop, Rubber Shop and Nabisco. In 1958, she became a corrections officers, where she worked for nearly 30 years until her retirement in 1987 from Fishkill Correctional Facility.

Ann Marie married Harvey Barlow in 1952 and they raised four children: Brenda, Harvey, Carol and Judy. He died in 1980. In 1985, she married Randy Garrison. The couple loved to travel and visited several islands, including Hawaii, and went on several cruises. Randy died in 1994. She met Frank Sgro soon after and they were together for nearly 20 years until his death in 2014.

She also is survived by her stepchildren: Larry Garrison (Rose), Steve Garrison, Kathy Miccio (Paul) and Linda Alexas (Bill); and her step-grandchildren, Larissa1 and Justin Garrison and Andrea Maloff.

Her siblings and a daughter, Brenda Droney McHugh, died before her.

A Mass of Christian Burial was held on Jan. 30 at St. John the Evangelist Church in Beacon, followed by burial at St. Joachim Cemetery. Memorial donations may be made to St. Joachim-St. John the Evangelist Church (stjoachim-stjohn.org), the St. Jude Children’s Research Hospital (stjude.org) or the Castle Point VA Medical Center (hudsonvalley.va.gov).