Thomas I. Magagnos, 70, a longtime Beacon resident, died at his home on Feb. 9.

He was born Jan. 9, 1951, in New York City, the son of Charles and Helen (Illingworth) Magagnos. He graduated from Beacon High School. On May 23, 1987, he married Maryann Synder.

Tom had a love for American history and was a volunteer at the Mount Gulian Historic Site in Beacon for 11 years. He will be remembered as a loyal, beloved friend, who loved a laugh and a good Irish whiskey, his family said.

Along with his wife of 33 years, he is survived by his daughter, Heather Brown (Timothy); his stepsons, Andrew Eichhorn and Christopher Eichhorn (Jennifer); his stepdaughter, Erin Zukowski (Joseph), and his stepdaughter-in-law, Wendy Eichhorn. He also is survived by five grandchildren: Abigail and Henry Zukowski, Adam and Kacie Eichhorn, and Emily Brown, and his siblings, Everett Magagnos and Joann King.

The family will hold a memorial service at a later date. Memorial donations may be made to Hudson Valley Hospice (hvhospice.org).

Arlene J. Matteis, 84, formerly of the Bronx and more recently of Beacon, died on Feb. 9 on her birthday.

Arlene loved the simple things in life, her family said, such as playing bingo, trivia, card parties and shopping.

She is survived by her children, Donna Tassio, Jack Matteis (Carolina) and Andrea Matteis-Mazzulli (Gene), as well as her grandchildren: Mark, Nicholas, Nina, Gabriella and Jack; and two brothers, Kenneth Vairo and Stephen Vairo.

Her family will gather on Tuesday (Feb. 16) from 4 to 8 p.m. at Libby Funeral Home in Beacon, where a prayer service will be offered at 7 p.m. A private interment will be held later.

She was born in Wilkes County, Georgia on March 4, 1939, the daughter of John and Hattie Lee Clayborn. Rosa moved with her family to Beacon at age 4 and attended Beacon schools. She married Willie Rembert, who died in 1983, and Charles Penfield, who died in 2002.

She was a lifelong member of the Star of Bethlehem Baptist Church in Beacon, where she was a deaconess and served in several ministries. She was the church secretary from 1958 to 1971 and clerk from 1971 to 1994. She also sang in the senior choir and taught Sunday school.

Rosa worked as a clerk in the inmate records office at Downstate Correctional Facility in Fishkill for 20 years, until her retirement. She always had a smile on her face and a positive attitude, her family said. Rosa was credited with naming the daycare center at Downstate, Care4 Me Daycare Center.

She was an innovative and creative person, and she loved blessing the people in her community, her family said. She taught herself to sew and to make birthday and business cards and calendars.

Rosa is survived by her sons, David Rembert (Prudence) and John Rembert (Shari), both of Beacon; and her grandchildren, Shatoya, Erica and Yasayre.

She will have a walk-through from 11 a.m. to noon on Wednesday (Feb. 17) at Star of Bethlehem Baptist Church, followed by a home-going celebration at noon. 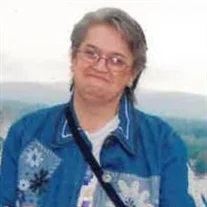 Patricia A. Pucino, 72, a lifelong local resident, died of cancer at her home on Feb. 7 with her daughter by her side.

Pat was a shift supervisor at Rite Aid in Beacon until her retirement in 2013. After her retirement, she had a routine of working out at Planet Fitness. She also enjoyed watching Judge Judy, NCIS, Let’s Make a Deal, The Waltons and the Yankees. Pat liked to travel and take trips to Atlantic City and Lake George. She was creative and loved to crochet, knit and stitch plastic canvas patterns. In addition, she was a member of the Ladies Auxiliary for the Fishkill Fire Department.

Pat was devoted to her daughter, Lynn. She kept the tradition of giving her daughter holiday baskets, even into her adulthood, for Valentine’s Day, Easter and other holidays, her family said.

A Mass of Christian Burial will be held on Saturday (Feb. 13) at 10 a.m. at St. John the Evangelist Church in Beacon, followed by interment on Tuesday at 1:30 p.m. at St. Joachim Cemetery in Beacon.