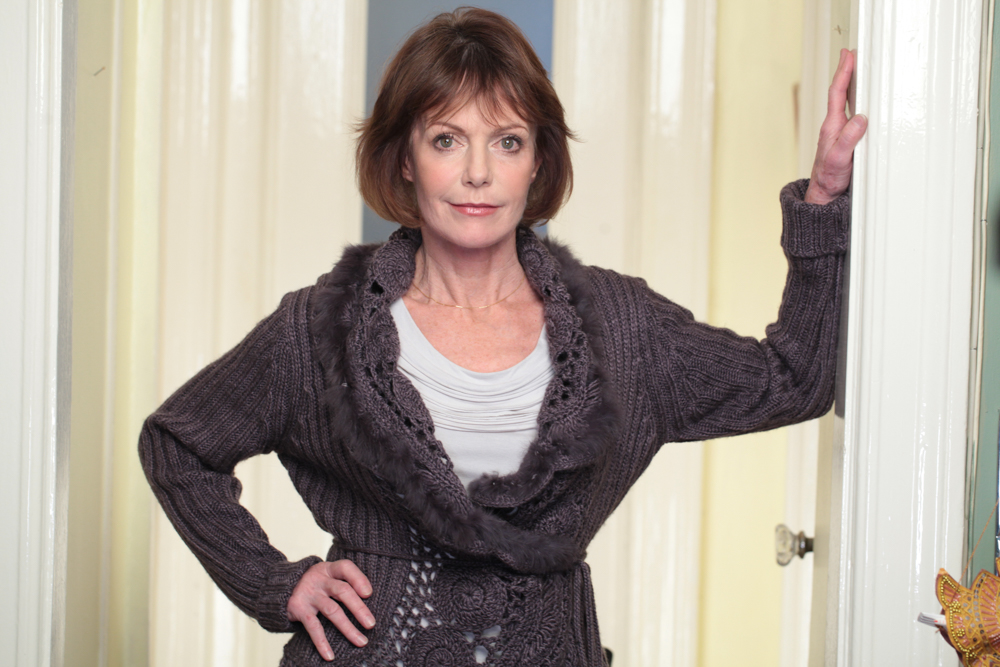 Garrison filmmaker searches for her roots

Like many artists, Corinne Chateau has raided her own life for stories.

First, the Garrison resident wrote a book, The Road to Cali, based on the trials of adopting her son from the Republic of Georgia. Then, she adapted the book into a one-woman show, Abandoned, which she performed, before tackling her material once more in a play, The Sun Shines East, developed at the Actors Studio.

Chateau’s latest project, a documentary called Safer in Silence, has an even broader personal narrative. Seven years in the making, it details Chateau’s investigation into her family’s murky past. It is filled with twists, including the most startling secret, which was revealed to her in a phone call she received at age 16.

Her father was French and her mother Polish, she explains. They were teenagers during World War II; her father hid in the mountains, but her mother’s experience was much more traumatic.

“My mother was rather distant, and there was a lot about her I felt I didn’t know,” says Chateau, who was an only child and raised Catholic. “I knew my grandfather was a Polish diplomat, but he died when I was a child. I had no family in the U.S.”

The phone call was from a woman with a heavy Eastern European accent, she says. She asked for Danuta. “I told her there was no one here called that,” Chateau recalls. “She said, ‘Are you her daughter? I’m your grandmother, and I’ve come from Brazil to meet you.’ ” 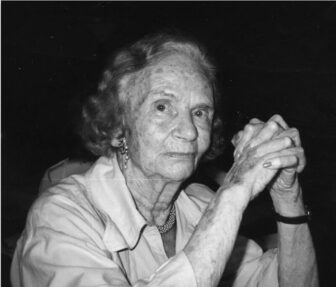 Chateau’s grandmother had hired a private detective to find the family in the U.S. Chateau found her “beautiful and interesting” and “couldn’t fathom why I did not know about her before.”

Her mother had mixed feelings about the relationship. “It was a shock that her mother found us,” Chateau says. “I think my mother felt guilty that her mother was alone. I became a kind of ambassador.”

In 1993, she and her husband traveled to Rio to visit her grandmother, who was dying. “The last night that I saw her —I don’t think this was her plan — she revealed that she was Jewish,” Chateau says. “Though I had not had a strict Catholic upbringing, I had been baptized, given Communion and confirmed, so this was a big ‘What!?’ ”

Her grandmother said her own parents had converted from Judaism to Catholicism. “I said, ‘My mother doesn’t know any of this,’ and my grandmother replied, ‘Oh, she knows very well.’ ” 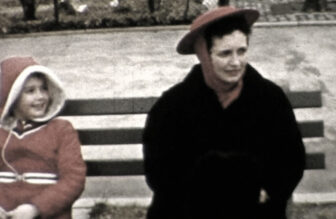 Corinne Chateau and her mother in a family snapshot

Chateau considered the times. “Things got very bad in Poland, even before the war, with all the anti-Semitism,” she says. “If you weren’t overly religious, the strategy was not to show your Jewish identity. When the war happened, my mother left, lost her language, her education, her friends. It was all about hiding. I’m sure my grandmother was quite controlling of her, telling her, ‘Don’t say this.’ ”

Chateau says her mother would never admit to being Jewish. “I just don’t know what to think, but those who were not killed by the Germans were killed by the Russians, and who knows what experiences my mother might have gone through?” she says. “I think she had post-traumatic stress — I could see the anxiety in her body, her eyes. The truth always felt dangerous.

“I have much more understanding now. I see my mother in a more objective, empathetic way. Some of her anxiety got thrown at me.”

In 1998, Chateau received another strange phone call — another person with an accent, this time a man. 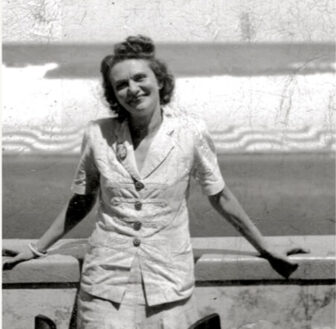 Chateau’s grandmother as a young woman

The documentary continues with the story, which includes, but is not limited to, cousins in Zimbabwe. Unfortunately, because of the COVID-19 shutdown, the film has only been shown so far at film festivals (it won the “Best Story” award at the East Europe International Film Festival). “I’m dying to have an exchange with the audience, to hear how it sparks other people,” Chateau says.

She decided to make the documentary after her mother died unexpectedly in 2009. “The shock of that, with so much unresolved, left me in this real place of depression and despair,” she says.

Chateau decided to visit Poland. There, a newly met relative helped her chase down documents and family members. “I started thinking, ‘What can I do to piece this together?’ I had this need to capture it, or otherwise it would disappear. I had this great need to have a sense of my life.”

Chateau ended up with 70 hours of footage. “I had been to film school as a director, not an editor,” she says, ruefully, referring to her studies at the graduate film program at New York University and the American Film Institute. (Chateau is also an actor who trained with Stella Adler and Lee Strasberg and is a member of the Actors Studio.) Still, she managed to whittle the footage to five hours before bringing it to professional editors in New York City and Poland, finishing it soon before the lockdown last year. (For updates, see saferinsilence.com.)

Her film, Chateau says, “is not just about Jewish. It’s been happening so much in the past few years in the U.S. — people being discriminated against because of where they’re from. It’s always been the same for immigrants and refugees. If you come with no money, it’s not easy.”