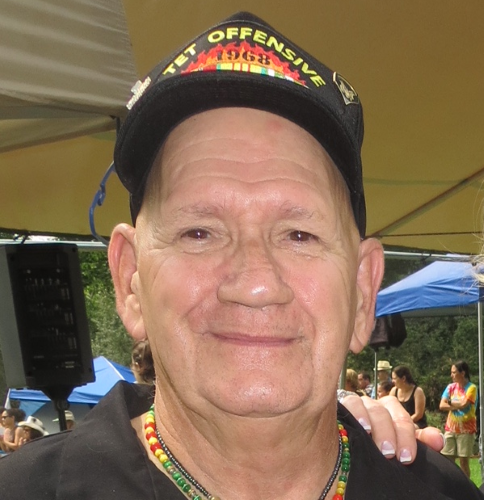 “Gil put Putnam County on the map with the pow wow, and he taught us all so much about our county’s history,” Putnam County Executive MaryEllen Odell said in a statement on Feb. 26 announcing his death.

A member of the Nimham Mountain Singers, Gil helped create the Intertribal Pow Wow that was held over a weekend each August at the Putnam County Veterans Memorial Park. It was designed, through singing, dancing, drumming and storytelling, to educate people about the 8,000 Wappinger Indians who lived in the area and their last chief, Daniel Nimham.

Gil enlisted in the U.S. Army in 1965. “He trained as a construction machine operator at Fort Leonard Wood, Missouri,” said Art Hanley, deputy director of county Veterans Service Agency, in a statement. “He served three years total, with nearly two years overseas on a tour of duty in Germany and a tour of duty in Vietnam.”

He was active with veterans’ causes and served for many years on the Putnam County Veterans Memorial Park Advisory Board and was “instrumental in expanding and refurbishing the Daniel Nimham Memorial at the entrance to the county park,” said Christopher Ruthven, deputy commissioner of Putnam County Parks. “Every year he personally decorated the Memorial for Memorial Day and Veterans Day. And, of course, his group the Nimham Mountain Singers performed at many functions throughout the county including the pow wow and the 4-H fair.”

Gil is survived by his wife, Penny.