Born Jan. 16, 1947, in New York City, he was the son of Herbert and Helen Dubler. Andrew graduated in 1965 from Cardinal Hayes High School in the Bronx. He worked in telecommunications at Nynex (Verizon) until his retirement in 1996.

Andrew collected model trains and was a member of the Putnam Model Railroad Club. He also enjoyed genealogy. He is survived by many cousins. Funeral services will be private. 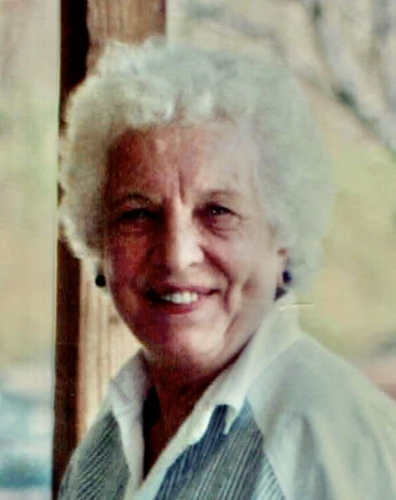 Lucia Pauline “Polly” Rick, 92, of Chelsea, Vermont, and formerly of Cold Spring, died Feb. 23 after a stroke, fall and short hospital stay. Polly lived independently in her Chelsea home until two days before her death.

Born on Nov. 1, 1928, in Springfield, Massachusetts, she was the daughter of Robert Adair Babcock, a labor organizer, and Lucia Sleeper Babcock, a teacher. Her high spirits once made her father remark, “She should have been born on Halloween.”

She grew up in Greenfield, Massachusetts, and graduated from Greenfield High School in 1946. Following graduation from Boston University’s Sargent College, she taught at private schools in Massachusetts, Texas and Rhode Island. , and In Boston, she worked on efforts to integrate housing

She married Tom Rick on Sept. 1, 1956. After giving birth to her sons, Caleb and Seth, and relocating to Manitou (and later Cold Spring), she returned to teaching at Lakeland High School and Copper Beech Middle School. She helped found Aunt Bessie’s Daycare and the Garrison Art Center, was active in Democratic politics and cheerfully agreed to be president for the Hand to Mouth Players community theater group, knowing the primary responsibility was cleaning bathrooms before performances.

Polly welcomed a multi-generational array of friends, neighbors, colleagues, community leaders and tenants to her beloved “Victorian Monster” on Morris Avenue in Cold Spring. An innovative Cub Scout den mother, she started the Philipstown women’s softball league, was flattered to have U.S. Supreme Court Chief Justice Warren Burger compliment the costume she designed and wore at the Smithsonian’s bicentennial celebration, catalyzed colleagues during New York state’s longest teacher strike and was exceptionally proud to be an AFS-USA host family and second mother to exchange student Ali Kemaloglu from Antalya, Turkey.

Though retired, at 60 she jumped at the invitation to teach kindergarten in Saudi Arabia for a year. And later, upon the birth of her grandsons, she was thrilled to relocate to Vermont, where they became the center of her life, her family said.

Polly is survived by her children: Caleb, Seth and Ali; her daughter-in-law, Trish; her grandsons, Dylan and Cooper; her sisters, Phyllis Dobias and Sue Dorsett; her brother-in-laws, Tom Dorsett, Ben Tilden and Craig Chapman; her nieces and nephews; and many friends, neighbors and Haldane alumni who enriched her life. Her siblings, Bobby, Betty Ann, Carolyn (Weezie), Bill and Marnie, and her former husband died before her.

A “kick-ass Polly party” is planned for next summer, her family said. In her memory, they ask that you vote and give time to your community or donate to Chelsea Senior Center, PO Box 44, Chelsea, VT 05038, which allowed her to live independently.