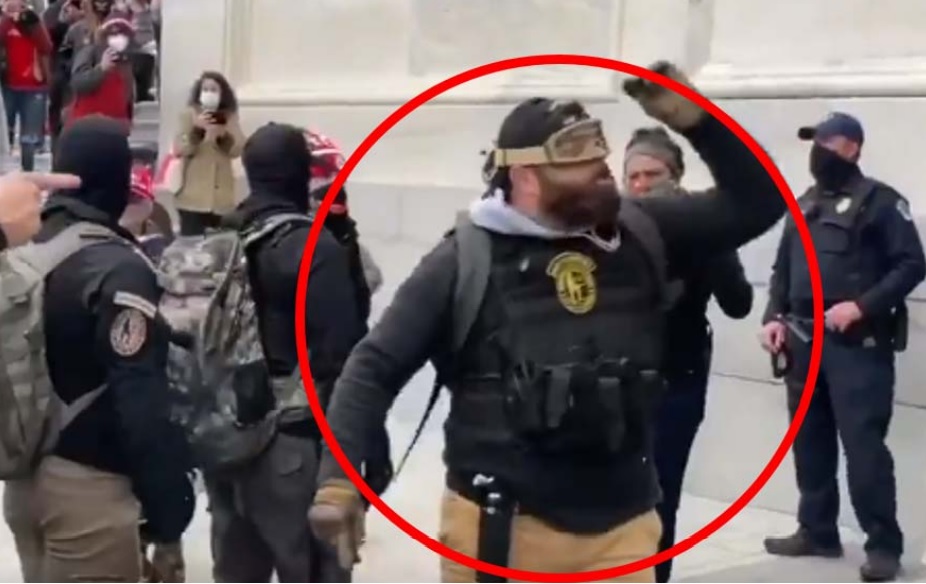 The FBI says this image shows Roberto Minuta of Newburgh at the Capitol.

The FBI arrested the owner of a Newburgh tattoo parlor on Saturday (March 6) in connection with the January riot at the U.S. Capitol.

Roberto Minuta, 36, who lives in Hackettstown, New Jersey, and owns Casa Di Dolore at 784 Broadway in Newburgh, appeared in federal court in White Plains on Monday (March 8). According to the criminal complaint filed with the U.S. District Court for the District of Columbia, he was charged with obstruction of an official proceeding, entering a restricted building or grounds and tampering with documents or proceedings.

In the complaint, an FBI agent testified that Minuta was at the Capitol on Jan. 6 “equipped with military-style attire and gear,” including ballistic goggles, a radio earpiece and radio, hard-knuckle tactical gloves, bear spray and apparel emblazoned with a crest related to the Oath Keepers militia. He “aggressively berated and taunted” police officers before entering the building, the agent said.

The FBI said that on Jan. 13, a week after the attack, Minuta deleted his 13-year-old Facebook account “to conceal his involvement in these offenses.” 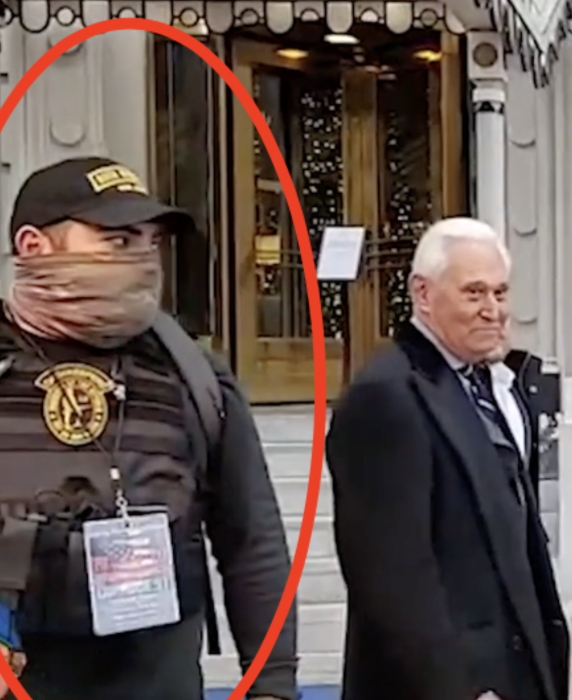 A man identified as Roberto Minuta is shown with political operative Roger Stone, who was pardoned by President Trump after being convicted of lying to Congress.

A judge set bail at $150,000 and ordered Minuta to surrender any firearms and his passport. A preliminary hearing was scheduled for Wednesday (March 17).

Minuta, a 2002 graduate of the Newburgh Free Academy, is also thought to be among the members of Oath Keepers who served as bodyguards to political operative Roger Stone before the riot.

In May, Minuta reopened his tattoo parlor despite state regulations designed to prevent the spread of COVID-19.

A Newburgh resident, Jake Lang, 25, was earlier indicted on charges of assaulting officers, civil disorder and violent entry, and a Beacon man, William Pepe, 31, has pleaded not guilty to charges of conspiracy; civil disorder; unlawfully entering restricted buildings or grounds; and disorderly and disruptive conduct in restricted buildings or grounds.

Prosecutors accuse Pepe of being a member of the Proud Boys, a white nationalist group. A co-defendant, Dominic Pezzola, also pleaded not guilty. Their next court date is scheduled for March 26. Pepe remains free with travel and firearm restrictions; Pezzola was ordered held without bond.

Pepe was employed as a laborer for Metro-North in Brewster and called in sick to travel to the Capitol. He has since been fired by the agency.

According to the George Washington University Program on Extremism, which is tracking prosecutions related to the riot, more than 250 people had been charged from 40 states and D.C.