Marion R. “Mattie” Alyea, 98, of Beacon, died March 5 in the house she had lived in for nearly 100 years. She was the youngest of six siblings.

Two years after the end of World War II, at age 25, Mattie began a 58-year career with the Beacon school district. She served as a senior account clerk, office manager and treasurer. At her retirement in 2005, Mattie was one of the five longest-serving public employees in the state of New York.

For decades, Mattie and her sisters, Jean and Peg, lived in the house in Beacon, near Main Street. They were members of the Southern Dutchess Country Club and St. Joachim-St. John the Evangelist Church. They were also committed to living in the house they grew up in.

In 2003 and 2004, the Alyea sisters were the largest donors to a community fundraiser to support the commissioning of the mural on the front of the Howland Public Library on Main Street.

Although Mattie gradually lost her eyesight, she never lost a particle of the mental acuity and strong-mindedness that marked her tenure as treasurer. She loved listening to books on tape, and to the radio, following with keen interest the doings of politicians of every stripe. She followed baseball and football and made many trips to West Point for football games.

She was fiercely loyal to her family, her community and her church, and very fond and proud of all of them, and incredibly generous, her family said. She cared deeply about people, especially those who worked hard to make a living in Beacon before and after its renaissance. She loved talking about life in Beacon in her teens and 20s — walks to the Hudson River, trips on the ferry boat to Newburgh, picnics — a time and place that seemed far gone.

She leaves behind three nieces and two nephews and many lifelong friends and acquaintances — neighbors on her street who would stop and say hello as she enjoyed the afternoon sun on her front porch.

Mattie’s life was celebrated at a small gathering for the Mass of the Resurrection at St. John’s on March 8. The Beacon school district observed a moment of silence in her memory at its meeting that evening.

Memorial donations may be made to St. Joachim-St. John the Evangelist (stjoachim-stjohn.org), or to the Animal Rescue Foundation of Beacon (arfbeacon.org).

Louis J. Boccia, 92, died March 7 at the Fishkill Center for Rehabilitation and Nursing in Beacon.

He was born in Beacon on June 11, 1928, the son of Gaetano and Brigida (Ammurati) Boccia. Lou attended St. John’s School and Beacon High School and served in the U.S. Army from 1949 to 1951. He graduated from Clarkson College with a degree in chemical engineering. After several short employments locally, Lou spent the rest of his working career in California, where he was employed by Lockheed Martin and Raytheon.

Lou was a parishioner of St. Joachim-St. John the Evangelist Church in Beacon and a member of the Knights of Columbus, American Chemical Society, California Professional Engineer’s Society and the American Metal Society.

He is survived by his siblings, Julius Boccia (Marian) of Newburgh, Michael Boccia of Florida; and Mary Thomas of Long Beach City; and his sister-in-law, Gail Boccia.

Services were private, followed by interment in the family plot at St. Joachim Cemetery in Beacon.

Edie was born Dec. 23, 1929, in Santo Domingo, Dominican Republic, the daughter of Horacio Vallejo Leguizamon and Mencia Botello Tamariz. She married Obdulio Peña, who died before her.

She worked for many years as a secretary and also Crescent Lingerie in Peekskill as a seamstress. She was a communicant of St. John the Evangelist in Beacon.

She is survived by her siblings, Papito of Montreal and Chuchu and Lourdes, Jose and Enrique of Santo Domingo. She also is survived by her granddaughters, Allyssia, Alexandria and Allenna Peña, all from Beacon; and her great-grandchildren, Janessa, Adelynn, Averie and Jeremiah, as well as her daughter-in-law, Lisa Rivera, and her children: Desiree, Destiny and Katerina. Her son, Manuel, and her sister, Amelia, died before her.

A Mass of Christian Burial was celebrated on March 10 at St. John the Evangelist, followed by interment in St. Joachim Cemetery.

Filomena Piccone, 88, a longtime resident of Beacon, died March 7 at Vassar Brothers Medical Center with her daughter by her side.

She worked as a seamstress at the S & F Coat Corp. in Beacon for many years. She was a parishioner of St. Joachim-St. John the Evangelist.

Filomena is survived by her children, Giovanni Piccone, Susan DeGilio (Frank) and Ann Marie Piccone; and her grandchildren, Alyssa and Jack DeGilio.

A Mass of Christian Burial was held March 12 at St. John the Evangelist Church in Beacon, followed by burial at St. Joachim Cemetery. 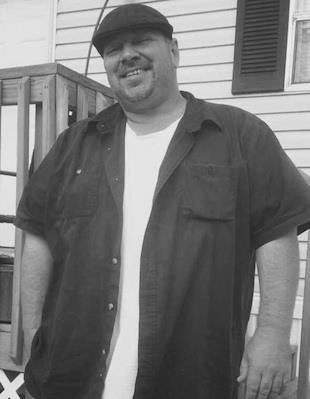 Donald Tomlins, 52, of Holland, Michigan, and formerly of Beacon, died Feb. 28 at his home.

Don was born in Beacon on Nov. 24, 1968, the son of James and Dorothy (Ireland) Tomlins. He attended Christ Memorial Church in Michigan. Don was a man with a big heart, his family said. Some of his favorite sayings were “It’s a beautiful thing” and “Fughet about it.”

Family and friends will gather on March 27 from 2 to 6 p.m. at Riverview Funeral Home by Halvey in Beacon. A celebration of Don’s life will be held at 5:30 p.m.