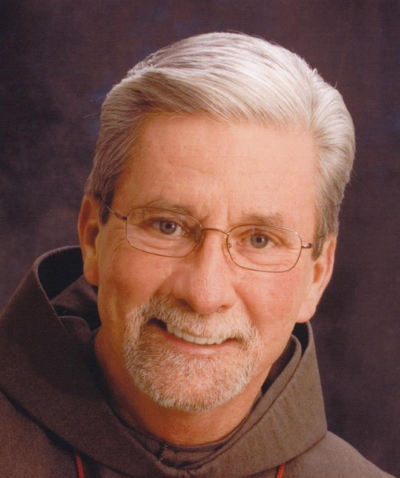 The Rev. William F. “Bill” Drobach, 78, a Franciscan Friar of the Atonement and the former president and CEO of St. Christopher’s Inn in Garrison, died May 20.

Father Drobach was born Sept. 17, 1942, in Newark, New Jersey, the son of William and Grace (Culver) Drobach. He graduated from Archbishop Walsh High School in Irvington, New Jersey, in 1960 and earned a bachelor’s degree in philosophy from Seton Hall University in 1965 and a master’s degree in divinity from Washington Theological Union in 1988.

For 16 years, from 2001 to 2017, Fr. Drobach ministered at St. Christopher’s, first as counselor and vice president, and then as president and CEO. He left in 2017 to serve for two years as the friars’ novice director in Assisi, Italy, before returning to work part-time as a member of the pastoral team and the Office of Mission Effectiveness.

In October 2019, the Prevention Council of Putnam County honored Fr. Drobach with the James Reitz Making a Difference – Outstanding Community Service Award in recognition of his “exemplary contributions and accomplishments in the fields of substance use and disorder prevention, treatment and recovery.”

Previously, Fr. Drobach served as pastor at Reconciliation Communities in Bridgeport, St. Catherine, Jamaica, West Indies, from soon after his ordination until 1991. He was appointed director of novices at Graymoor in 1991 and served until 1995, when he became pastor of St. Odilia Parish in South Central Los Angeles. He was associate pastor at the Church of the Atonement in Windsor, Ontario in 2000 and 2001.

He is survived by his siblings, John Drobach and Nancy Ford.

Visiting hours will be held on Tuesday (May 25) from 4:30 to 6:30 p.m. at Our Lady of the Atonement Chapel at Graymoor, with a wake to follow at 7 p.m. A Mass of Christian Burial will be celebrated on Wednesday at 10 a.m.

Memorial donations may be made to St. Christopher’s Inn (stchristophersinn-graymoor.org). The friars also plan to establish a Friends of Father Bill Memorial Fund. Tributes can be posted on Facebook (facebook.com/AtonementFriars) or at the Dorsey-Carlone Funeral Home (dorseycarlonefuneralhome.com).