In their first season affiliated with the New York Yankees, the minor league Hudson Valley Renegades are in first place in the East North Division with a 21-15 record as of Thursday (June 17). The team plays at the High-A level, or three levels below the majors.

The team took a 6-4 loss to the Jersey Shore BlueClaws (16-20) on Wednesday night (June 16) at Dutchess Stadium; catcher Josh Breaux had four hits in the defeat. A day earlier, the Texan homered in the bottom of the ninth to give the Renegades a 6-5 win over the BlueClaws. 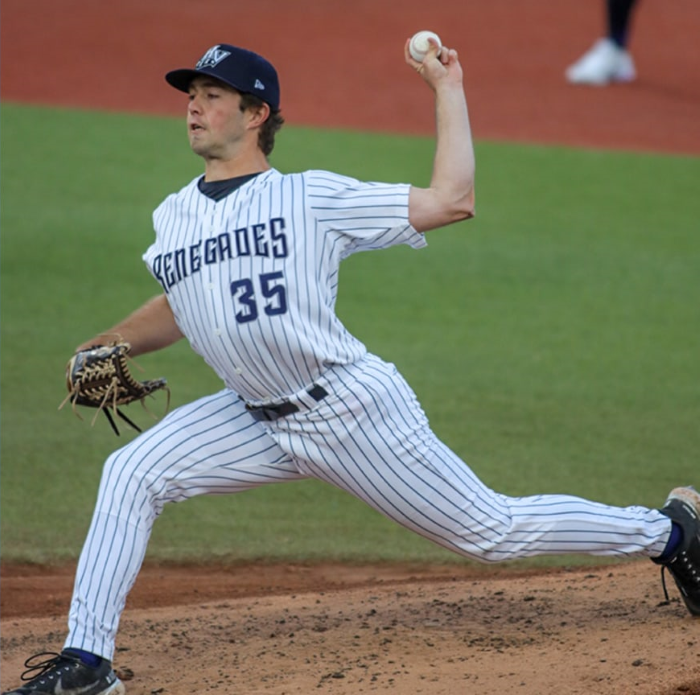 Ken Waldichuk struck out 10 batters in three-and-a-third innings in a game on May 11. (HVR photo)

On Saturday (June 12), fans were hoping to see more of Yankees ace Luis Severino, who was making his second rehab start for the Renegades while recovering from Tommy John surgery. He threw 35 pitches at Brooklyn, and the Renegades won, 5-4, but Severino suffered a groin injury that may push his return to the majors back about a month.

On Sunday (June 13) the Yankees’ No. 30 prospect, pitcher Hayden Wesneski, earned a win at Brooklyn. The righty tossed seven innings of two-hit ball, striking out nine and improving his ERA to 1.49 in the 5-0 victory.

Shortstop Oswald Peraza, 21, a native of Venezuela, was leading the team with a .306 batting average, 20 RBI and 16 stolen bases before he moved up earlier this month to the Somerset Patriots, the Yankee’s Double-A affiliate. 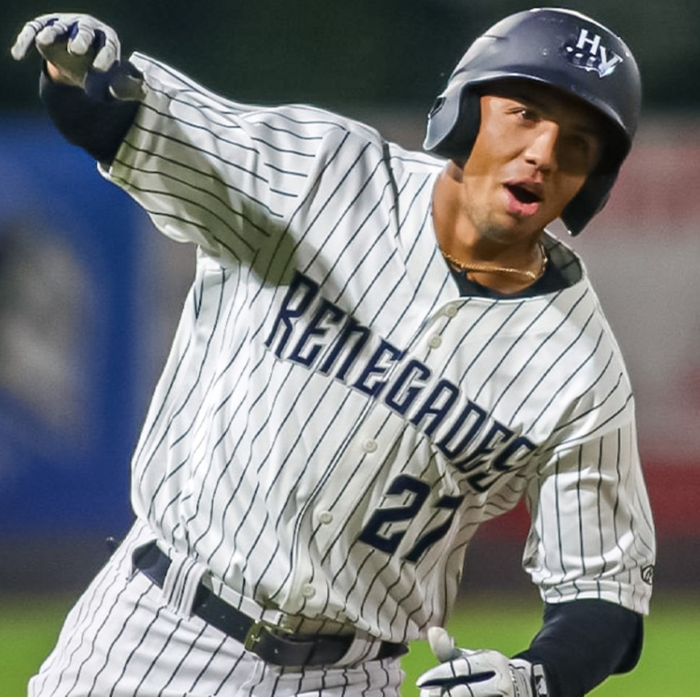 Oswald Peraza, who was leading the Renegades in RBI and stolen bases, was promoted to AA on June 8. (HVR photo)

The Renegades will celebrate the re-opening of the state today (June 18) with a 100 percent capacity doubleheader against the BlueClaws, followed by fireworks to thank essential workers, health care providers and emergency responders.