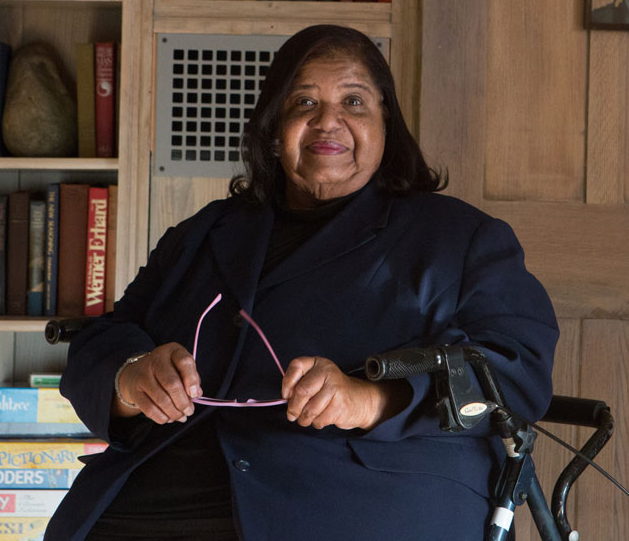 Elouise Maxey, 76, president of the Northern Dutchess County chapter of the NAACP, died June 15. She lived in Wappingers Falls.

She was born as Linda Louise Bess on Oct. 25, 1944, in Savannah, Georgia, the daughter of Charles Bess, a brick mason, and Georgia Bess, a nurse. She was raised in Atlanta and married her high school sweetheart, John Maxey, who died before her.

Known widely as Miss Elouise, she was a strong, intelligent, independent and articulate person, her family said. She earned a degree in culinary arts/food service early in her life and opened a soul food restaurant in the Bronx in the late 1980s.

Cooking and baking was her passion, but a larger passion was helping people. She returned to school to complete her master’s degree in social work and was employed at the Dutchess County Department of Behavioral & Community Health Services for nearly 10 years.

Since she was a girl, Elouise was involved in civil rights and human rights movement, joining the NAACP as a teenager. Elouise was a force to be reckoned with when it came to social justice and racism, her family said, and handled several high-profile racism cases in Dutchess County.

Fred Clarke, a lawyer and a vice president at the Northern Dutchess NAACP chapter, told Hudson Valley Magazine in 2018 that Maxey, who lived in Poughkeepsie, is “everywhere…. She might use a walker to get around, but she walks more than most people. She’s at every event, involved in every major issue. She doesn’t miss a beat, with a flip phone in one hand, her purse in the other.”

In the magazine profile, she recalled that after the schools were desegregated in 1961, the white girls wanted to touch her hair and a white boy tormented her by the lockers. Her parents were “very big into civil rights,” she said. “We were NAACP people.” She remembered serving Martin Luther King Jr. at a soda fountain at a drugstore where she had a summer job. “He loved the BLT and the vanilla milkshakes!… At 15 years old I knew I was in the presence of somebody great.”

Together, the family attended the March on Washington in 1963 where King gave his “I Have a Dream” speech. She and her parents were among the 600 people who marched in 1965 the 54 miles from Selma to Montgomery, Alabama, to protest the suppression of Black votes.

To leave Selma, the marchers had to cross the Edmund Pettus Bridge. “The police were waiting for us on the other side,” she told Hudson Valley Magazine. “And then they let the dogs loose. The dogs were attacking and biting people. We were all beat up pretty bad. I got bit on my legs and rear end. I had to have rabies shots; it was very painful. I still have a fear of dogs; I know that smell and it sets me off, like PTSD. I couldn’t march anymore after that, it was so horrific.”

In a statement, Marc Molinaro, the Dutchess County executive, called Elouise “a driving force behind the county’s successful efforts to ‘ban-the-box,’ re-establish the Commission on Human Rights and diversify the county’s workforce with the expansion of the Equal Employment Opportunity and Inclusion Officer role.

“Despite living in the Hudson Valley for nearly four decades, Miss Elouise never lost a bit of her Southern charm and hospitality, which she deftly matched with her staunch advocacy for civil rights. She believed in and facilitated civil discourse as a way to defuse tensions, and foster understanding and mutual respect in our community. While she needed a walker in her later years, it didn’t stop her from marching for the rights and respect of all people. Miss Elouise’s legacy will continue by those who knew her, loved her and whom she inspired.”

He ordered flags lowered at county facilities to honor her.

Memorial donations may be made to a local chapter of the NAACP (naacp.org).