The results of a 2020 survey conducted by Parents Magazine are revelatory.

Seventy-six percent of 1,200 mothers and 68 percent of fathers surveyed named “kindness” as the quality they most wanted to instill in their children. Melinda Wenner Moyer, in her new book, How To Raise Kids Who Aren’t Assholes, opens with those results but then hits readers with another revelation, this one from another reputable survey: that 43 percent of the parents “didn’t think their kids were respectful.” 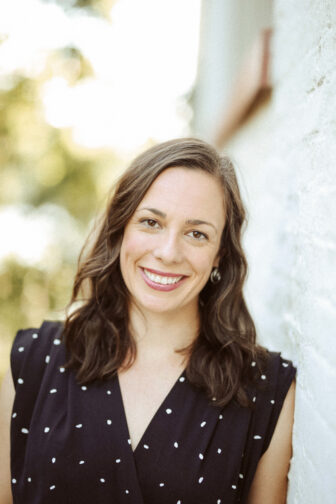 The genesis for the book, which Moyer finished writing just prior to the pandemic, was her increasing frustration at the bad behavior she saw repeatedly in the media from adults, particularly after the 2016 election.  Her frustration reached an apex during the confirmation hearing in 2018 for U.S. Supreme Court Justice Brett Kavanaugh. At dinner with her husband after watching the proceedings, an agitated Moyer blurted out: “I ought to write a book called ‘How to raise kids who aren’t assholes.’”

The next day she emailed her agent, telling him she wanted to scrap her previous idea for a book and proceed with this one. Luckily, her agent gave it a green light. The book, which is available for pre-order at Split Rock Books, will be launched locally in a free event at The Desmond-Fish Public Library’s lawn on Sunday (July 18) at 4 p.m., with Moyer discussing her publication with Dr. Tracy A. Prout, a psychology professor and therapist (register at bit.ly/melinda-moyer).

The idea that kids should be raised to be tough and take what they can in a competitive world is countered by research, Moyer writes in the book’s introduction. She cites a longitudinal study that recorded the traits of kindergarteners and then followed them for 25 years to see how successful they became as adults. The “kind children” were most successful, said Moyer.

“The more generous they were, the more they succeeded, in traditional measures of the word success. It goes against our assumptions,” she said.

Moyer, who lives in Cold Spring with her husband and children, ages 10 and 6, has the credentials to research and write knowledgeably about both parenting and science. As a kid, she loved writing but had no interest in science. That changed in college, where she studied molecular biology and earned a master’s degree in science, health and environmental reporting from New York University.

After graduating, she worked in a lab and then for a biotech company in England. There she began writing again and wondered if there were a way of marrying that with science. “That’s how I first thought about becoming a science journalist,” Moyer explained. 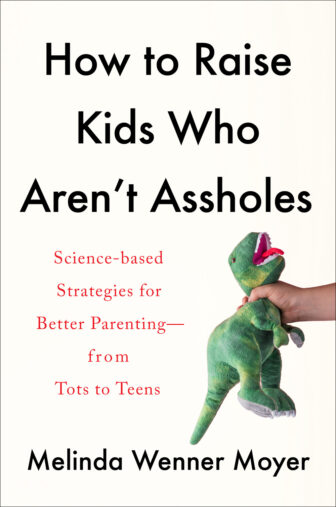 Moyer began her research for the book by listing traits “emblematic of asshole-ness,” such as selfishness, dishonesty and laziness. She then looked at the opposites of those traits, and “started researching how generosity happened.”

“In doing so, I uncovered other aspects, like self-esteem, which not only is important, but makes kids generally more considerate and assured about interaction with other people, in kinder ways,” said Moyer.

Readers of her new book can glean what’s ahead just from the chapter titles in the table of contents: “You’re Dumb And Ugly”; “You Can’t Make Me”; and “This Is Too Hard” will have most parents nodding their heads in solidarity.

The book eventually took shape with two sections, with the first focused on traits, broken down into ages, and strategies for nurturing these traits. The second section looks at parenting strategies as a whole. It focuses on some big-picture topics, like talking to kids about consent and sex, and navigating the world of relationships in a thoughtful way.

Her book provides reasons for behaviors, as evidenced by science, not parental, shoulder-shrugging hearsay. In some cases, that same science offers strategies to successfully amend the problematic behaviors, while in others, the science effectively said: “Roll with it; it’s natural, and you’re not going to win this one.”

Factored into all of this, said Moyer, is that “kids are supposed to push against boundaries, learn from mistakes” and that parenting is shaped by factors outside of adults’ control. Another factor, she said, is that “research tends to look at collective groups of people,” such as mothers, and that results are usually reported in averages that do not account for individual circumstances.

Unwary parents can also spur children to believe in gender and racial stereotypes. Both boys and girls internalize at an early age the idea that males are smarter and that there are racial hierarchies, said Moyer. Children with strong beliefs in gender stereotypes “are more likely, by their teens, to make sexist comments, and as adults they’re more likely to harass and assault women,” she said.

Parents need to examine their own beliefs and behaviors, said Moyer.

“What I wanted most is to raise kids who are not jerks, who would care about social injustice,” she said. “It was something I could do, which could be meaningful to help understand constructive approaches, and mold the future generation.”