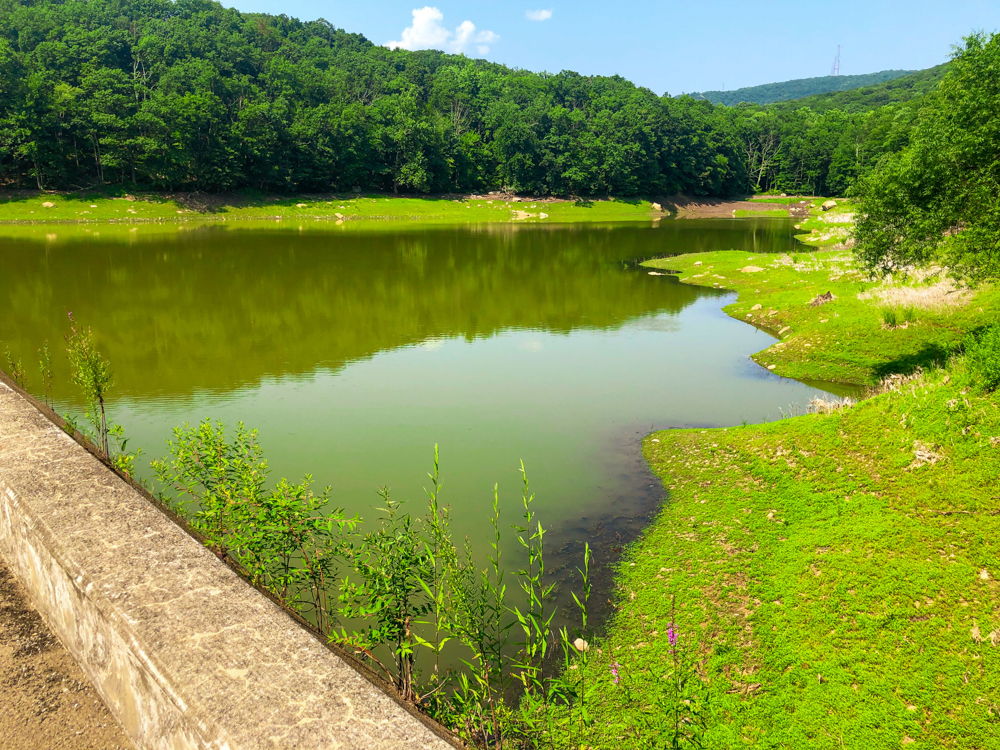 The state Department of Environmental Conservation has confirmed the presence of a harmful algal bloom in one of Beacon’s three reservoirs, although officials say there is no immediate threat to drinking water. (Photo by B. Cronin)

The state Department of Environmental Conservation has confirmed the presence of a harmful algal bloom in one of the reservoirs that supplies drinking water to Beacon, although city officials say there is no immediate health threat.

The bloom was discovered in the Melzingah reservoir south of Beacon on July 19 and testing confirmed it to be “toxic,” or harmful to people and wildlife. It’s the first harmful algal bloom recorded in the reservoir.

The reservoir was not being used at the time of the discovery, said City Administrator Chris White, and can safely remain offline for the foreseeable future because the city’s other two reservoirs are full after the summer’s unusually high rainfall. “Thank God we’re good on water right now,” he said.

The ample rainfall may have played a role in creating the bloom, although it’s precise cause remains unclear, officials said. Blooms often appear when nutrients such as nitrogen and phosphorus found in fertilizer, dish detergent and other products dissolve in the water and react with cyanobacteria. Pollution is the culprit behind some of the nation’s more notorious blooms, including “red tides” along coastal regions and the Gulf of Mexico Dead Zone, which is twice the size of Delaware.

The Melzingah reservoir is located in a remote part of the Highlands, so “there are no farms around it that are dumping fertilizer” and “no septic tanks spilling into it,” White noted. The bloom more likely was created by a convergence of natural factors, including sunlight, warm temperatures and calm water. “It could simply be the result of this bizarre weather we’ve been having, with lots of precipitation followed by intense heat,” he said.

The city and state plan to see how long it takes for the bloom to die, which could be days to months. If it reappears next year, the state will consider mitigation.