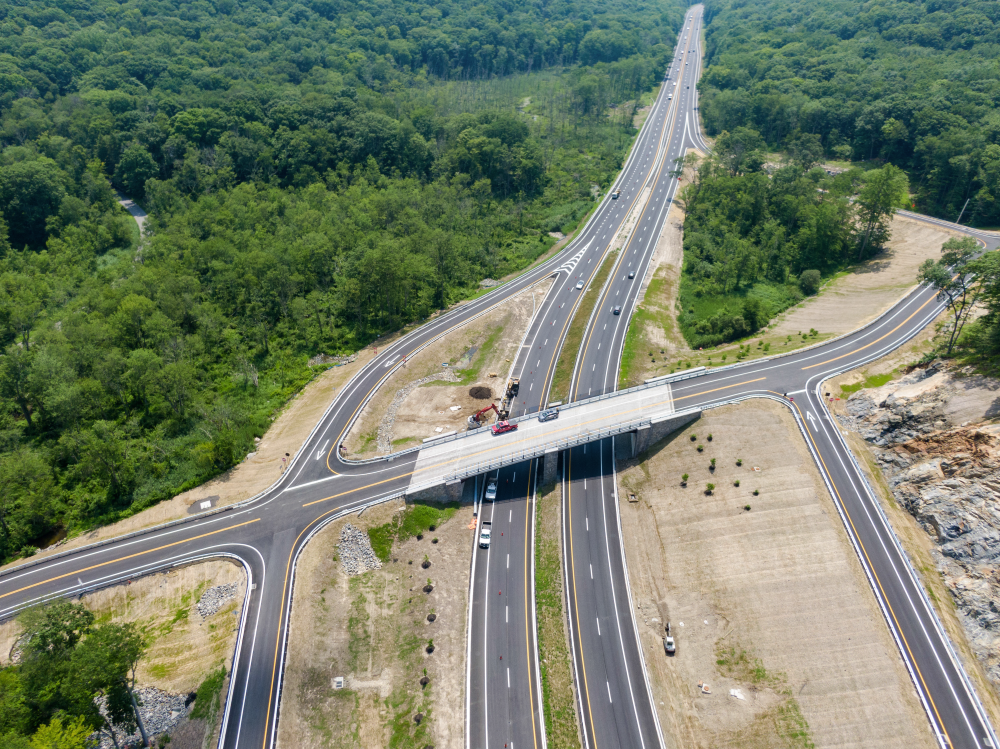 Passes over Taconic at Pudding Street

New York State announced on Monday (Aug. 9) that a new overpass at the Pudding Street intersection with the Taconic State Parkway in Putnam Valley has been completed.

The project, which cost $28.9 million, also includes new ramps to allow easier access on and off the parkway and will make crossing the parkway safer for school buses, the Department of Transportation said.

Rock that was blasted out to make room for the underpass was crushed and used as backfill, subbase and stone fill. The remainder was hauled away for use at other construction sites. An improved drainage system was installed, the state said, and wetlands relocated within the area. The culvert carrying Pudding Street over Roaring Brook was also replaced.