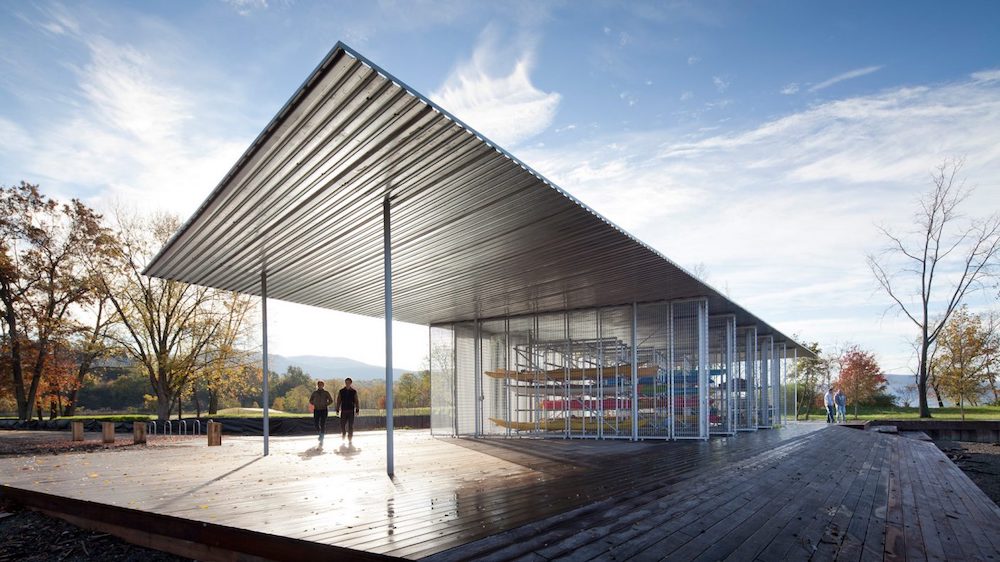 Beacon is dreaming big when it comes to parking, affordable housing and creating a more accessible Main Street corridor.

Now, city officials just have to sell their plans. The prize: $10 million in state funding.

The City Council will hold a public meeting at 7 p.m. on Monday (Aug. 30) to hear feedback on concepts that could included in an application it plans to submit next month.

Since 2016, New York State has invested $400 million in 40 communities through its Downtown Revitalization Initiative, including, in the Mid-Hudson Valley, Peekskill and New Rochelle in Westchester County, Middletown in Orange and Kingston in Ulster. If selected, Beacon would be the first community in Dutchess County to benefit.

After reviewing applications, the Mid-Hudson council will nominate two downtowns to receive $10 million or one to receive $20 million. Beacon is aiming for a $10 million grant. The application deadline is Sept. 15, with winners expected to be announced by the end of the year.

The Mid-Hudson cities that won grants in each of four previous rounds of funding promoted sustainability and energy efficiency through projects like, in Middletown, redeveloping a vacant commercial building into a rail trail commons and installing a public Wi-Fi mesh network.

Like most municipalities, Beacon has submitted an application each year since the program began, but city officials are confident about their chances this time around.

“We’ve had a committee look carefully at a series of Main Street issues in the past 18 months,” said Mayor Lee Kyriacou. “While the City Council has enacted a number of zoning and historic property changes, we’ve also identified the key elements of Main Street-area housing and quality-of-life issues we want to focus on.”

Beacon’s plan will draw heavily on the recommendations of its Main Street Access Committee, which Kyriacou created shortly after taking office last year.

The volunteer committee, which met remotely throughout the pandemic, has proposed a series of changes to Main and adjacent streets, ranging from quick fixes such as reconfiguring parking lots and restriping street parking and adding uniform “way-finder” signs to designate public parking, to the “bump-outs” currently being installed along Main Street and the creation of biking “boulevards.” 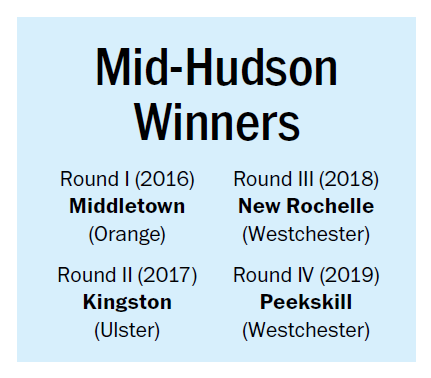 The committee’s third, and most ambitious, phase of recommendations involves the projects the city believes will qualify for state funding. That includes repurposing municipal parking lots, such as the ones on Henry and Eliza streets, as mixed-use developments with affordable housing atop public parking, or retail, housing and solar canopies in one combined structure.

“You’re pitching ideas to the state that would revitalize most cities,” said City Administrator Chris White. “We’re looking at the next level. Our challenges now are a little different from, say, Poughkeepsie or Newburgh.”

The Main Street Access Committee’s plans also intersect with the recommendations of the city’s 2017 comprehensive plan, which include creating a series of “pocket parks” around transit stops on Main Street.

With much of the city’s 5 square miles already developed, the long-term plan is to maximize the usage of city-owned structures or spaces, such as the land adjacent to City Hall and the police station, to address parking, affordable housing, recreation and other public needs. By utilizing the remaining spaces under Beacon’s control, the city can hand-pick developers and manage design standards, White said.

“We have a successful Main Street, but now’s the harder stuff,” like developing vacant or underused parcels, he said.

Monday’s meeting will include a presentation by Stowe Boyd, a co-chair of the Main Street Access Committee, and John Clarke, the city’s planning consultant, who advised the committee. Afterward, the public will be allowed to comment.

Following the meeting, the council will hold its regular workshop, during which it will discuss alternative plans if the economic development council doesn’t nominate Beacon for funding.

That could involve soliciting proposals from developers seeking to build in Beacon who would be willing to partner with the city.

“Whatever we do, we’ll keep moving the ball forward,” White said.