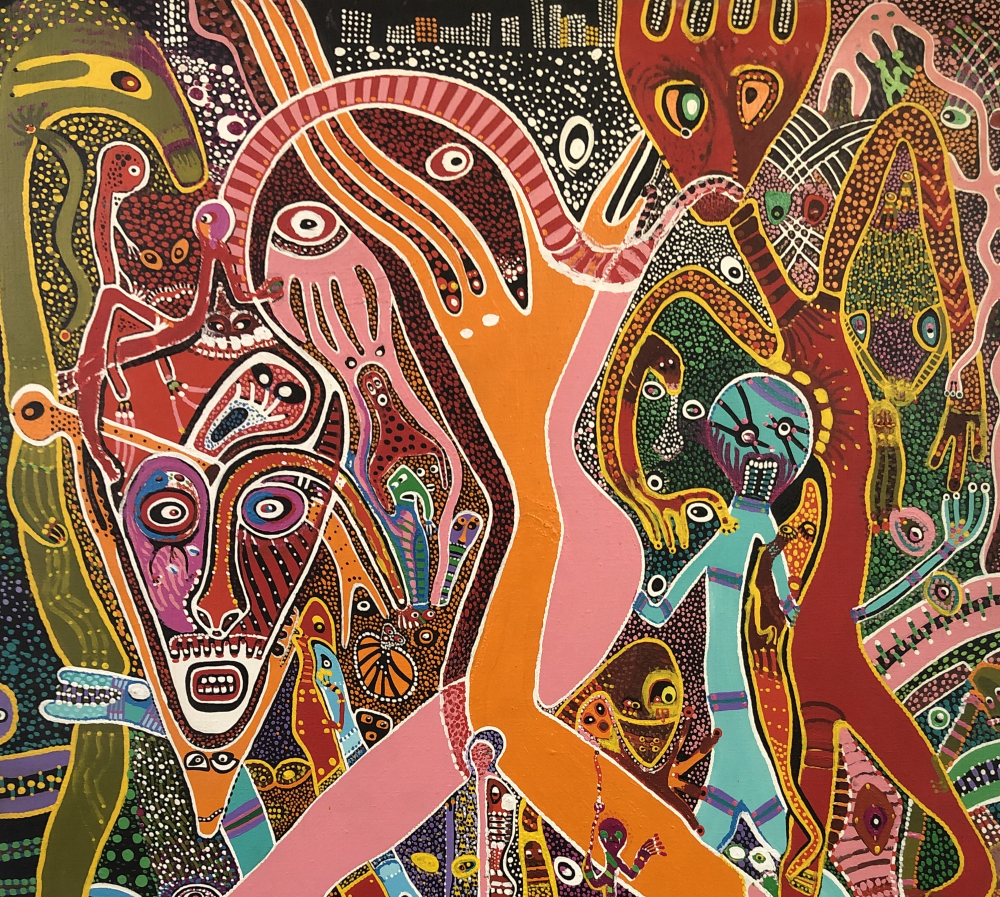 Detail from a painting by Louise Abrams

Saul Tylim had a dilemma.

He is the caregiver of a 76-year-old Putnam County woman named Louise Abrams, who over her lifetime has created thousands of paintings, drawings and sculptures. After a flush of success in the mid-1970s, she languished for decades, sidelined largely because of mental illness.

They had met in 1975 when he moved into an apartment building in New York City and encountered her in the hallway. That year, her work was exhibited by at least three galleries in Manhattan, including a solo show at the Pleiades in Soho. 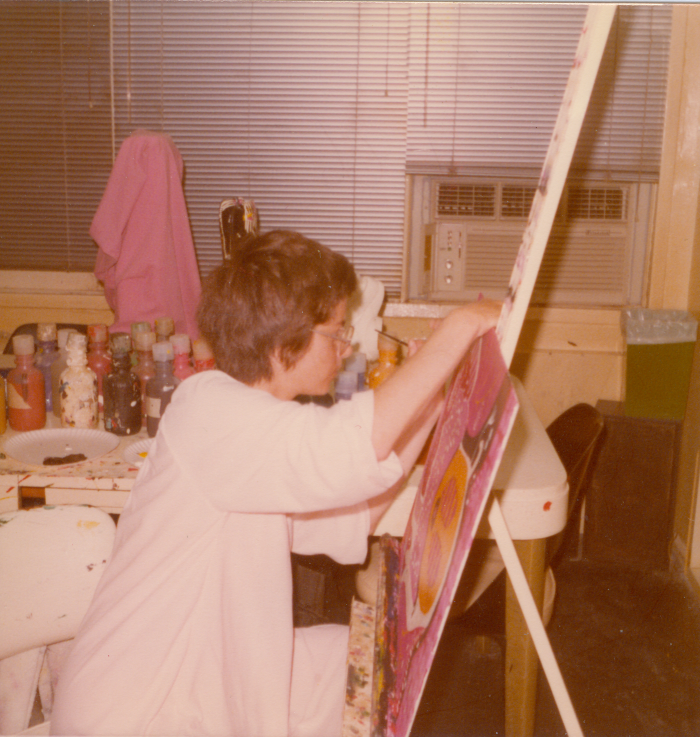 Abrams works on a painting in her New York City apartment in the late 1970s.

“I fell for her right away,” Tylim recalls. “It was a bad time for her. She wasn’t painting yet, she was mostly doing sculpture and pen-and-ink drawing. Everything was kept at home or stored with her parents. In 1976 she started painting full-time. I’m not sure why she shifted.”

They kept separate apartments but “sort of lived together until 1998, when I had this idea we were running out of room, so we moved to Putnam Valley, started a house and tried to have a life there,” he says. Although there were difficulties because of her illness, “gradually things got better, and by the year 2000 I was amazed at how she was doing: She was comfortable with herself, doing dance, art, classes; people got to know her. She had gone to a performing arts school as a dancer, and also played the piano.”

By 2007, however, Abrams was again struggling. “She tried to continue painting, although not with the same velocity,” Tylim says. Three years ago, they were forced to sell the Putnam Valley home; Tylim moved into a senior residence; Abrams, who has been in and out of institutions for decades, was placed in a psychiatric facility.

“I couldn’t keep the art, but I just couldn’t see throwing it away, so I put it all into storage,” says Tylim. “I kept about six paintings, plus some pen-and-ink drawings, for myself.”

Neil Vaughn owns Hudson Valley Auctioneers in Beacon. During his nearly 40 years in business, he has sold a great deal of art. Once in a while, an artist will pass away, leaving an archive of work behind. Maybe the pieces never sold well, or the artist didn’t want them sold. They end up being placed by the family on the auction block.

Last year Tylim contacted him, out of the blue, asking if he might take a look at a collection of artwork being stored in Mahopac. In this case, however, the artist was still alive. But Tylim, who is Abrams’ legal guardian, could no longer afford the $600-per-month storage fee and wasn’t sure what to do.

Hudson Valley Auctioneers has been going strong on Monday nights for 38 years, although since the COVID-19 shutdown bidding has taken place online rather than at its offices at 432 Main St. in Beacon.

“We started in Cold Spring [as Cold Spring Galleries] and were there for 10 years, then moved to Beacon in 1992,” Vaughn says. “We’re a full-service auction house and consignment gallery, although we do purchase estates on occasion.”

Vaughn says holding auctions at liveauctioneers.com, where the firm has more than 6,300 followers, has increased interest (see bit.ly/hva-beacon). “We used to have 250 to 350 people here in person on a good night, and we’ve had 13,500 online,” he said. “But my auctioneer skills are wasted. We miss the auction and energy in the room. Now we sit there and push buttons.”

Vaughn was astonished by what he found. “All of it had been packed and categorized by Louise over the years,” organized by date and size. “The back of each piece had a number which corresponded to when she painted it, and the colors were noted: If she used 18 colors in the painting, she put ‘18 colors.’ 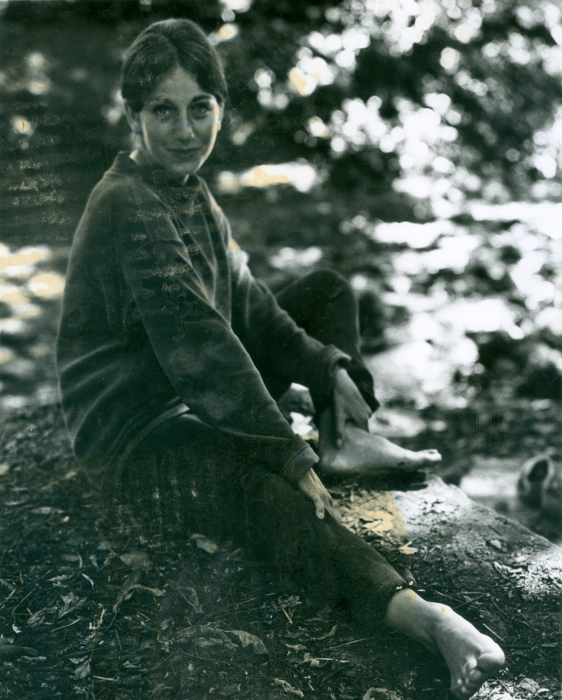 Abrams in an undated photo

“I was overwhelmed, and intrigued by her story,” he says. Vaughn paid off the overdue storage fees for Tylim and moved the artwork to his own warehouse.

Tylim says Abrams never sold any of her artwork, even when it appeared in gallery shows. Vaughn made plans to offer 600 lots over four auctions. He would market them as “outsider” art — that is, by an artist who is self-taught and outside the mainstream.

The bidding would be conducted online, starting last fall, with 200 lots. Vaughn knew the first offering would provide “an across-the-board taste.” As it turned out, the works had widespread appeal: A gallery in Santa Fe, New Mexico, made a purchase, as did buyers in Los Angeles and San Francisco and local collectors. That first auction and another in May brought prices beyond what he expected, Vaughn says, grossing about $75,000. 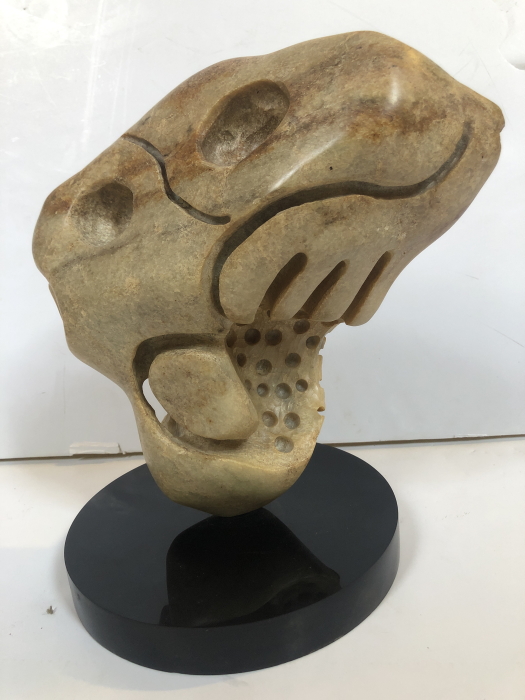 Abrams created many sculptures that are now being sold.

“There are a lot of people who are equally as enthusiastic about her work as we are,” he says, noting that while Abrams’ story is compelling, “it is the quality of the art, in terms of the genre, and from a simple human observation that these each must have taken days to paint, and there are hundreds of them. It’s amazing.”

The final two auctions of Abrams’ work will be held on Sept. 13 and in November. “That’ll finish it up,” Vaughn says, adding, “I would imagine a show of her work will be in the offing, once it’s all sold.” 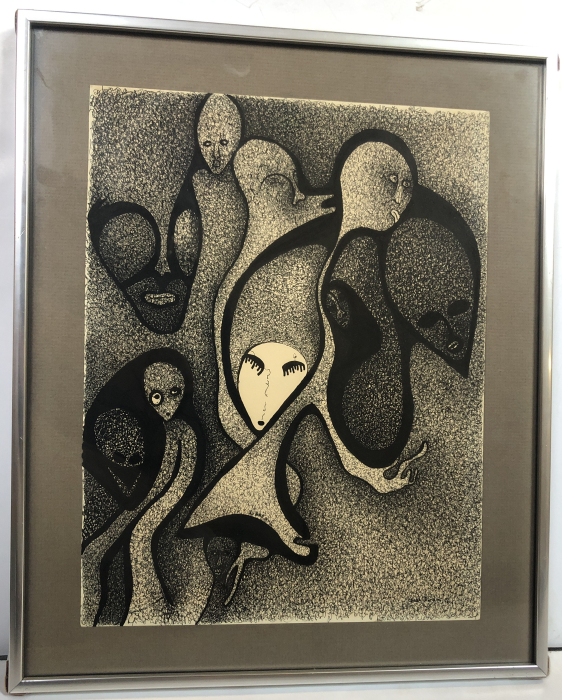 Abrams was prolific with pen and ink, as well.

Many details about Abrams’ life before she met Tylim are unknown. She graduated from the LaGuardia High School of Music & Art and Performing Arts in 1963 and aspired to be a dancer, Tylim says. According to two folders of material that she had compiled, which include a resume and news clippings, she studied in the late 1960s in New York City at the Art Students League and The New School and in Mexico at the Instituto Allende, and holds a bachelor’s degree in fine arts from the City University of New York.

Vaughn says he still marvels that the artwork nearly got thrown out because of the storage fees. “Saul is eternally grateful,” he says. “He couldn’t believe the results of the first sale. He broke down and cried, saying how happy Louise would be if she knew that people liked her paintings. He loves her.” 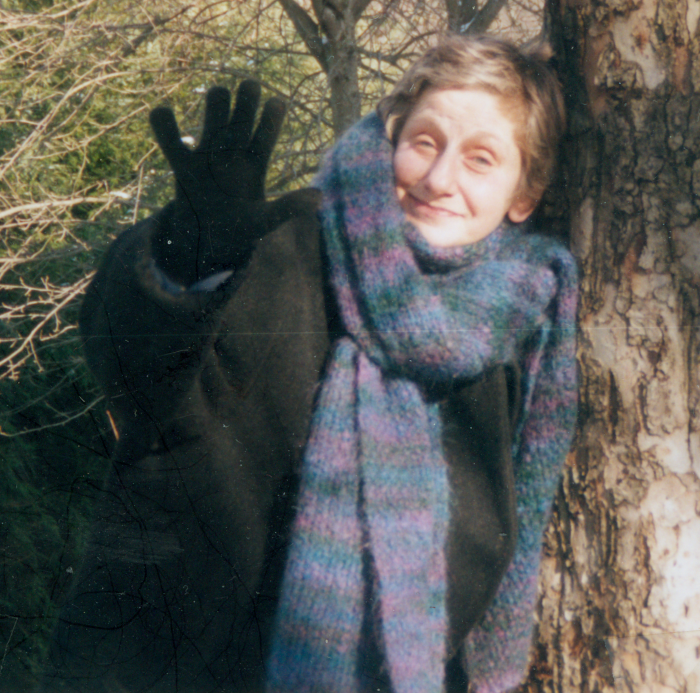 Louise Abrams in Putnam Valley in the 2000s

Tylim says he told Abrams that her artwork was being sold. “I was afraid her reaction would be, ‘I want my paintings back,’ ” he recalls. “Instead, she looked at me and grinned, which is so out of character, or at least my experience of her.

“The idea of being recognized has made her happy. Still, her condition hasn’t changed. I visit her as much as I can. She had lots of difficulties, but she always coped. Living was never easy for her. I’m so happy for her; her name is out there, she’s part of a long list of people who are called artists by the world.”