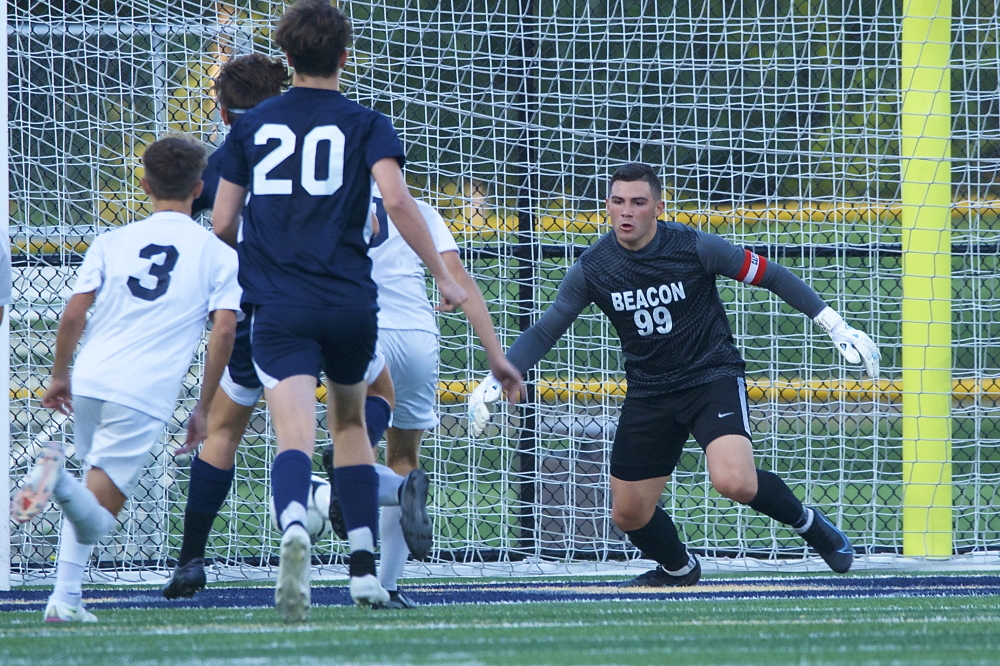 The Beacon boys’ soccer team started its season on Sept. 3 the same way it ended last fall: facing always-tough John Jay of East Fishkill. Unlike last year’s Section I championship game, the Bulldogs couldn’t keep pace with Jay this time, falling behind 2-0 by halftime on the way to a 3-0 home loss.

“In the first half I thought we struggled to adjust to their pace,” said Coach Craig Seaman. “The second half was better, and we had a couple of chances” to score. 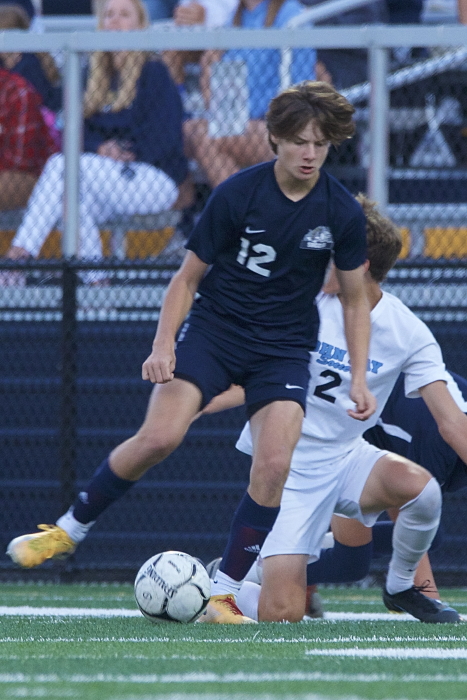 Beacon came back strong in its second game, a 4-0 win on Wednesday (Sept. 8) at Kingston. Miguel Ruiz, Andre Alzate, Dillon Kelly and Liam Murphy each had goals, and Alzate, Jack Philipbar and Gavin Ladue each had an assist.

“We played much better,” Seaman said. “It was not against the same quality opponent, but the guys are developing and growing as players. I like what I’m seeing so far, although our finishing was poor — we should have had more goals. But that’s exactly why I wanted to open against John Jay; you learn a lot going up against quality teams.” 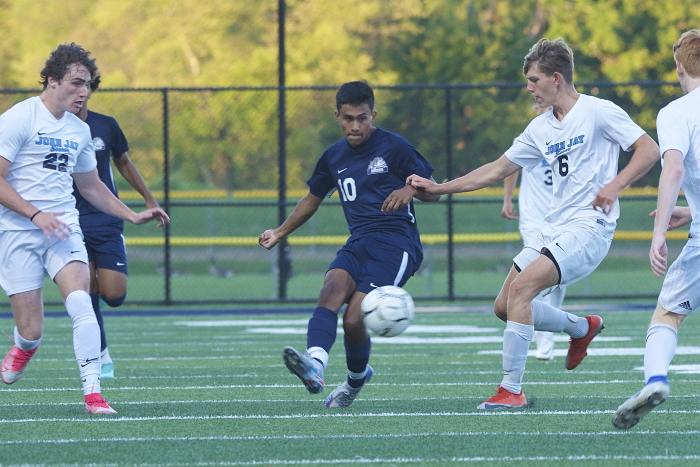 The girls’ team earned a 2-1 win Wednesday over Kingston, with Rory Ladue banging home the winner with 50 seconds remaining.

Reilly Landisi had a goal and an assist and Claire Derrenbacher had an assist. Keeper Hope Cleveringa stopped 10 shots.

“We got great minutes from [sophomore] Kasey Senior and [freshman] Noelle Haaes,” said Coach Hugo Alzate. “We got our first taste of Section IX action; Kingston wore us down, but the girls were able to endure the pressure.”

Beacon will visit Port Jervis on Monday (Sept. 13) and Valley Central on Friday.