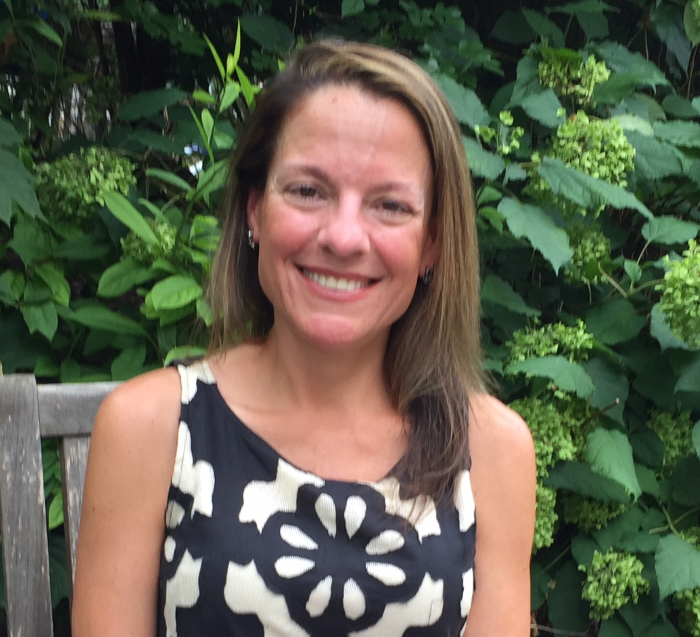 Johanna Reinhardt, who in June succeeded Gillian Murphy at the Julia Butterfield Memorial Library in Cold Spring, says her 17-year journey from volunteer to director was “a natural progression.”

The first time Reinhardt stepped across the Butterfield threshold, she was holding the hand of her toddler son and was excited to learn of the impending Big Truck Day. (That boy is now a freshman at the Rochester Institute of Technology.)

Soon Reinhardt was working “very part-time” — three hours on Sundays — and filling in during staff vacations. Over the years, the hours grew and so did the responsibilities, which began with assisting with children’s programming, then, in 2009, overseeing it, as well as managing a program to help patrons apply for or renew U.S. passports.

“Who knew I would have a strange love for that?” she says. “I like order, and the process for working out what is needed. Plus, I used to be a big traveler, so I love living vicariously” through other people’s vacations.

Reinhardt grew up in New Jersey, Michigan and Minnesota, and considers herself an East Coast/Midwestern hybrid — “it made me adaptable and flexible.” She has a master’s degree in educational policy from Teachers’ College at Columbia University and worked for a time on Capitol Hill.

Along with coping with the stresses of the pandemic, the library is in the midst of a renovation. “Because we’re small, things are still in disarray, but we’re hopeful for [completion] next summer,” she says.

She adds: “We’re in a small building but we try to be as big as we can, which is true of every organization in town. We listen to what the community wants and we do our best to provide whatever we can. We’ll bring a book to you, to your car and, on a weekly basis, to homes. We even have the ability to leave it outside for people when we’re closed. There’s always a workaround.

“Libraries are so much more than the books they house; they’re vital community centers,” Reinhardt says. “Now, more than ever, I believe collaboration and a commitment to environmental sustainability are imperative. I don’t think there’s ever been a time of such constant changes. It’s exhausting for patrons and staff.”

Many programs are taking place outdoors, she notes, especially because “we’ve found that virtual programming for children just doesn’t work. With adults, it’s quite the opposite. For instance, we’ve had a tremendous turnout for the silent movies streaming, with lots of chatroom banter — the last time, it lasted at least an hour afterward.”

On Sept. 18, Butterfield will host a tag sale to raise money for its sustainability project. “There’ll be discussions about possible initiatives,” she says. “For instance, we’ll be talking about the feasibility of [electric-car] charging stations for our parking lot. With our old building, we want to maintain the character without leaving much of a footprint — to find our balance. The library itself is a natural progression of sustainability.

“We’ve been working on strengthening our collaborative relationships with many local organizations,” she adds. “Everyone’s looking for a connection, and the library is critical because it inherently instills a sense of community. Even just getting them a library card gives kids a sense of belonging.”