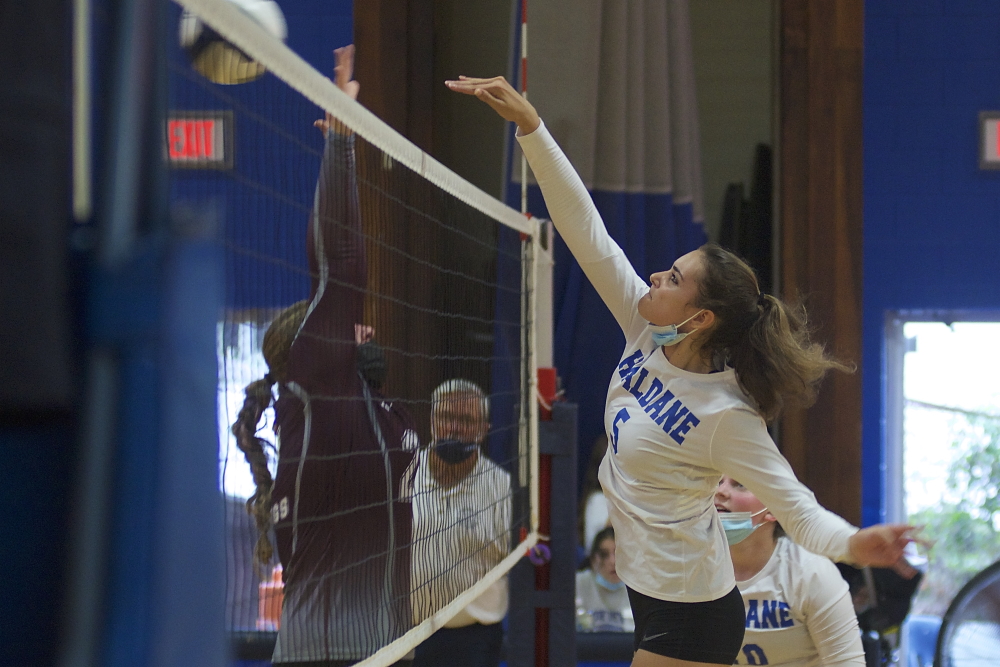 Maddy Gardephe plays a ball at the net during a 3-1 win over Valhalla. (Photo by S. Pearlman)

Anyone watching the first set of the volleyball match on Wednesday (Sept. 22) between Haldane and Valhalla in Cold Spring might have thought the Vikings — who seemed to be doing everything right in a 25-11 win — were headed for a straight-set victory. 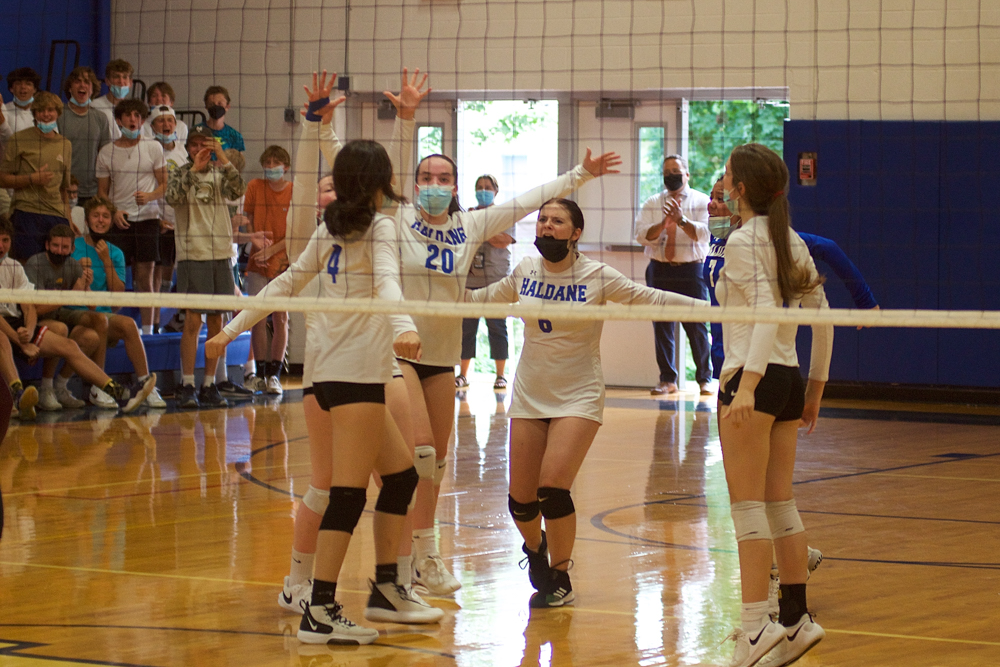 “That was a huge win for us because of that first set,” said Coach Kristina Roling. “The team rallied and finished strong. Valhalla had a great server, and she got 15 or so points on us in a row. We got a little frustrated, and maybe there were some jitters playing in front of fans again.” 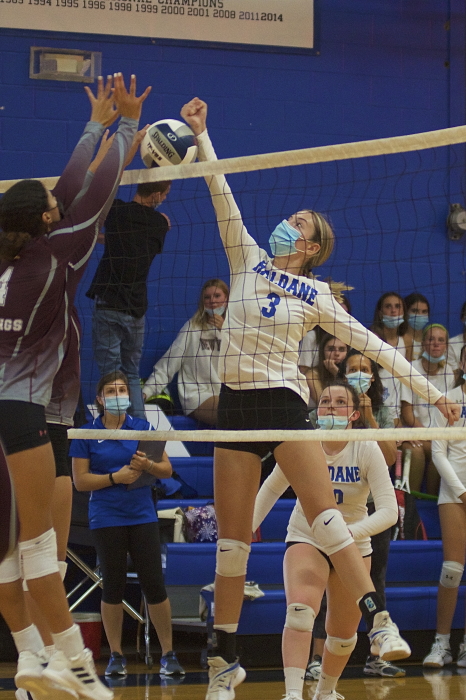 Kate Jordan (3) of Haldane looks for the finish at the net Wednesday at home. (Photo by S. Pearlman)

Before the second set, Roling told her team “to come out with energy. They were communicating and talking, and we played a lot better.”

Jill Weinphal led Haldane in kills with 11 and added 14 digs, while Meghan Tomann had 16 assists and four aces and Megan Farrell had 16 digs and four aces.

“Jill did an amazing job,” Roling said. “Meghan was awesome getting to everything and Scotia Hartford had some amazing blocks. Megan Farrell, our libero, did a wonderful job reading the ball and passing.”

Haldane is scheduled to visit Pleasantville today (Sept. 24) and play in a tournament at Briarcliff on Saturday. It will host Croton-Harmon and North Salem early next week before traveling to Croton-Harmon on Thursday.