Phil Geoffrey Bond, of Garrison, has been producing and hosting Sondheim Unplugged since 2010, most recently at Feinstein’s/54 Below in Manhattan. The next show is scheduled for Jan. 23. 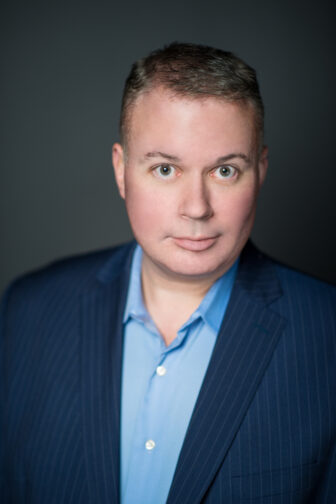 Have you been surprised at the depth of responses, particularly the crowds in New York City, to Stephen Sondheim’s death at age 91 on Nov. 26?

Not at all. It’s been beautiful to see.

What was your response to hearing a Sondheim score for the first time?

I was 14 when PBS aired the 1990 New York City Opera production of A Little Night Music. I stumbled upon it on the 19-inch TV in my bedroom in rural Indiana. It completely captivated me. I had no idea that a musical story could be told in such a unique way, and funny. People often overlook Sondheim’s immense sense of humor and irony. It was the beginning of a lifelong obsession and, as it turns out, profession.

What was the feeling in the room at Sondheim Unplugged on Nov. 28?

Surreal. We were all shellshocked. We’re in the middle of releasing three volumes of cast recordings called Sondheim Unplugged: The NYC Sessions — 70 artists and 125 songs. Steve and I had met and traded emails on occasion; I decided to send him the CD. I guess I was looking for his blessing or, at the very least, didn’t want him to be angry that I hadn’t given him a heads up. He wrote me on Nov. 18, thanking me and saying he looked forward to listening to it, and to volumes 2 and 3. Twenty minutes after I opened his letter, I was informed of his passing. I couldn’t speak at first — it just didn’t seem real. The show two days later was somber but ended up being celebratory. When the lights went down and the opening chords were struck and the actors slowly made their way onstage, the room burst open with applause and sobs. We all just needed it.

How did Sondheim influence your life?

He gave me a life in the theater.